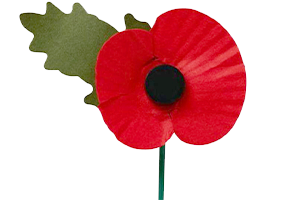 Dawsons Auctioneers & Valuers were honoured to have recently taken to auction Colonel Pragnell’s incredible medals, cavalry dress swords, full dress-uniform and much more extraordinarily preserved equipment. The entire collection was contained in his personal trunk and had been lovingly and individually wrapped in newspaper dated 1958, following his death in 1957. It had not been opened for over 60 years until it arrived at the Dawsons saleroom. It was an incredibly poignant moment as each piece of equipment was carefully unwrapped.

Ben Haynes, Chairman of Dawsons said; ‘As I unpacked and examined layer after layer of items, I realised that this was something very special. A complete, untouched collection of a soldier’s personal, military equipment. The smell of the leather, the rubbing on the boots from riding, the spurs with their worn rowels. Once it was all laid out, I admit I got a bit emotional. This man rode a horse into conflict against machine guns, artillery shells, barbed wire and tanks…and survived.’

Born in London (1881), Colonel Thomas Wykeham Pragnell joined the 4th Queens Own Hussars in 1900. He became a Captain by the beginning of the Great War in 1914 and was promoted to the rank of Major by the end of the conflict in 1918. After the Great War he remained in active service including in southern Africa. He was an avid and accomplished horseman and enjoyed all kinds of equestrian competition and sport.

The 4th Queen’s Own Hussars was a cavalry regiment in the British Army, first raised in 1685. It saw service for three centuries, including both the First and Second World Wars. It amalgamated with the 8th King’s Royal Irish Hussars, to form the Queen’s Royal Irish Hussars in 1958. Interestingly, the regiment was in the second line of cavalry on the right flank during the infamous Charge of the Light Brigade at the Battle of Balaclava in October 1854.

Colonel Pragnell served with distinction during the 1st World War and was mentioned in dispatches, possibly for his involvement in the first battle of Ypres, and again for additional engagements that took place throughout 1917. The regiment, which was based on the Curragh at the commencement of the First World War, landed in France as part of the 3rd Cavalry Brigade in the 2nd Cavalry Division in August 1914 for service on the Western Front, which is where Colonel Pragnell would have first seen action.

During the Second World War, Colonel Pragnell was Assistant Military Secretary for Western Command, for which he was awarded a military CBE in January 1945. The regiment itself, was posted to the Middle East arriving on 31 December 1940 and as part of the 1st Armoured Brigade in the 6th Australian Infantry Division fought in the Greek Campaign. June 1941, the regiment was reconstituted in Cairo and re-joined the 1st Armoured Brigade in the North African Campaign. The regiment fought with distinction in the Italian campaign during the allied advance into the Axis territories.

Sir Winston Churchill became Honorary Colonel of the Regiment in 1941. Colonel Pragnell himself had a real interest in military history and took over editorship of 'A Short History of the 4th Hussars', still available at the British Library. His base in the UK was the Red House at Shiplake, now part of Shiplake College and he lived there until his death in 1957.

This associated George V presentation statue of a cavalry officer on horseback, was made by Garrard & Co in 1914. The presentation plague to Major T W Pragnell ‘on the occasion of his marriage, by the officers of the IV Queen’s Own Hussars’.