Are you sitting on a fortune?

We take a close look at the antiques & collectables to look out for in 2022.

Recent times have been anything but predictable. Lockdowns and working from home rather than in the office have changed the way consumers purchase, some would say irrevocably, whilst also giving rise to the popularity of online auctions. Many have spent a large portion of 2020 and 2021 clearing out and decluttering, and it is only natural to assume that more hidden treasures are likely to make their way to market in the foreseeable future.

Here at Dawsons, we have put together our top 10 Antiques & Collectables to look out for in 2022.

Whilst antique jewellery is always sought-after, the old-world charm and overall sustainability of Victorian Jewellery is driving demand to new heights. Queen Victoria was considered a fashion icon of the time, and jewellery produced during her reign was predominantly driven by her personal style. Snake rings surged in popularity after Prince Albert gifted her with one, and when he sadly passed away, remembrance jewellery and dark/dull gemstones became a symbol of solidarity in mourning with the Queen.

Floral motifs; hearts, love and romance; token rings, where gemstones are carefully set to spell out a word, for example: R(uby)E(merald)G(arnet)A(methyst)R(uby)D(diamond); animal heads; bows; knots; single stone rings; cameos; and Greek style designs are all examples of other popular trends during this iconic sentimental era.

A large amount of Victorian jewellery was forged in lower carat gold, typically 15ct, and often given a “wash” of high carat gold. This “wash” would create a creamy or frosted appearance, which over time may have worn, particularly to vulnerable areas such the edge of a brooch or necklace. 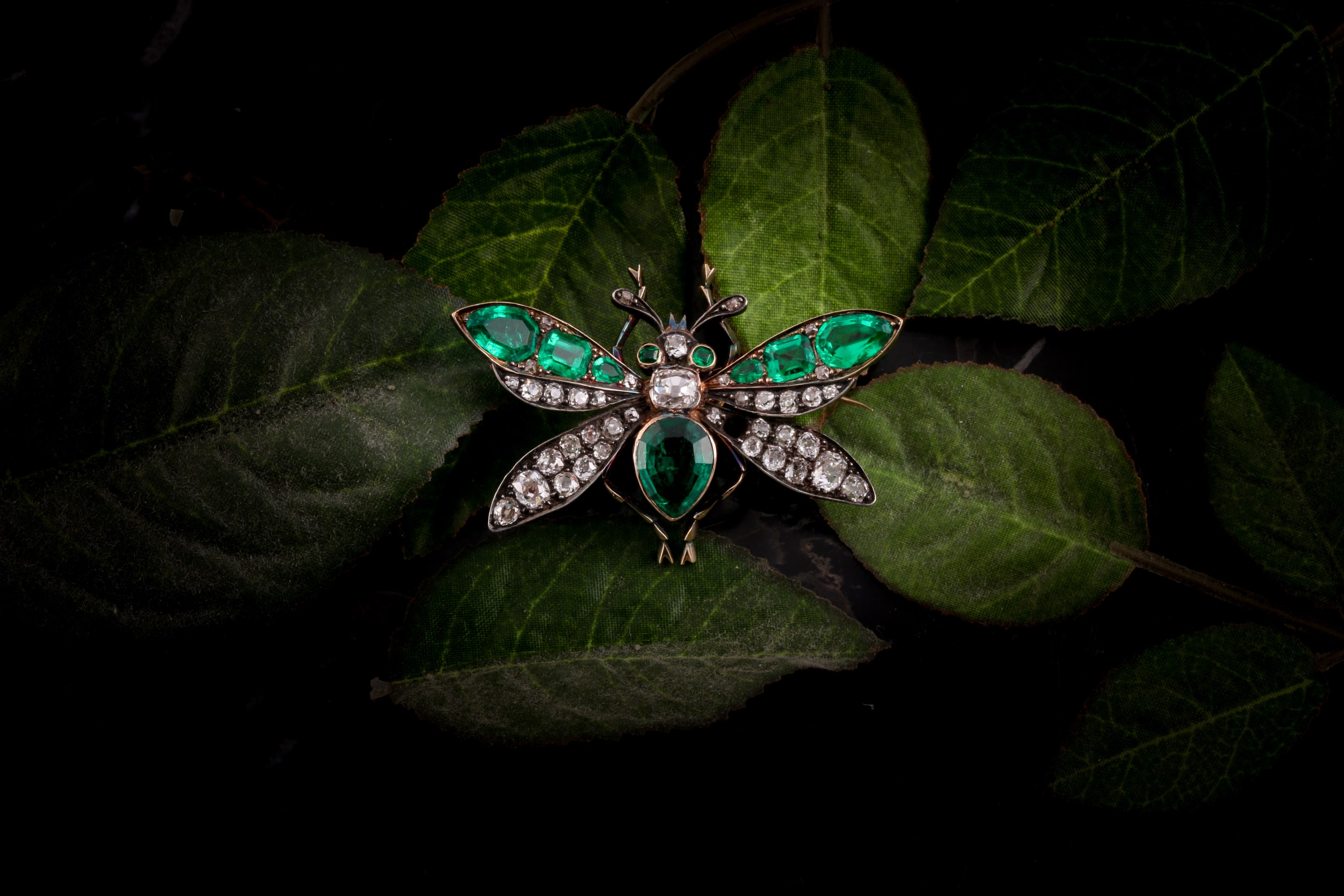 A Victorian diamond and emerald insect brooch in the form of a fly. Sold for £15,500.

Lowry always claimed to only use five colours: flake white (lead white), ivory black, vermillion red, Prussian blue and yellow ochre, produced by Winsor & Newton, but photos from the 1950s, proved that he had experimented with both titanium white and zinc white. 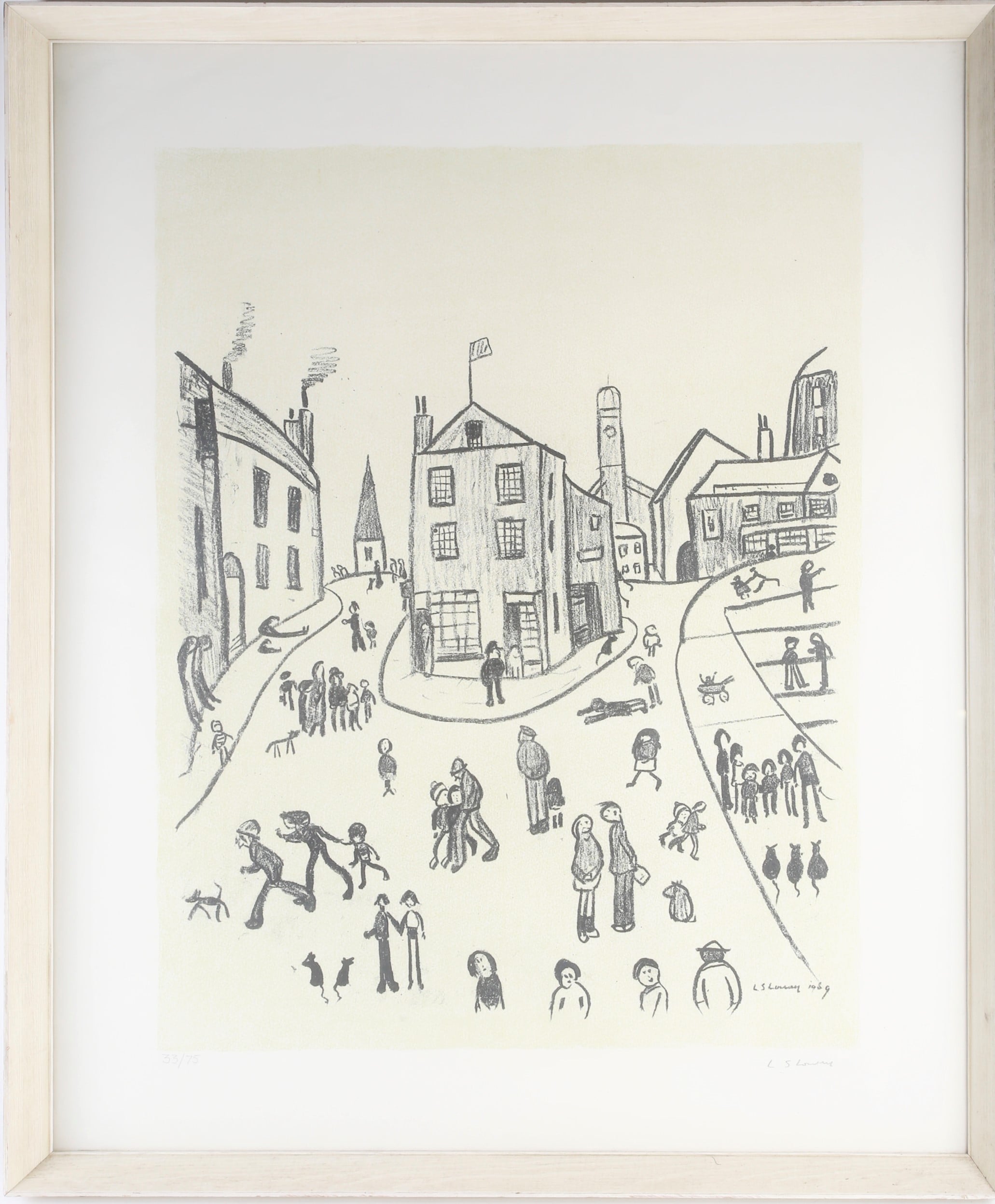 The demand for vintage Rolex watches continues to grow steadily, leaving enthusiasts yearning for unique and rare finds. An emerging trend for purchasing a birth-year watch, has led to a further increase in demand for models produced in the last 40 or 50 years. Rolex increased their prices at the beginning of 2020, and the second-hand market has followed suit.

If you have a vintage Rolex hiding in your drawer, no matter the condition, you may be surprised how much it could achieve on auction. Flaws that were once considered undesirable, for example, dials faded from sun exposure (“Tropical dials”) have become rare and quite highly sought after, as modern models do not suffer from this form of wear. 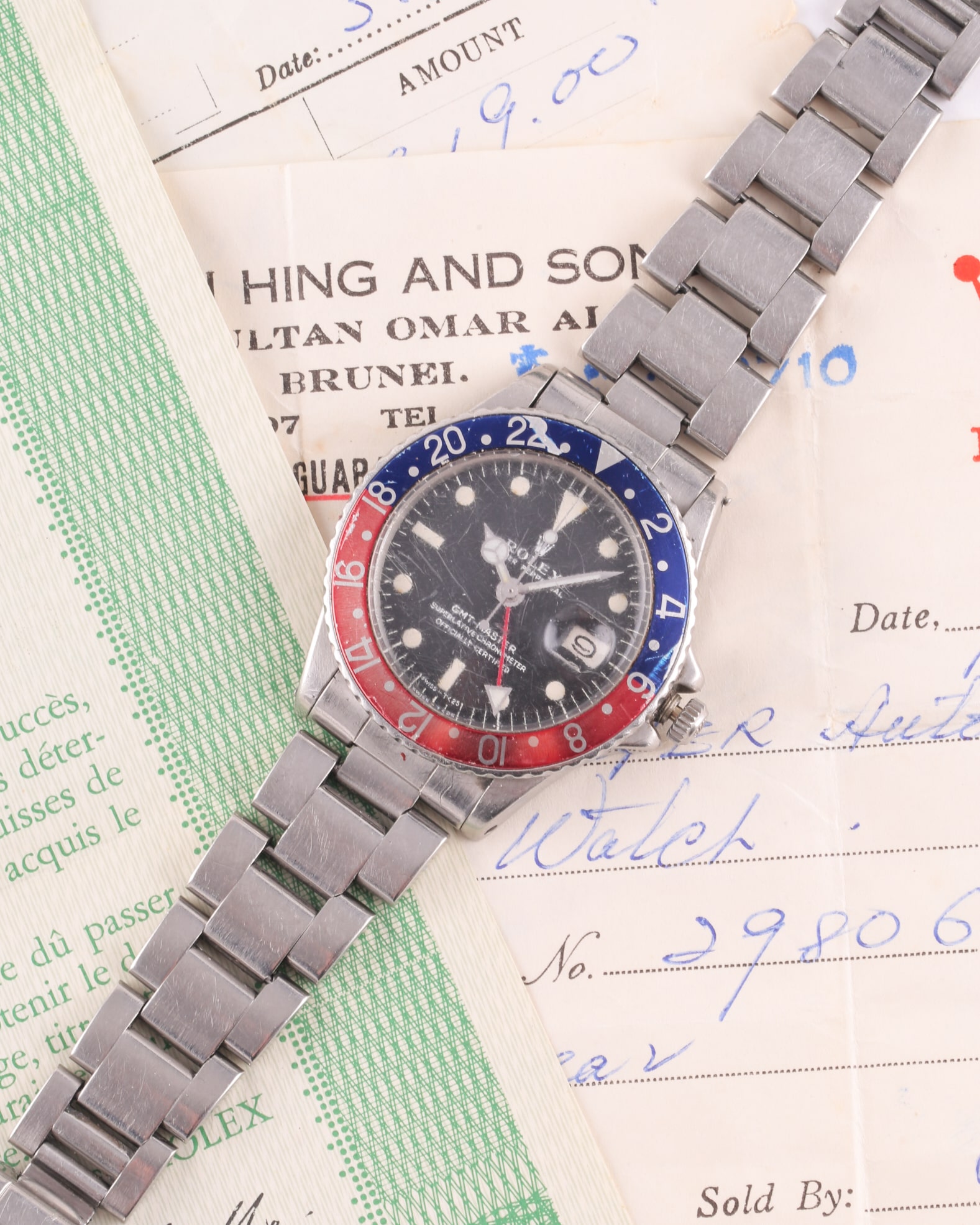 The Art of Nihontō (Japanese Sword) is rather complex with many different types, each with its own size, shape and name (katana, wakizashi, tachi). Every part of the sword will be symbolic of an aspect of the culture, era or original owner. The blades are renowned for being some of the finest ever made, so naturally, they have been subject to forgery through the years. Inferior fakes use aluminium instead of steel - which is magnetic.

Single components of these swords can achieve hundreds of pounds, so obtaining a proper valuation is critical. The maker’s name, size, condition, inscriptions and provenance, are factors that will be considered as a whole rather than individually. Never attempt dis-assemble a sword unless you know what you are doing, it may result in serious injury and/or damage to the sword. 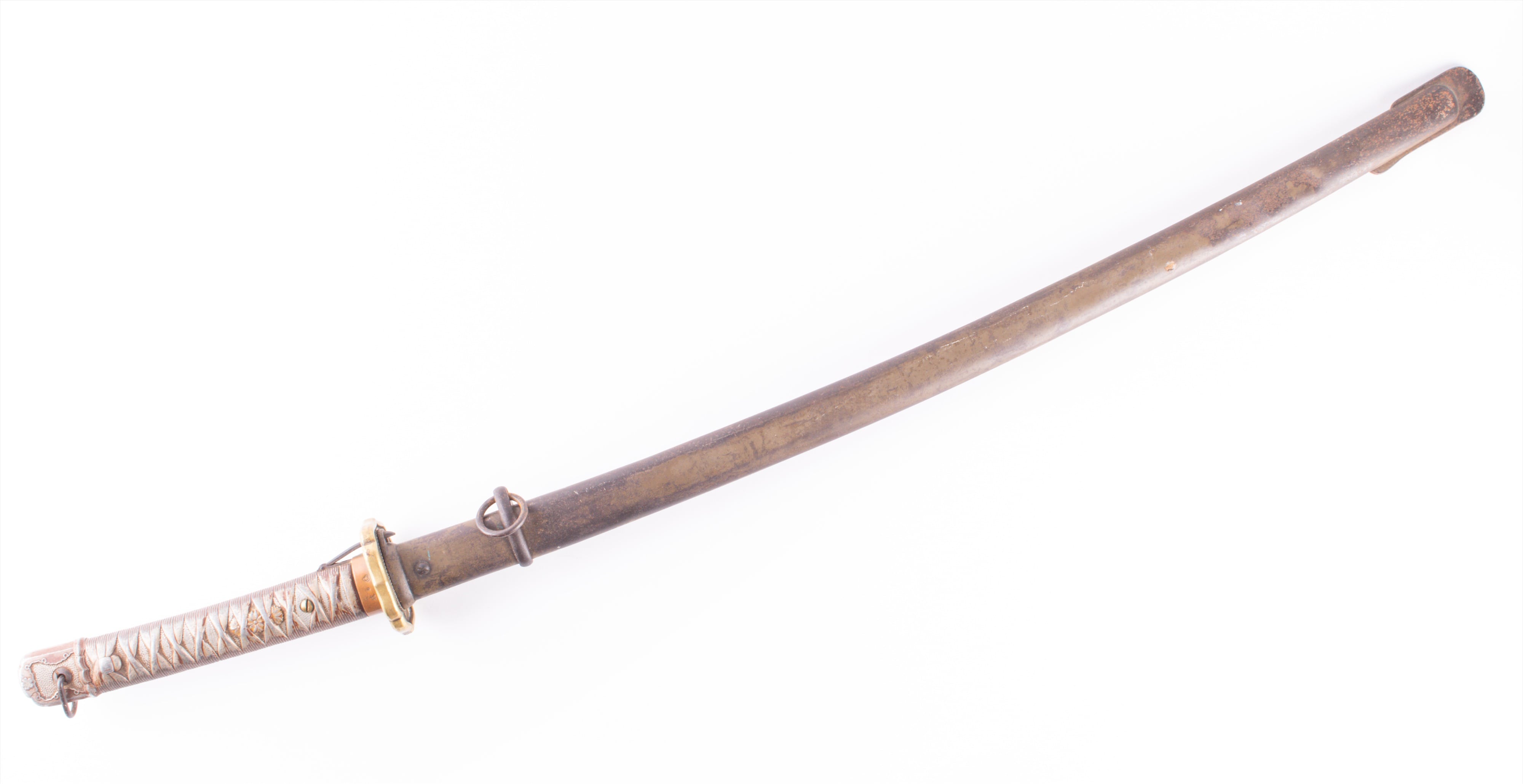 There are some types of silver that have stood the test of time and remain highly sought after, such as Irish silver or Paul Storr. You may be surprised to learn that over the last couple of decades, Chinese silver has emerged to become quite collectable, and the market continues to evolve.

The decoration is usually a good indicator of origin, followed closely by hallmarks and stamps. As the majority of collectors based in mainland China, preference for traditional motifs, such as the dragon, enamelled details and silver gilt are currently in favour. Dragons are extremely important animals in the Chinese culture, representing the emperor. 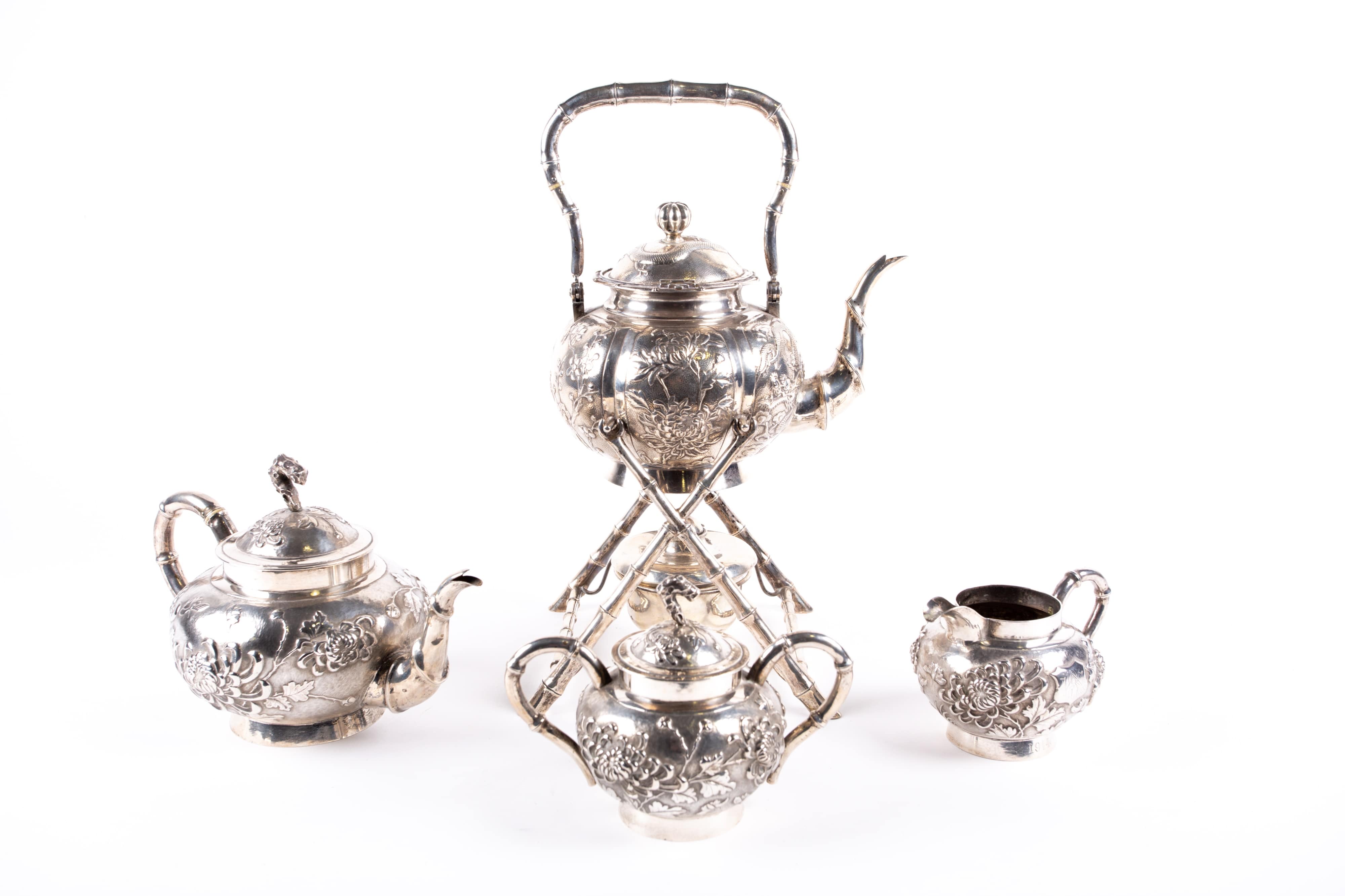 One of the most prominent periods of all furniture production, was during the reign of King Louis XV. Smaller intimate rooms replaced grand suites, furniture became practical and readily transportable without losing any of its elegance, comfort and well-being. Termed ‘Rococo' style, the curved, unrestrained, asymmetrical patterns in precious wood are typical identifying features of this period, but also its ornamentation.

With so many companies opting to continue allowing their staff to work from home, the need for adequate home office spaces has grown significantly. As such, the demand for chairs, desks and decorative items has expanded and is likely to keep rising. 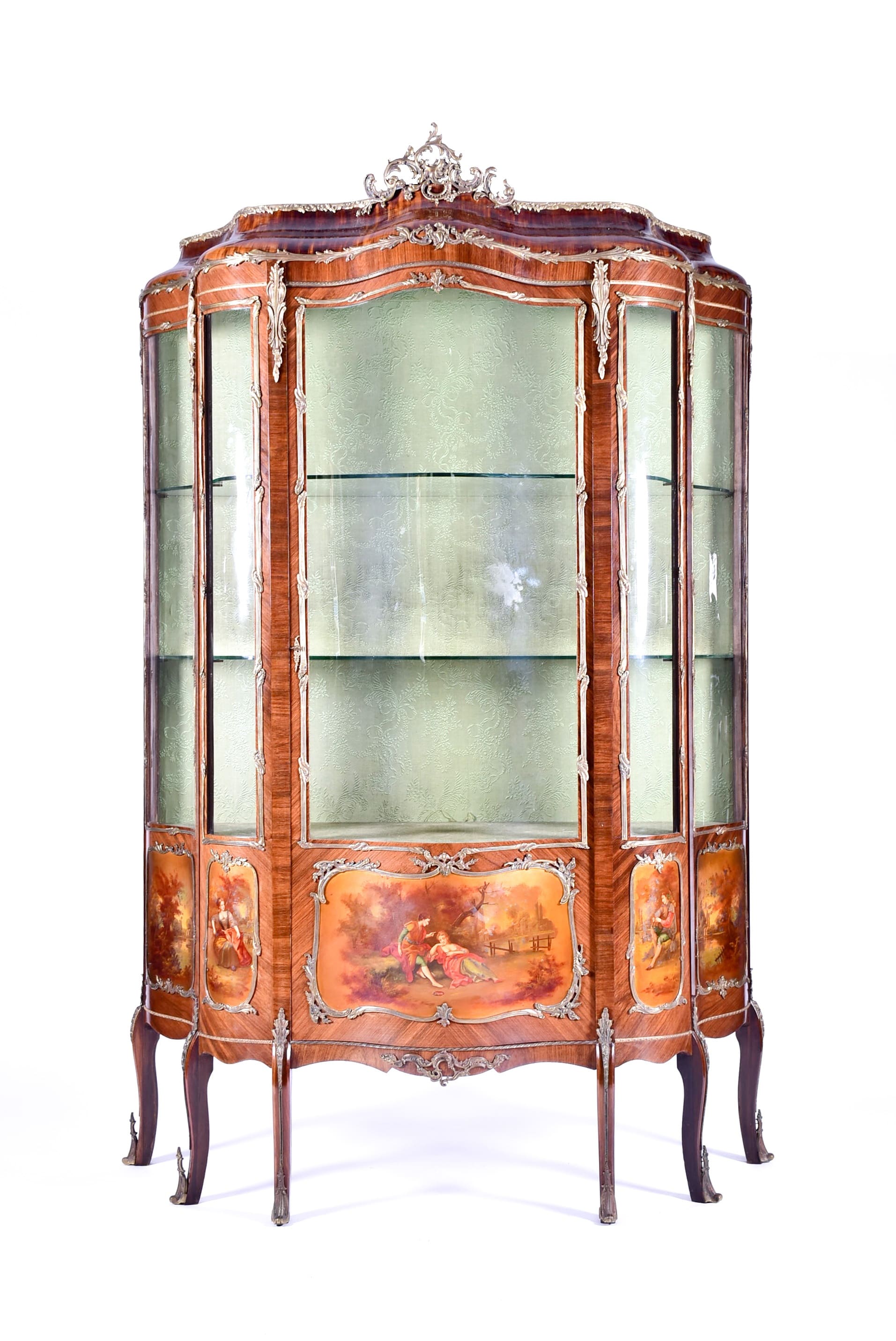 Scotland has an enchantingly rich artistic heritage, that does not conform to identifiable features and distinct movements that we would find elsewhere in art history. From the Renaissance period, through to the 19th century, we can discern many talented artists and designers, which will often be grouped together within clusters according to period and common style.

The appreciation and demand for these works continues to expand, so we always recommend obtaining up to date valuations for your artwork. 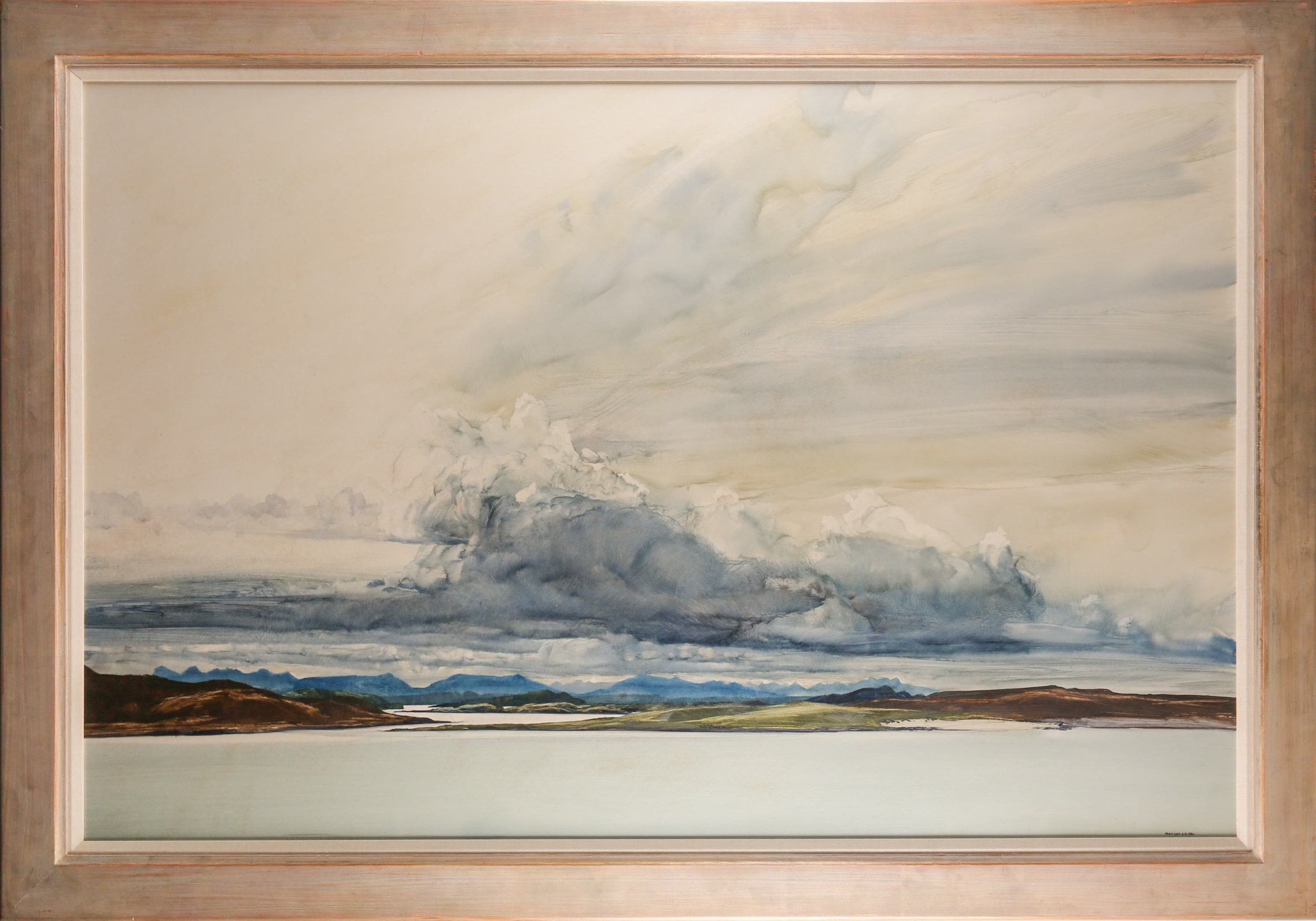 Spanning three centuries, Maltese furniture was produced from approximately the 17th to the 19th centuries, and commands a premium. The island of Malta was the centre of European maritime trade and with the exception of Valletta, Mdina and the three cities, most towns only had a local population of a few hundred.

The few wealthy and elite that settled here created a demand for furniture distinctive in both design and workmanship, whilst relying on the use of locally available woods. Closely following European trends at the time, especially from Italy and France, appearance is characteristic of Maltese furniture.

Early pioneers of the studio pottery movement, the four Martin brothers erratically produced distinctive salt-glazed stoneware pottery from the 1870s through to 1923. Each brother had a specific role within the Studio; Robert Wallace, the eldest, was responsible for modelling the figures; Walter fired the kiln, mixed glazes and threw the pots; Edwin was the leading decorator; and Charles, the youngest and possibly most eccentric of the bunch, ran the shop and gallery at High Holborn, London. He apparently hated to let go of any of the wares and hid many of the best ones, whilst actively discouraging many prospective buyers.

Famed for their Gothic-style Wally birds and grotesque sculptures, bowls, and vessels decorated with sea creatures, Martin Brothers pottery was highly collectable, even at the time of production, and remains popular today, often achieving exceptional prices. 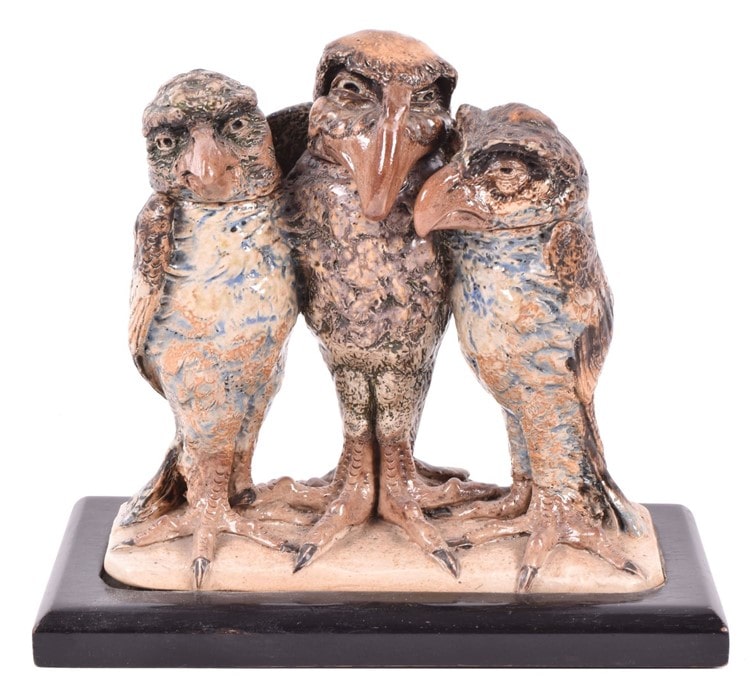 The 1925 Leipzig Spring Fair in Germany saw the introduction of a camera that would change photography forever, the Leica 0. Developed by Leitz Director of Research, Oskar Barnack, the metal-body had a collapsible lens and focal plane shutter. It was the first camera with measures to prevent double exposure, combining film winding and shutter cocking.

The company, Leitz, was considered a leader in the camera industry during the mid- to late 20th century. Even the earliest examples can still work perfectly today and are therefore highly sought after by collectors and enthusiasts alike. Leicas made before May 1945 have the initials D.R.P.("Deutsches Reichpatent")and those produced after World War II will have the D.B.P. mark ("Deutsches Bundespatent")

With society’s drive towards a greener and more sustainable lifestyle, the trend for second-hand, vintage and antique seems to be heading in one direction, and that’s up! You might be surprised to discover a piece of your clutter is worth a substantial sum, as the saying goes “one man's rubbish is another man's treasure”.

You never know when you might need to raise some cash to finally take that holiday you’ve been planning since the first lockdown!

Please do get in touch should you have any queries or maybe you have an item you would like to have valued. We would love to hear from you.

Note that our offices will be closed for the festive period from the 24th of December, opening again on the 4th of January. We would like to take this opportunity to thank all of our clients for their support throughout 2021 and wish them all the best for 2022.