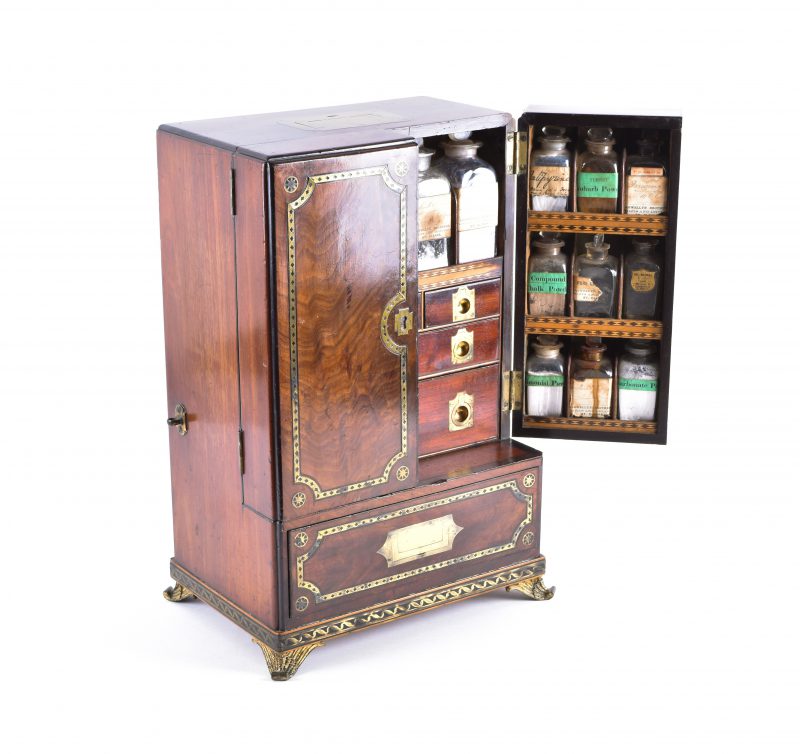 We will be offering a large, single-owner collection of 18th century and later medicine chests (with related items) in our November 23rd sale, all gathered by an enthusiastic Berkshire collector. Early examples include a mahogany ‘spice cupboard’ type chest, circa 1800, containing hidden sections, numerous original bottles and contents, a mahogany chest, circa 1780, the interior bottles behind fenestrated windows, and a Sheraton period travelling cabinet, mahogany and inlaid, on four castors with contents.

A rare and large Regency example, probably originally supplied by Reece’s Medical Hall, of Piccadilly, is estimated at £7,000 – £10,000 (+ BP). The figured mahogany chest has extensive brass and marquetry inlay, with a plush lined interior and numerous bottles with contents, many bearing the original label for Llewellyn Brothers of St Clears, Glamorgan. It carries brass side fixing points, indicating its likely naval or campaign use. 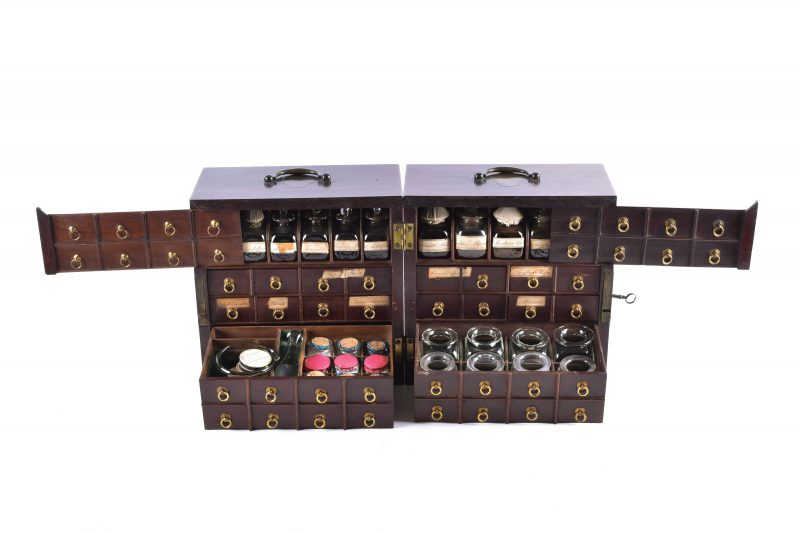 The collection gives a good sample of the change in style of medicine chests in Britain, from the fine examples owned by the wealthy for domestic use, through to the more functional, but still well-appointed chests of the second half of the 19th century. 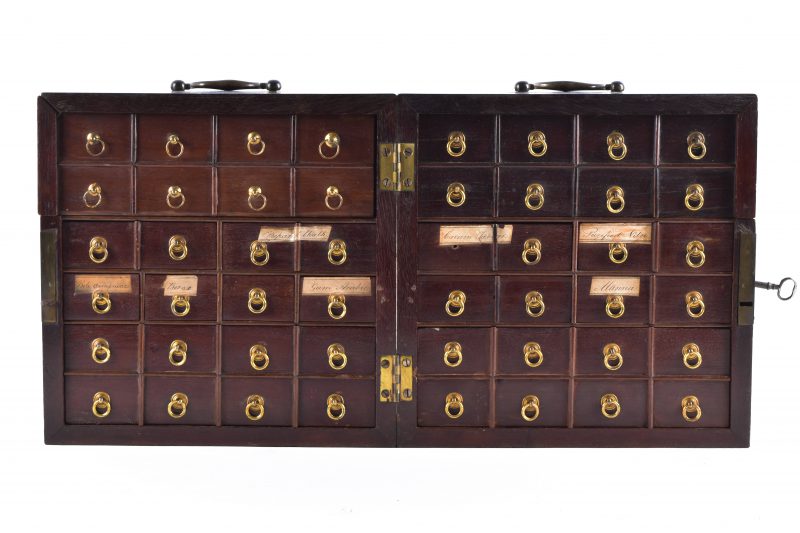