Dawsons take a look into this interesting tradition

The month you were born will correlate with a particular birthstone; birthstones are a collection of precious gemstones that each provide a different meaning and symbolise something different.

Each birthstone has a fascinating history and continues to bring health and wellness to those who wear them.

What is my birthstone?

We have created a list so you can quickly find your unique gem. You can even refer to this list for birthdays or anniversaries to make a gift that bit more special! Please do keep in mind that some months have more than one gem.

Traditionally, birthstones have a reputation for promoting the health and well-being of people born in their months. The birthstone colours add to the gemstones' representative qualities. Find your birth month below and learn more about these beautiful gemstones and their unique properties.

It is said that the garnet gemstone provides protection from nightmares and offers its wearer guidance in the night. The deep red colour of this gemstone symbolises faith, courage, and love. Garnet's power is not limited to adults; it can even protect children from nightmares and promote self-worth. Legend has it the unique gem can protect the wearer's heart, lungs and increase energy levels. 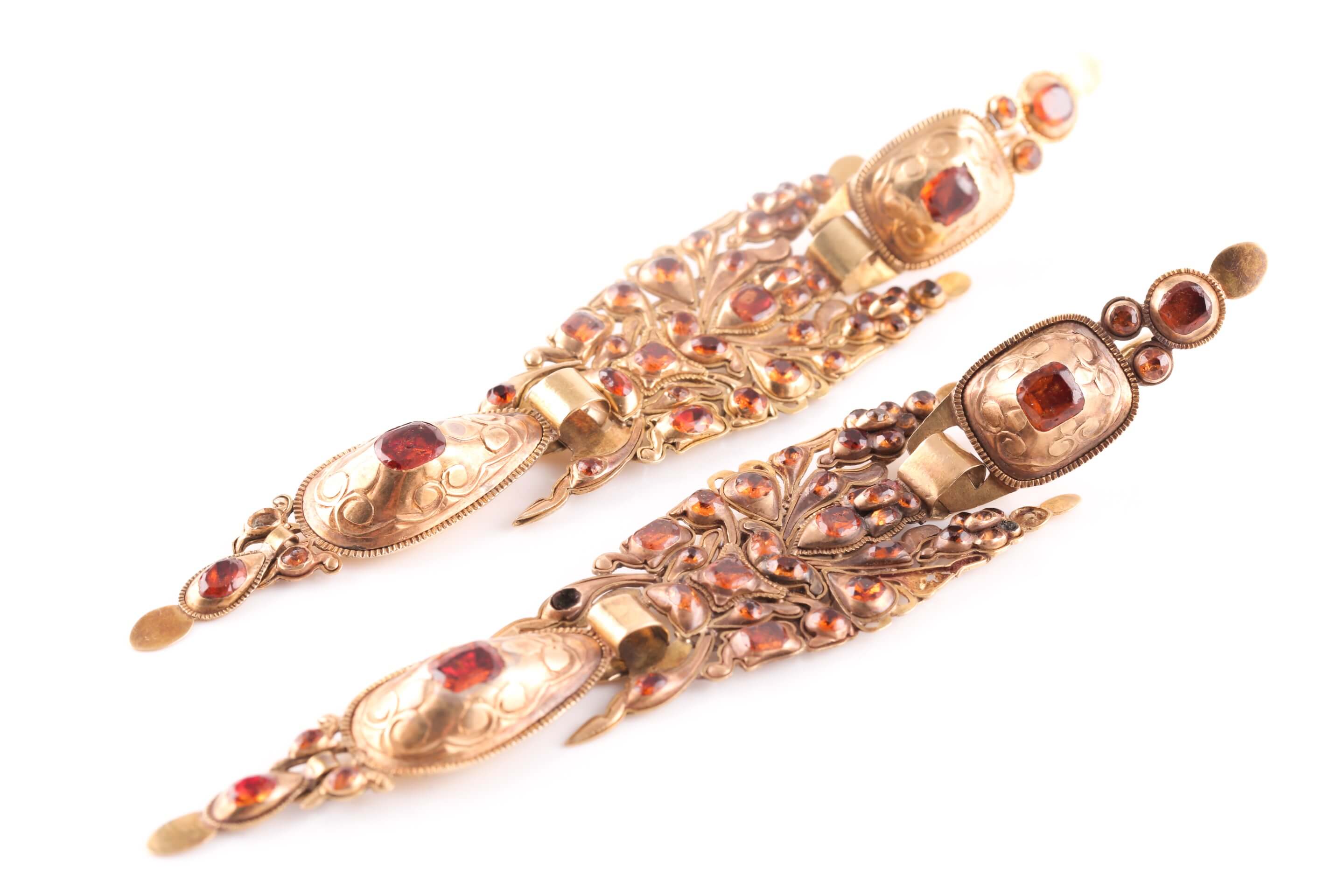 A pair of Spanish hessonite garnet earrings. Sold for £2,000

The February birthstone, amethyst, is said to strengthen relationships and offer its wearer courage. The Ancient Greeks boasted that amethyst could theoretically protect its wearer from drunkenness and arthritis. Even the name alludes to protecting one from a drunken state, "amethyst" comes from amethystos, meaning "sober" in Greek. This gemstone was held to such a high degree that at one time in history, only royalty could wear it. 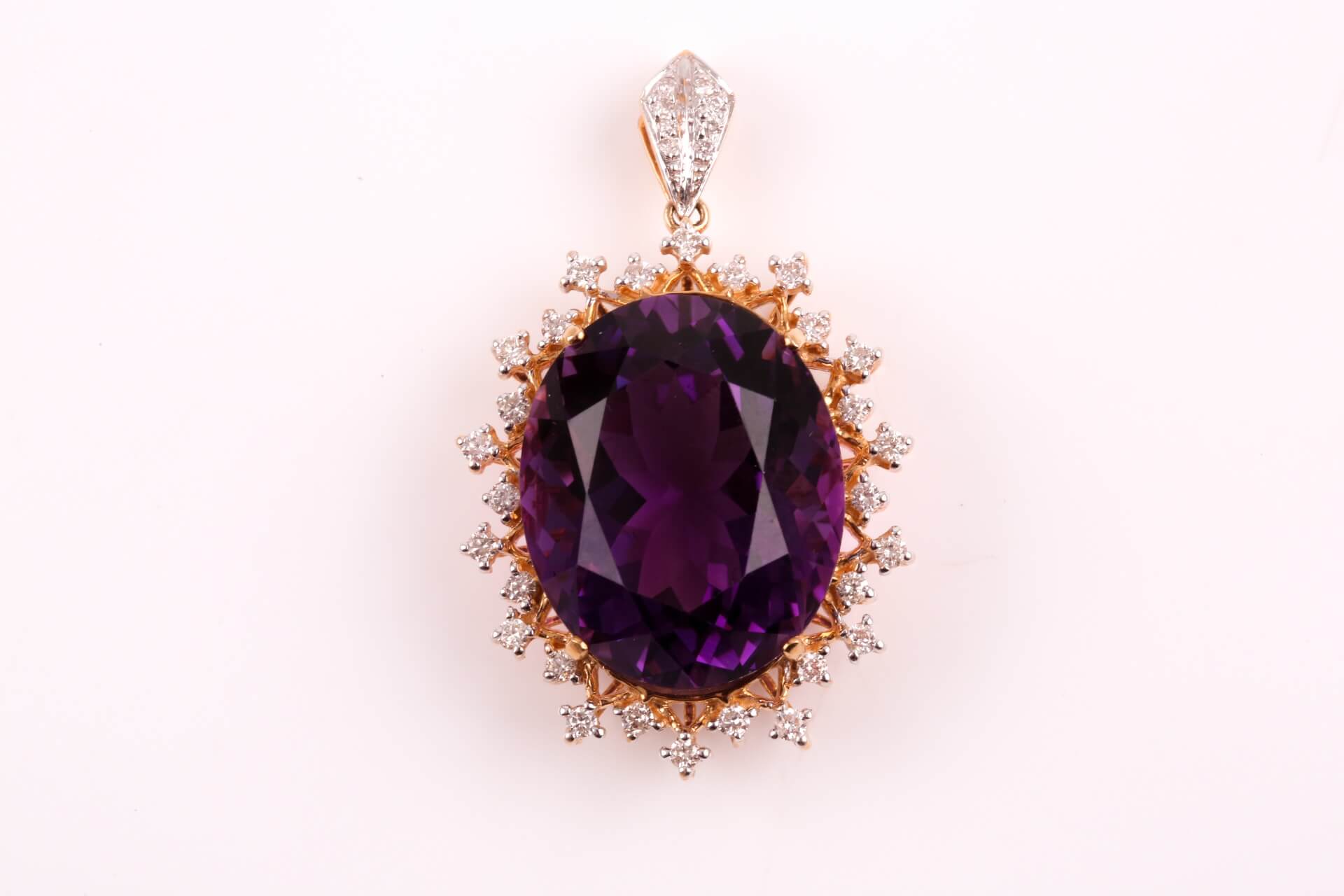 In ancient times, society believed that aquamarine helped seafarers to vividly remember their loved ones when they were away at sea. The Early sailors believed that the gem had a likeness of the sea god Neptune and protected them against the ocean's dangers. Nowadays, it is said that this gemstone boosts love and promotes overall happiness. Traditionally, aquamarine will help pregnant women by protecting them from harm. 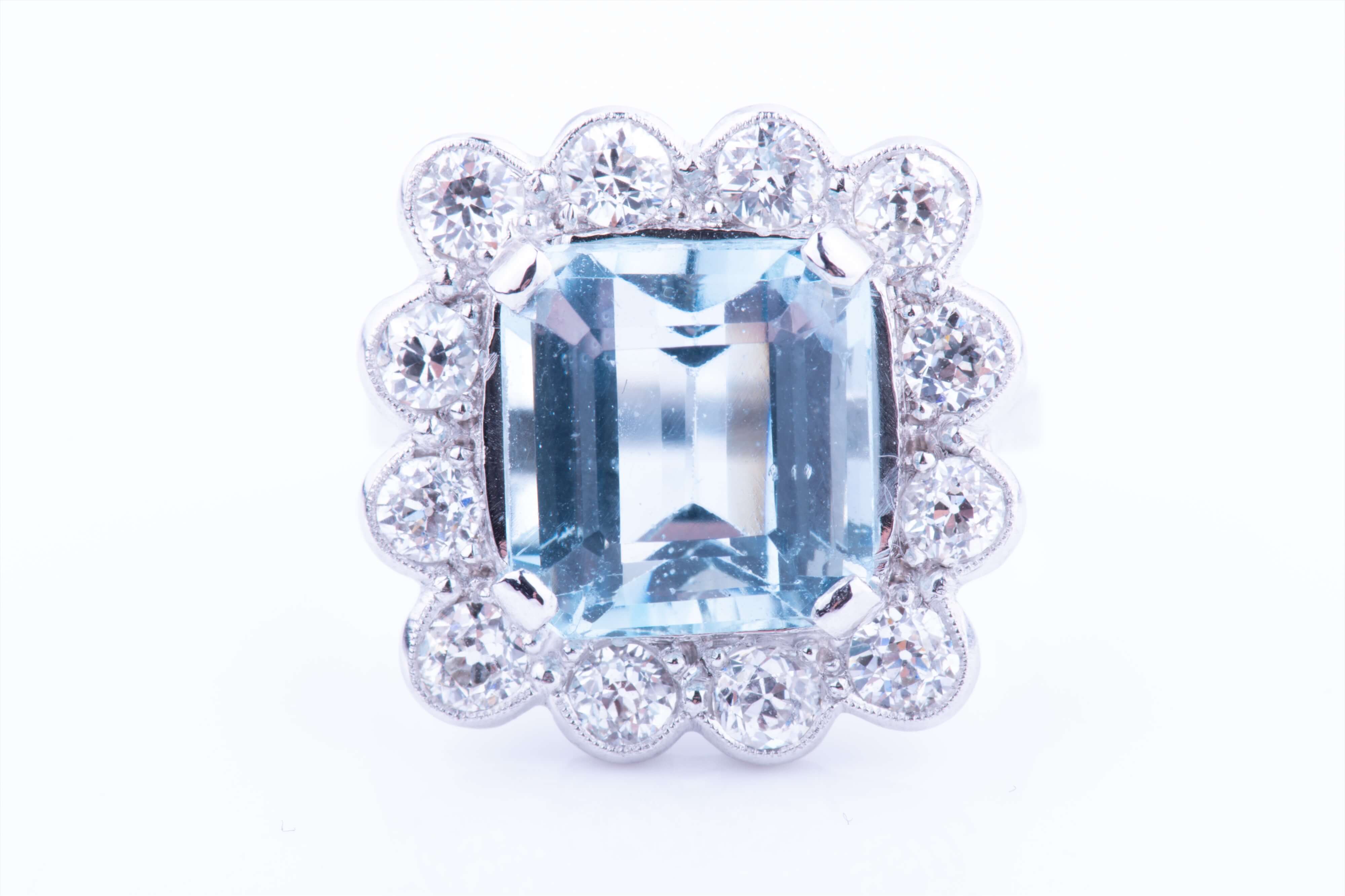 An impressive diamond and aquamarine cocktail ring. Sold for £1,800

Additionally, to being the symbol of everlasting love, April's birthstone was also once thought to bring courage. This stone has been a traditional symbol of love since ancient Greece and is said to increase energy, whether positive or negative. Diamonds are thought to treat dizziness and vertigo, with the ability to detoxify the body and cure allergies. 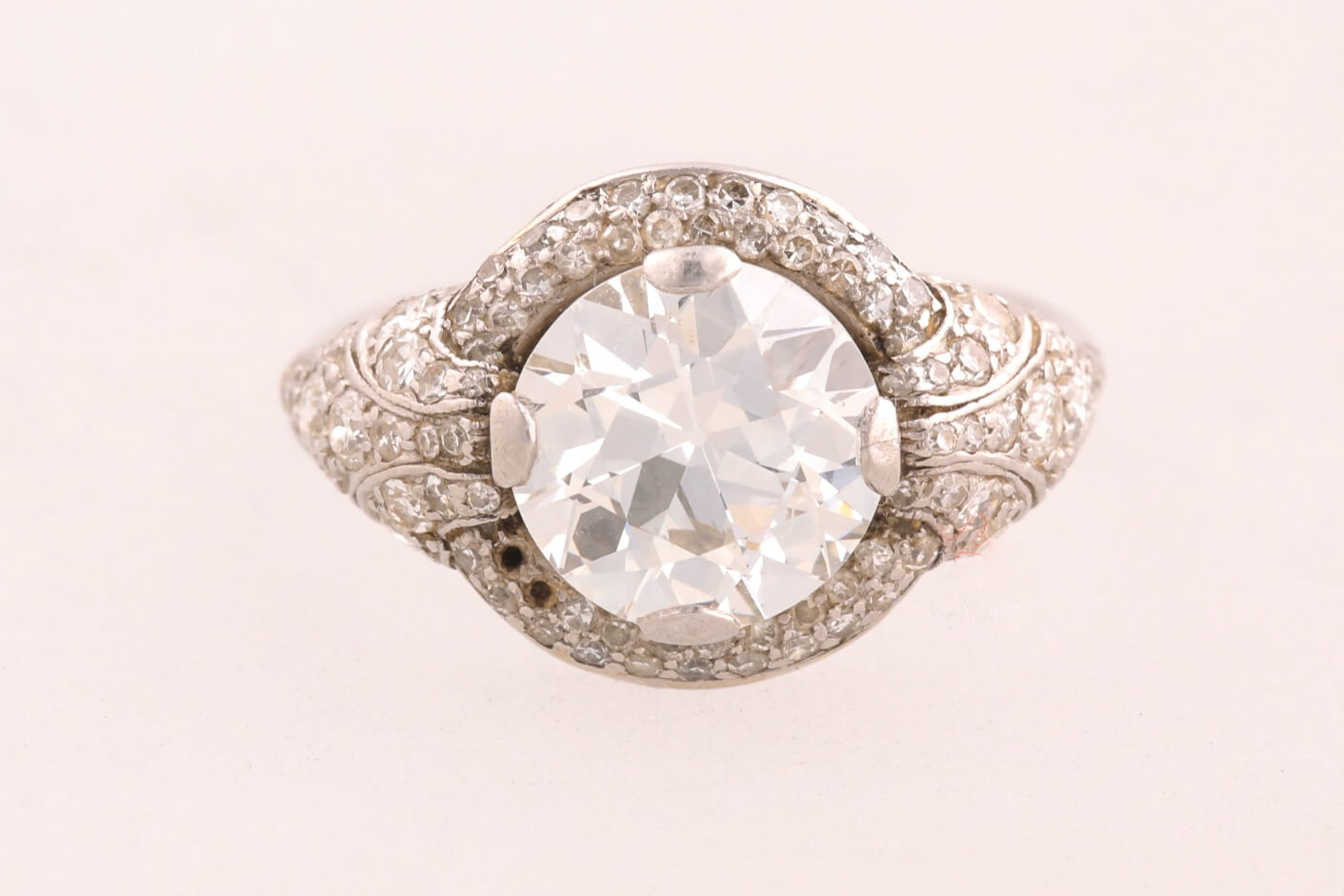 The birthstone of May, emerald, is said to be one of Cleopatra's favourite gemstones. Ancient Romans went so far as to dedicate the stone to Venus, the goddess of love and beauty. In today's world, the gem represents wisdom and growth while promoting health, faithfulness, fertility, and wealth. Vivid emeralds are also said to possess magical properties that prevent illness. 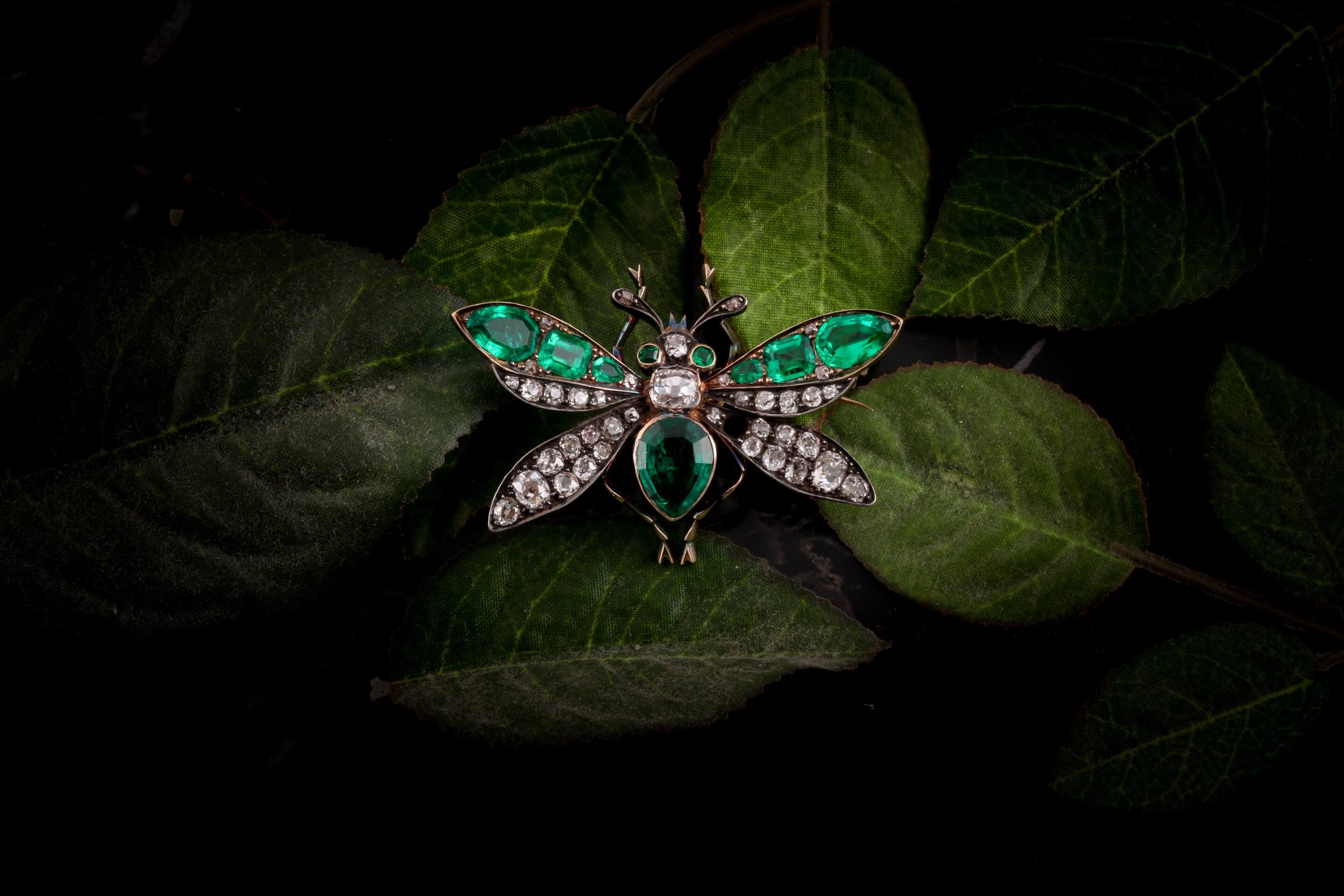 A Victorian diamond and emerald insect brooch. Sold for £15,500

June birthdays are traditionally celebrated with Pearls, which symbolise modesty and purity. Pearls can protect against thoughts of anxiety as well as controlling feelings of anger. The ancient Greeks believed that pearls were hardened tears of joy from the goddess of love, Aphrodite. Alexandrite also is associated with June. This gemstone is thought to treat nervous system disorders and spleen disorders. 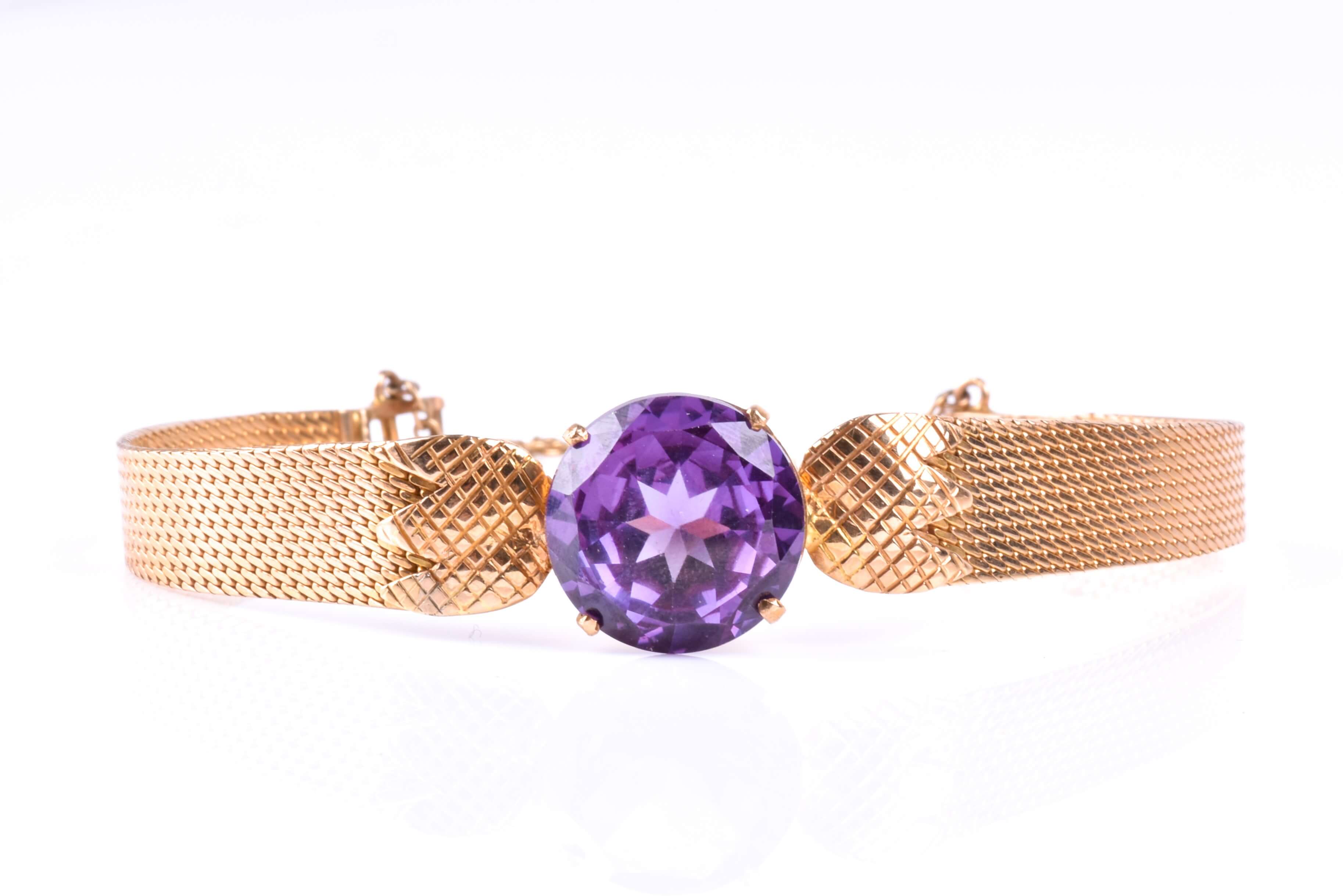 A yellow metal and synthetic corundum bracelet with Alexandrite-style stone. Sold for £550

Ancient Hindus regarded the ruby gemstone as the "king of gems." They believed it would protect its wearer from evil. The red ruby symbolises strength and courage while supporting its wearer's emotional health and removing negative energies from its wearer's path. 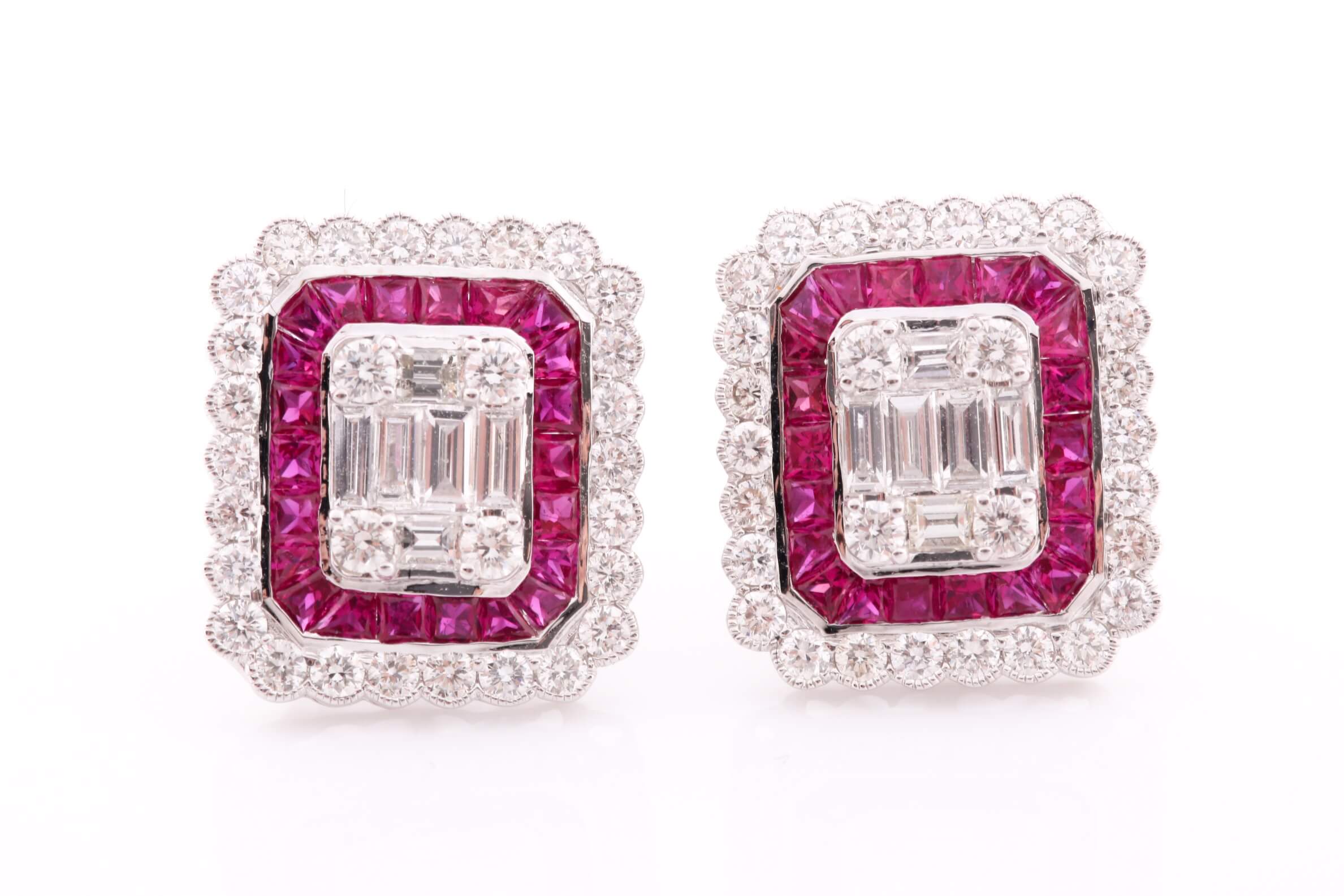 Peridot is the birthstone of August. It symbolises strength and is often referred to as the "evening emerald." Historically, peridots supported courage, wealth, and purity to its wearers. It was believed in ancient times that the green peridot crystals were the tears of the volcano goddess, Pele. This light green hue is said to relieve stress and, when set in gold, protect its wearers from nightmares. 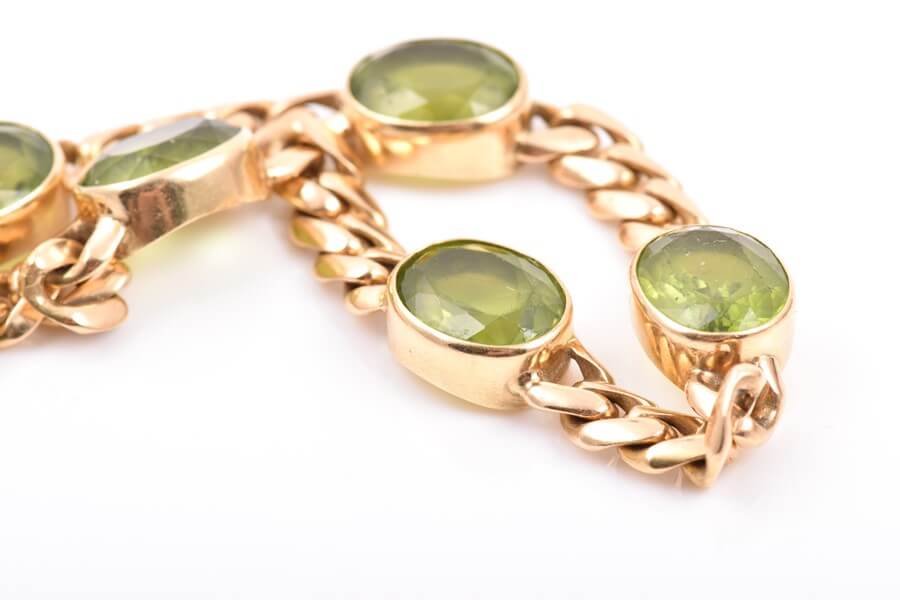 An 18ct yellow gold and peridot bracelet. Sold for £650

The birthstone for September, sapphire, was once thought to guard its wearer against evil and poisoning. The sapphire has a reputation for reducing pain and offering purity, bringing success to all who wear it. It has also been known to treat blood disorders and excessive bleeding. 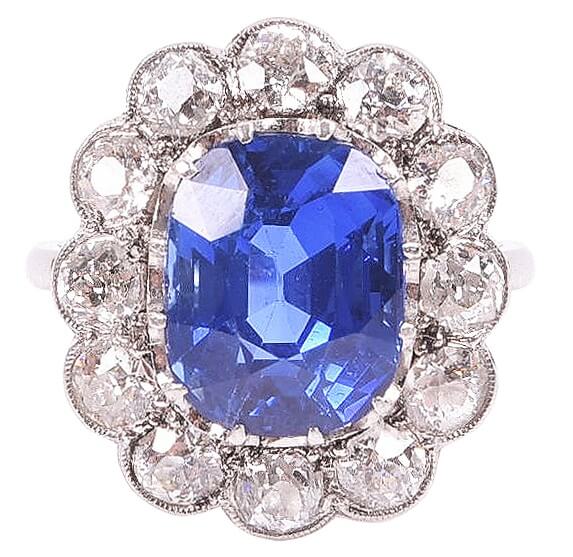 According to ancient legends, the opal gemstone will soothe away sadness and envy for its wearers. Opal symbolises faithfulness and confidence, with the power to strengthen memory and increase the will to live. Tourmaline is very resistant to breaking and scratching and helps to relieve stress, increasing mental alertness.

The November birthstone topaz symbolises both affection and love. It is believed to give its wearer increased strength and boost intelligence. Citrine, another representative of the month of November, is said to bring success and prosperity. Both gems are known to promote health and wellness in the mind and body. 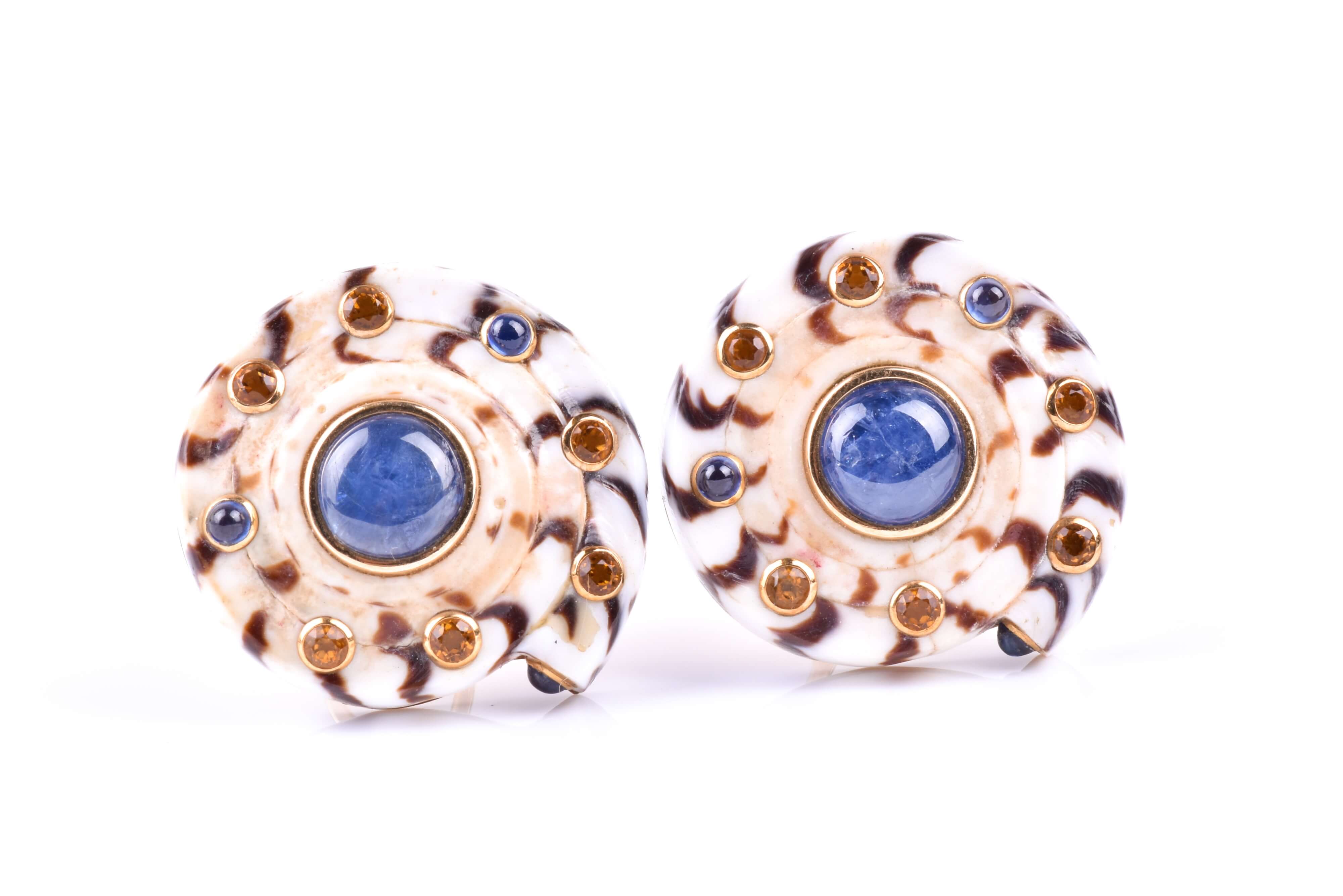 A few different gemstones represent the month of December. Zircon is said to provide the wearer with wisdom and honour for its wearers. Likely the more famous of the bunch, turquoise, is said to bring good fortune and happiness. The gemstone holds a unique property whereby it can change colour; this characteristic has been used to indicate ill health or danger. Lastly, Tanzanite is believed to breakdown negativity turning it to the positive side. All three of these magnificent gems hold healing properties. 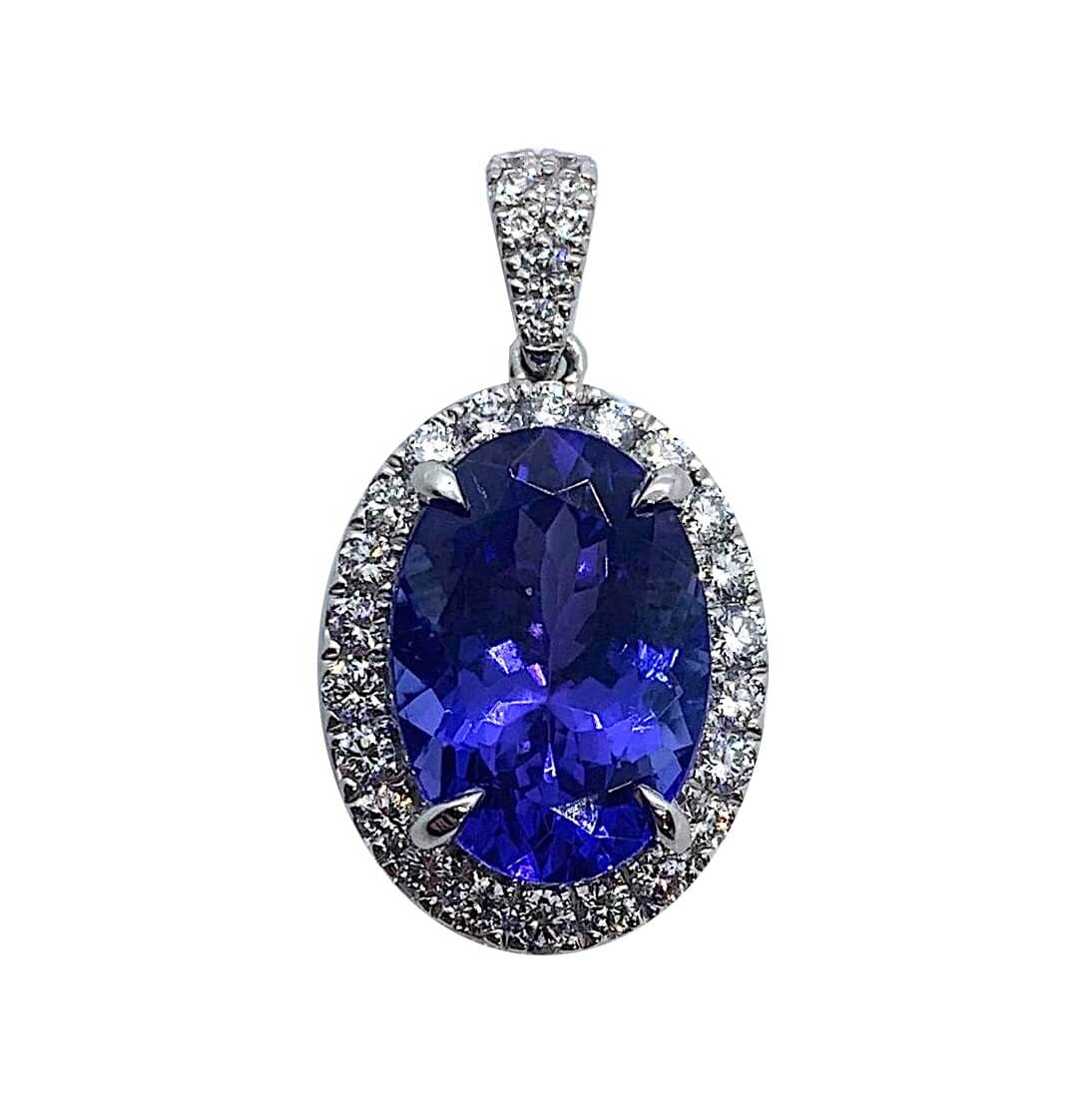 The team of experts at Dawsons are always happy to provide a free verbal appraisal and auction valuation; regularly consigning an array of wonderful items to our monthly dedicated jewellery, watches and silver sale. We can also provide insurance valuations, where required.

Please do get in touch, should you have jewellery that you are keen to sell or have valued. 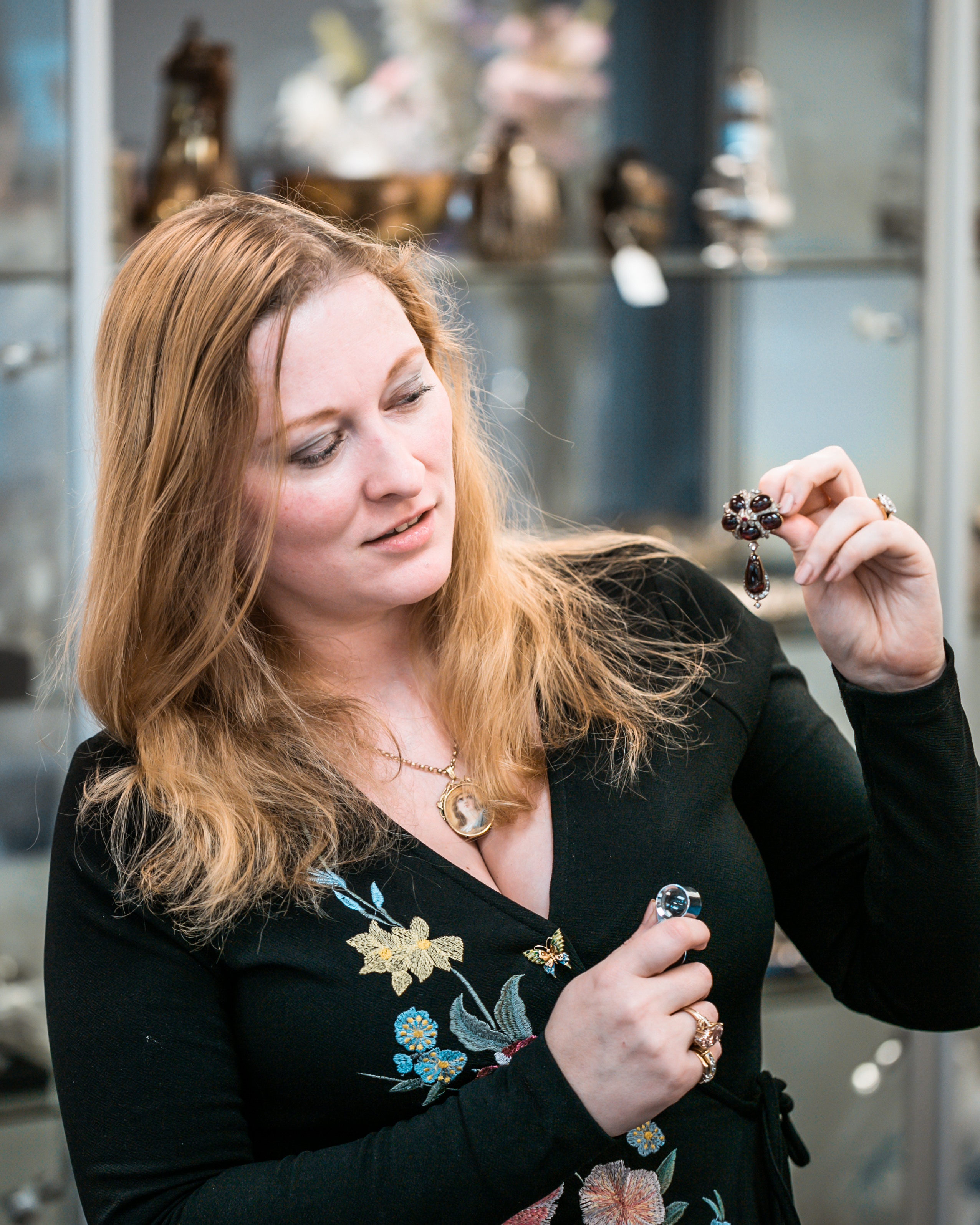