We explore one of the most influential eras in antique jewellery

Undoubtedly, the Victorian era was an exciting and constantly-changing period in estate and antique jewellery. Queen Victoria was a hugely popular Monarch, and her taste influenced jewellers across the land. It became the most sought after jewellery amongst the elite within high society at the time.

A Victorian turquoise, seed pearl and garnet serpent necklace. Sold at Dawsons for £4,300

The Three Periods of the Victorian era

The first of the three periods of the era was the early Romantic period (1837-1861). Rich in traditions, the period featured lots of natural motifs made of silver and gold, with women of the era wearing coloured jewels at night and clear stones during the day.

The second phase was known as the Grand (or Mourning) period (1861-1885). Beginning in December 1861 with the death of Prince Albert - Queen Victoria's husband and the Prince Consort - the period's jewellery was dark imposing, featuring an abundance of black onyx, amethyst, jet, golds, and garnet.

This lasted until the Aesthetic Period (1885-1901), which occurred until Queen Victoria's death. It saw women often wearing far less jewellery than ever before, instead often choosing only to wear it at special occassions. What little jewellery that was worn was normally simple, with the natural colours of the Romantic period returning to popularity. 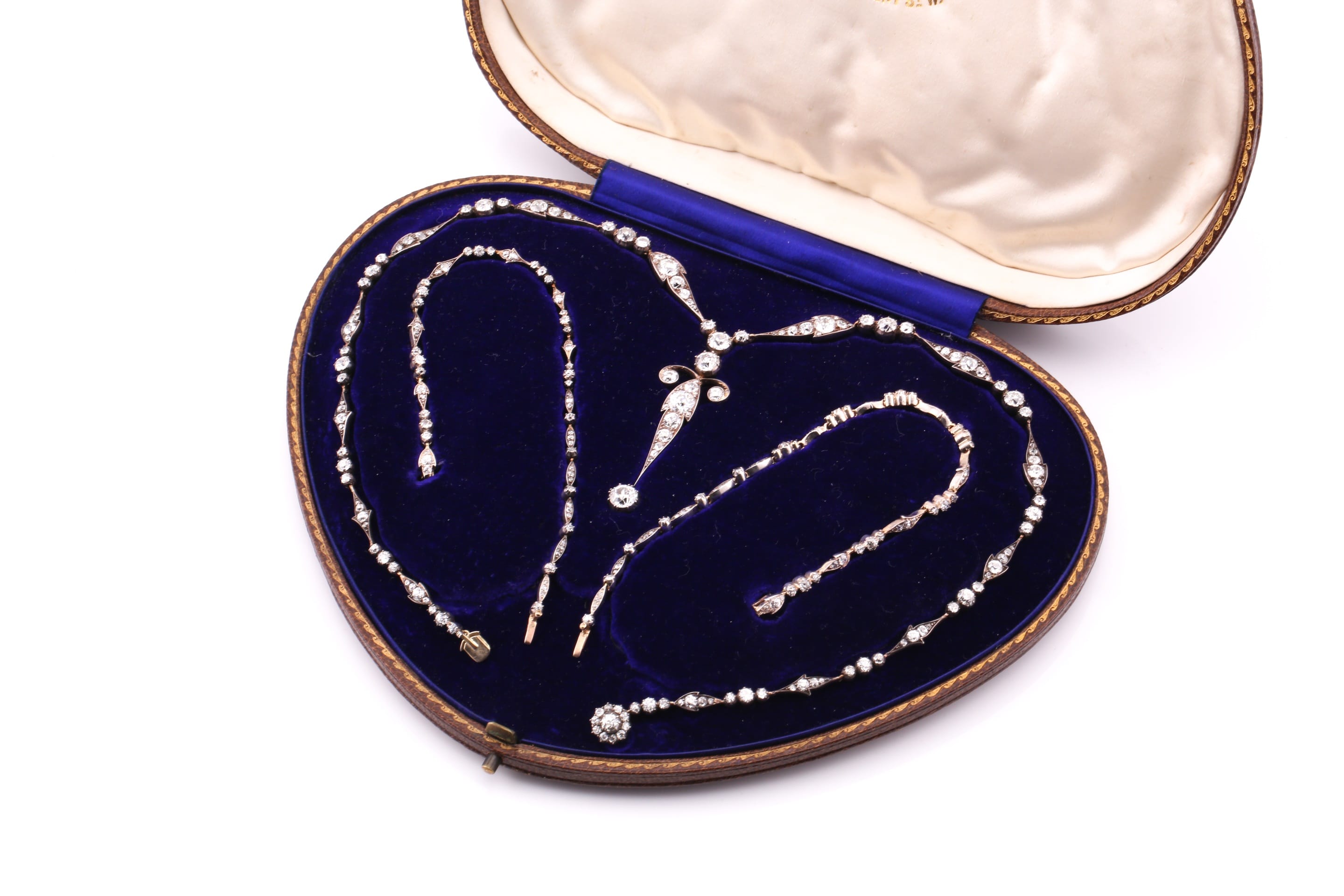 A late Victorian diamond demi-parure, circa 1890, composed of – Pendant necklace. Sold at Dawsons for £12,000

New industry techniques and the process of mass manufacture meant that jewellery designs became exceedingly innovative. This impacted all levels of society and all budgets.

Jewellers of the Victorian era were masters of their trade, and due to the affluence of the time, many of the pieces were made with such quality that they have survived to this day.

The period featured a renewed interest in the jewellery of ancient civilisations which influenced contemporary designs, but also led to the realisation that jewellery and objects could preserve their worth for many years to come. Victorian jewellery was thus designed to last, which in turn led to the practice of reclaiming materials from older items that would otherwise be discarded.

Although the majority of pieces of Victorian jewellery have been lost throughout the years, far more items from this era have survived to this day than those from the previous Georgian era. Although this means that the jewellery from this era is not as rare as that from others, some of the designs of the era are so diverse that their creative worth is exceptionally high. 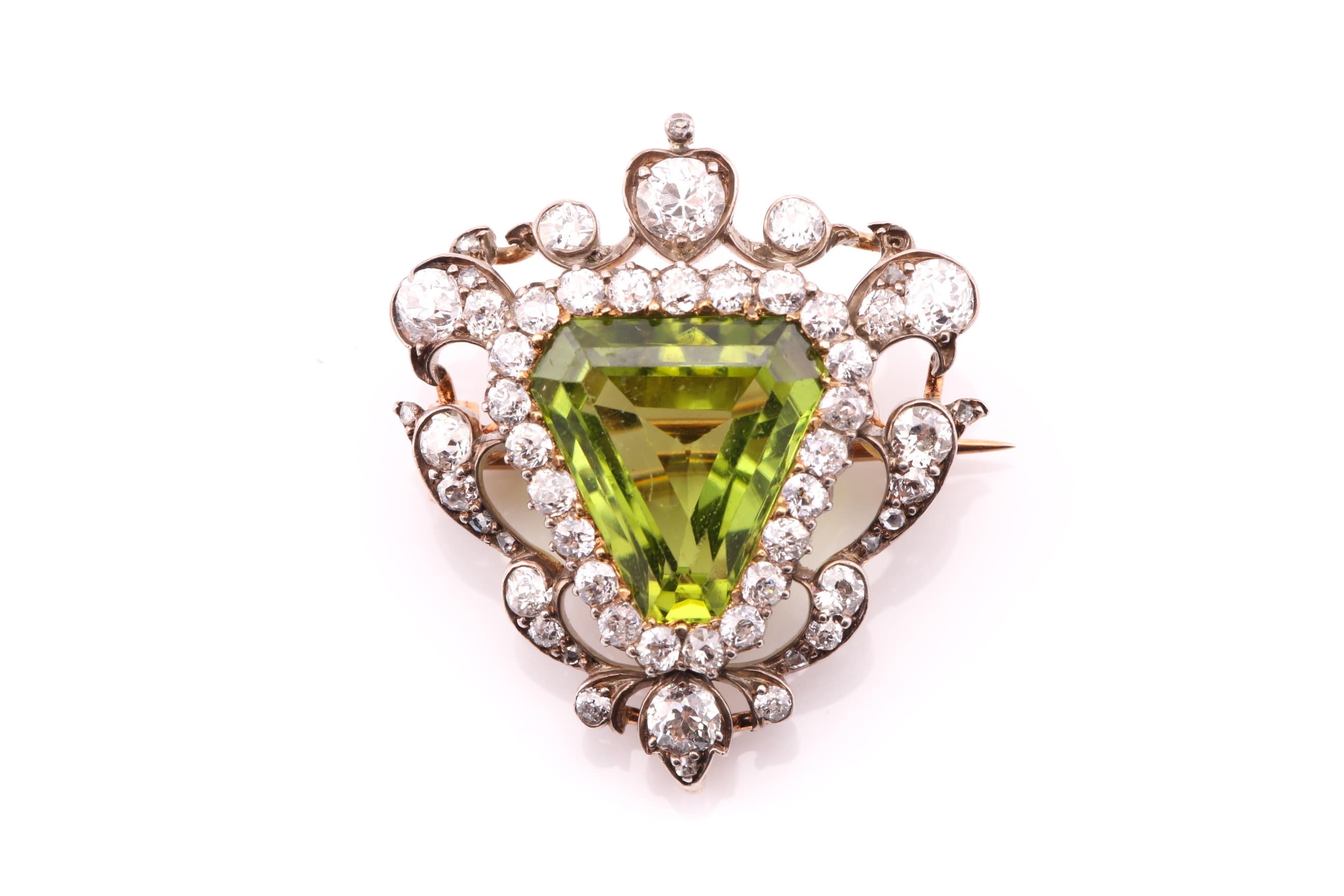 A Victorian peridot and diamond triangular shape brooch. Sold at Dawsons for £2,600

Better Quality: The gems and metals used in the production of Victorian jewellery were of greater quality than those used in modern jewellery. Furthermore, unlike contemporary mass-produced jewellery, craftspeople in the past took the time and effort to create the jewellery of remarkable quality.

Innovation: Victorian jewellery is renowned for its innovative beauty and high monetary value, and it is well worth investing in these stunning tiny pieces of history. When you wear Victorian jewellery, you will not only stand out in a crowd, but you will also demonstrate your individuality and outstanding taste for the finer things in life!

Click here to view some of the wonderous Victorian Jewellery to have graced the Dawsons auction room.

The expert team of Valuers at Dawsons would be happy to help should you have any Victorian jewellery.

Please do get in touch if you have any Victorian jewellery that you would like to sell at auction.