War Medals and their meaning

Many fascinating tales surround British war honours and medals. Did you know there are two types of medals: campaign and gallantry? Let’s explore the meanings behind them.

Campaign medals are given to personnel of the British Armed Forces, allies and civilians who take part in specific military campaigns. Since the first (the Peninsular Gold Medal) was awarded to officers in 1810, more than 80 different medals have been produced, with five new awards already awarded in the twenty-first century.

Meanwhile, gallantry medals honour personal achievements by members of the British armed services or acts of civilian courage, each having a compelling tale to tell. The most famous example of this is the Victoria Cross (VC), which is awarded for valour “in the presence of the enemy”. The Victoria Cross is one of the rarest medals, with only 1,358 medals ever being awarded. For this reason, it is highly sought-after, and in 2006, at Bonhams & Goodman of Sydney, Australia, the most expensive Victoria Cross ever was sold for over £400,000.

What Do People Collect?

Collectors often concentrate on medals granted by their own country. Some benefits to collecting medals in the United Kingdom are that the range of medals is vast, and there are no limits on their sale – whereas there are in countries such as the USA.

Popular collecting eras include the Napoleonic, Crimean and Boer Wars, and the Indian campaigns that followed the First World War, though there were numerous other major British military engagements in the 20th Century – 18 separate campaign medals were awarded in the Second World War alone.

It is not uncommon for collectors to concentrate on specific regiments, military engagements, and even single highest-ranking honours, such as the Victoria Cross. 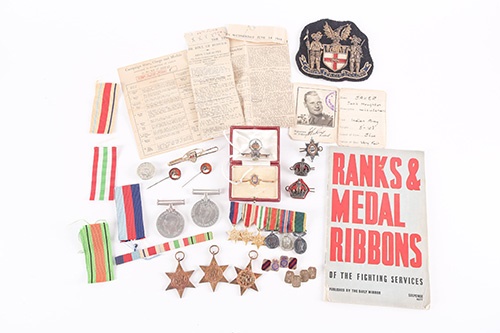 Rarities are always prized, so shorter conflicts with a small number of fighters, such as the Falklands War, tend to result in fewer medals, each of which tend to be worth more to collectors. Still, different standards of honour might increase demand, particularly those for a well-known engagement or battle. These are particularly important for Crimean and Boer War medals.

The relatively recent decision to abolish differences between honours awarded to officers and those awarded to lower levels has also curtailed the availability of several medals. The Distinguished Flying Medal, the other-ranks counterpart of the Distinguished Flying Cross, is one example of this. These were granted in such limited quantities after WWII that they have become highly sought-after – they were established in 1918 and abolished in 1993.

It was initially considered very contentious for recipients to sell their medals. However, in the last five years or so, it has grown increasingly widespread, with veterans of Afghanistan and Iraq, among others, selling their honours to earn sometimes lucrative funds. 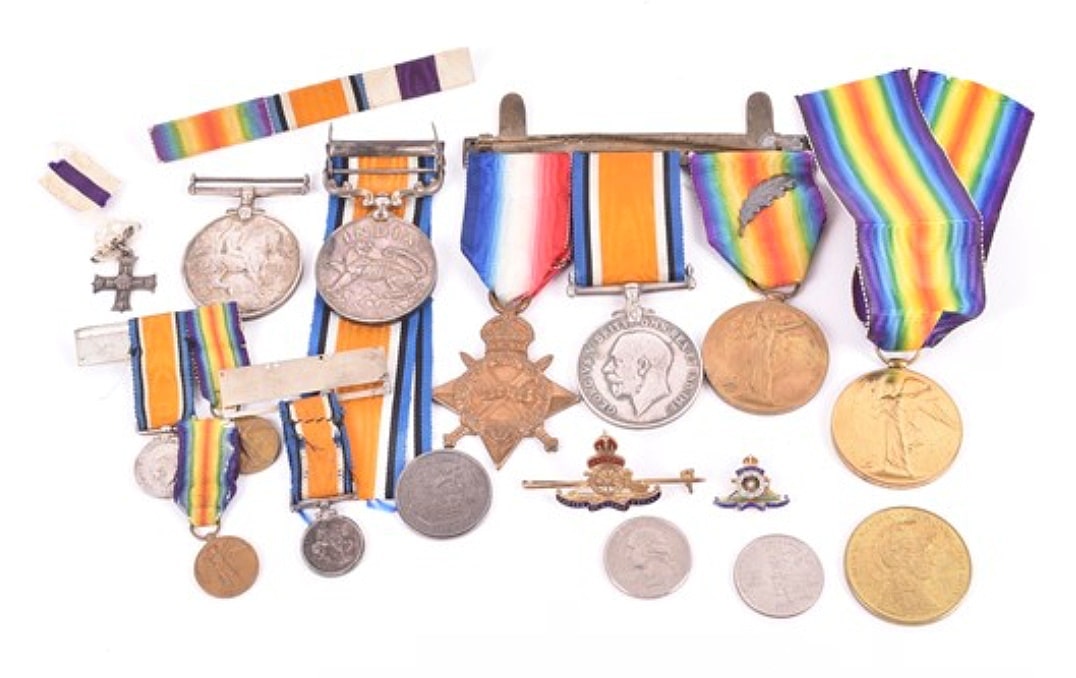 WWI India Medal group to Major A H B Joyce 2-1 Punjab Regiment. Sold at Dawsons for £600.

Again, medals from these conflicts have a high rarity value, either because they are newly made awards, or because few are available on the market. Only 30 Conspicuous Gallantry Crosses were ever given when Private Paul Darren Wilmott sold his three-year-old Conspicuous Gallantry Cross for outstanding bravery in a battle against the Taliban in September 2010. Bosleys of Marlow sold the lot £42,000.

Acts of civilian courage can also earn various medals beyond the military, with the highest award being the George Cross (essentially equivalent to the military's Victoria Cross), created in 1940 to recognise the contribution of non-combatants on the Home Front during the Blitz. The association of the specific medal heavily influences pricing in this industry.

We hope you have enjoyed our quick introduction to war medals and their meanings. Where should you go next? Explore our previous war medals that went under the hammer at Dawsons auctions to see what treasures you might find.

The expert team of Valuers at Dawsons would be happy to help should you own any war medals.

Please do get in touch if you have any militaria that you would like to have valued with a view to selling at auction, especially war medals or other militaria.