The World of Militaria: A Guide to Military Collectibles

The realm of military artefacts is vast, ranging from Roman centurion helmets to flying jackets. The category's reach is as broad as the innumerable battles that have characterised human history, and it has a vast and thriving collecting community full of history enthusiasts. Here, we'll delve into the vast world of collecting military and wartime artefacts, informally known as “militaria”.

Militaria is widely classified as antique military memorabilia, with the majority of items coming from conflicts from the twentieth century, such as World War I and World War II. Whilst these are not the only conflicts that collectors tend to collect militaria from, the mass manufacturing during these periods led to a huge surplus of militaria from this period. This, combined with the sheer scale and number of battles during the two World Wars provides collectors with a wealth of inventory. For example, after World War II, the United States Military awarded a World War II Victory Medal to all sixteen million members of the armed services, implying that such items might be relatively common on the secondary market.

We can further separate militaria into these broad categories. 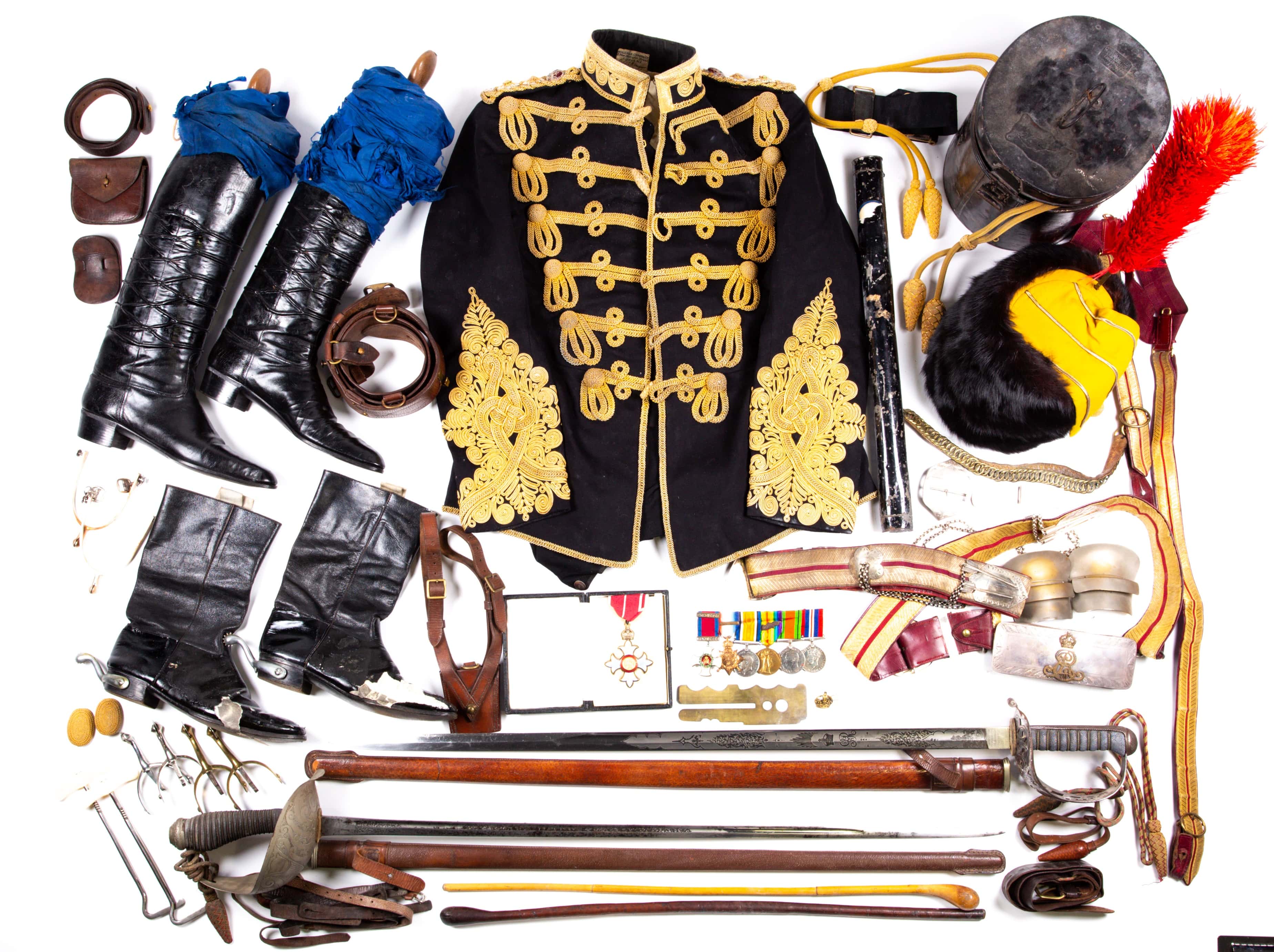 Why Helmets are so Collectable

Helmets have always been popular pieces of militaria for several reasons. Firstly, helmets are designed to be sturdy, and tend to survive far longer and require less care than other typical collectables. Additionally, helmets frequently represented the military unit that wore it, making a soldier identifiable to both allies and adversaries. WWII helmets are currently undergoing a renaissance, owing primarily to newer generations becoming interested in the treasures their grandparents brought home from the front. Since ancient times, helmets have been used in fights, but only recently have they been mass-made for infantry personnel, offering collectors a plethora of beautiful items to collect and care for.

Other popular historical helmets include the British World War I Brodie helmet, often known as the doughboy helmet in the United States and the salad bowl in Germany. Brodie helmets in decent condition often sell for between the low to mid-hundreds of pounds at auction. With its characteristic spiked top, the Prussian Pickelhaube Helmet is also constantly in high demand. These Prussian helmets were mainly utilised before World War I, although the German army continued to wear them into the war. 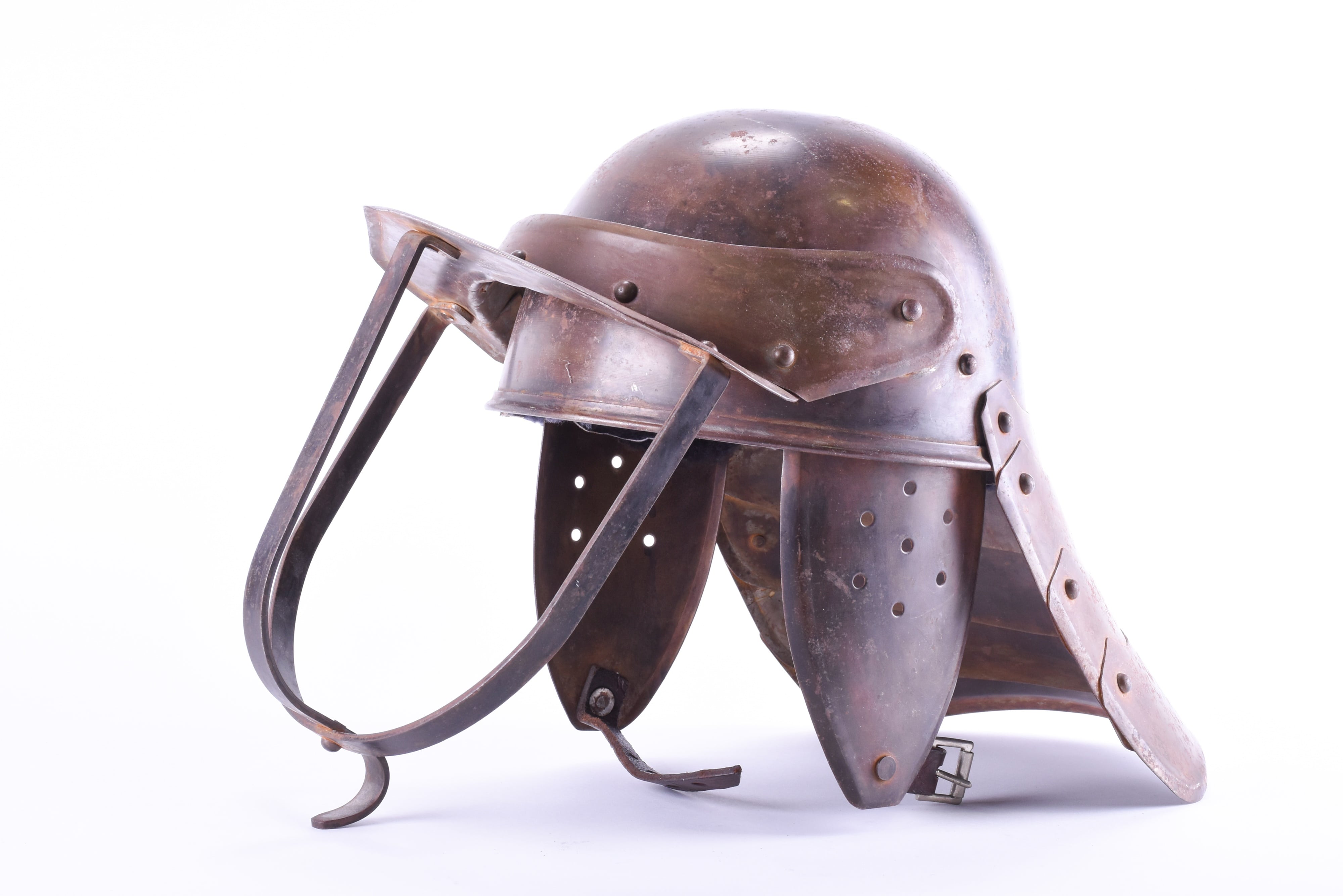 A Civil war style lobster tailed helmet or Zishagge. Sold at Dawsons for £80.

The world of militaria

With all collections being personal, there is no ‘correct’ or ‘incorrect’ way to start a militaria collection. Chances are, if you’re reading this then you have something of an interest in military history already, so upon browsing the militaria market you might be inspired to learn more about the complex history of various battles that have influenced our planet.

Part of the beauty of collecting military items is the human aspect. Knowing that you own a piece of history and learning when and where your item was used or intended for is an aspect that cannot be understated – and nor can the connection that you can make with other passionate collectors along your collection journey.

So, now you know a little more about militaria, what’s next for your collection journey? Explore previous militaria that went under the hammer at Dawsons to see what treasures you might find, and get inspired!

The expert team of Valuers at Dawsons would be happy to help should you own any militaria.

Please do get in touch if you have any militaria that you would like to have valued with a view to selling at auction.