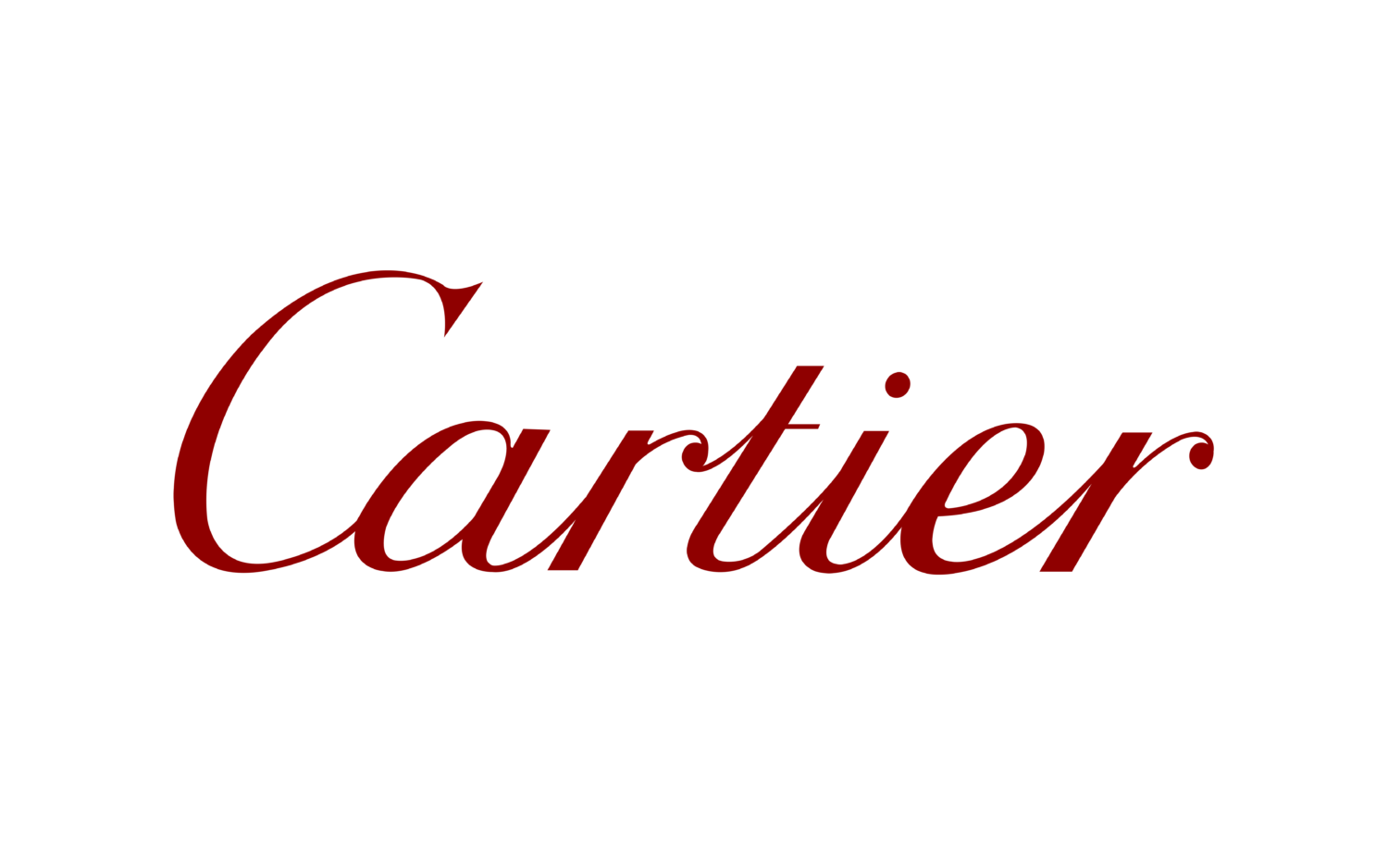 If we were to ask you to think of a luxury jewellery brand, which name would spring to mind in today's market? We would be shocked if Cartier didn't pop into your head at least once! Placing 56th on Forbes' list of the most valuable brands, we take a closer look at this iconic brand.

Within this article you will get to know more about the brand itself, discover the most popular and valuable finds to look out for in today's market, obtain a Cartier care guide and more exciting information. So, let's dive into this self-proclaimed symbol of elegance and style.

Cartier, is considered one of the world’s most successful jewellery businesses. Renowned for pushing the boundaries to reveal the beauty in everything, through welcoming visionaries, taking risks, open-mindedness, and curiosity, it’s not surprising they were named "King of Jewellers, Jeweller of Kings", before turning their attention towards watches.

From humble beginnings, Cartier was founded in Paris, 1847, by the jeweller Louis-François Cartier (1819-1904). His son Alfred managed the business from 1870, before passing it on to his three sons, Louis, Pierre and Jacques, in 1899. It is through the brilliance of these brothers that a small Parisian jeweller would become an established global name.

Cartier has 269 stores throughout the world that sell the brand's high-end jewellery and timepieces. Retained by the Cartier family until 1964, it is now part of the Richemont Group and continues to be very successful, with earnings rebounding 16% last year following a 20% drop in 2017 due to the luxury market collapse.

Did you know that Louis Cartier was the first designer to popularise the wristwatch for men?

After hearing his lifelong friend and Brazilian aviator Alberto Santos-Dumont bemoan the difficulty of recording flight times with a pocket watch, Louis Cartier set out to develop a more practical wristwatch. Cartier introduced their first men's wristwatch, the suitably titled "Santos" watch, in 1904. It was a risky move for the designer at the time, as society's upper crust believed the pocket watch to be a gentleman's clock, while ladies used wristwatches. On the other hand, Santos- Dumont's successes in aviation immediately boosted the appeal of the comfortable and practical wristwatch among men.

In 1973, for the first time in its history, Cartier bought a piece made by their own firm half a century earlier. This was the beginning of putting together a selection of signed jewels, watches and accessories, showcasing Cartier’s style through history. With pieces dating back to 1860 through to the present, the ever-growing Cartier Collection currently contains over 3,000 pieces and constitutes the world’s largest collection of its kind. 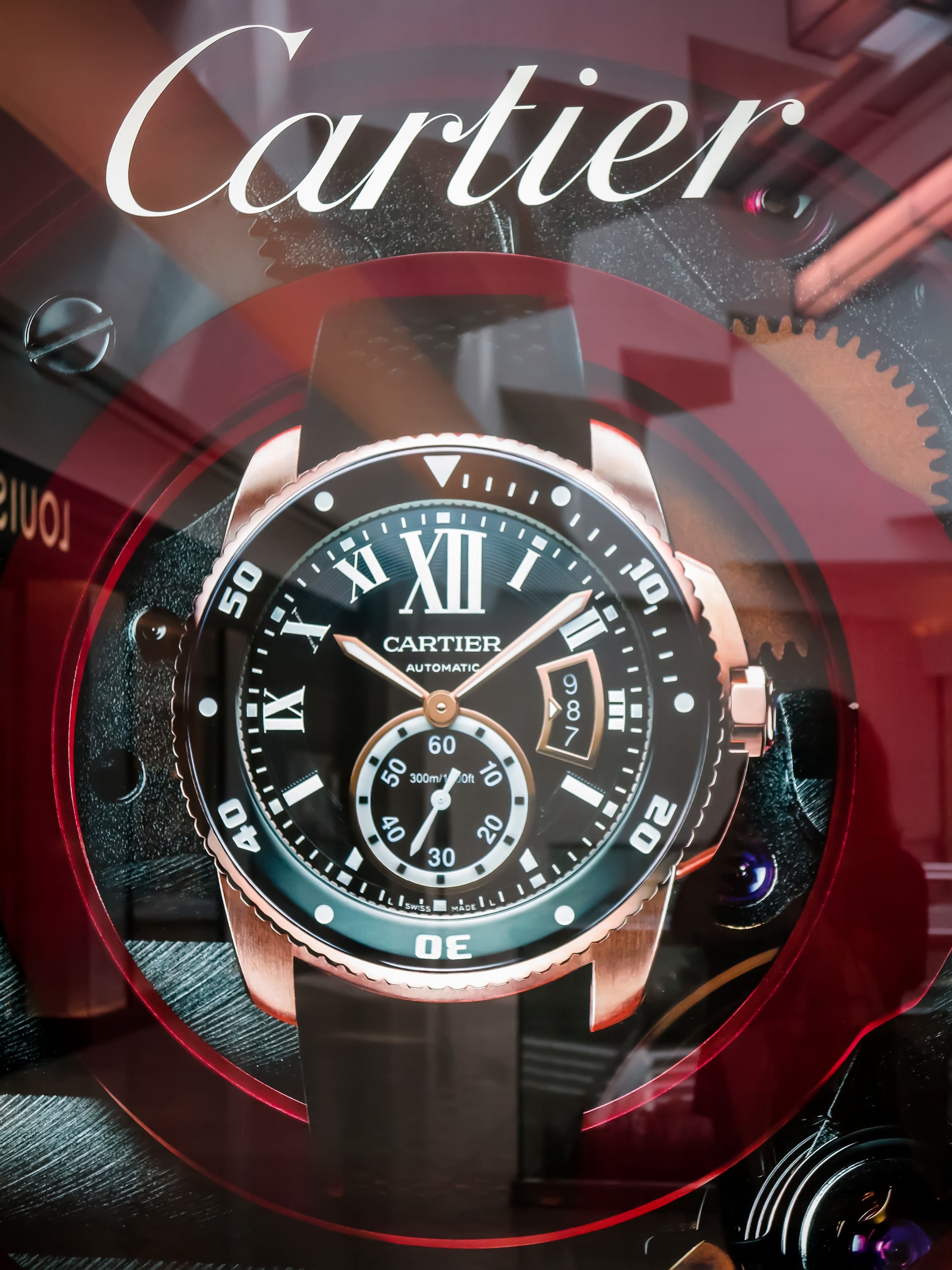 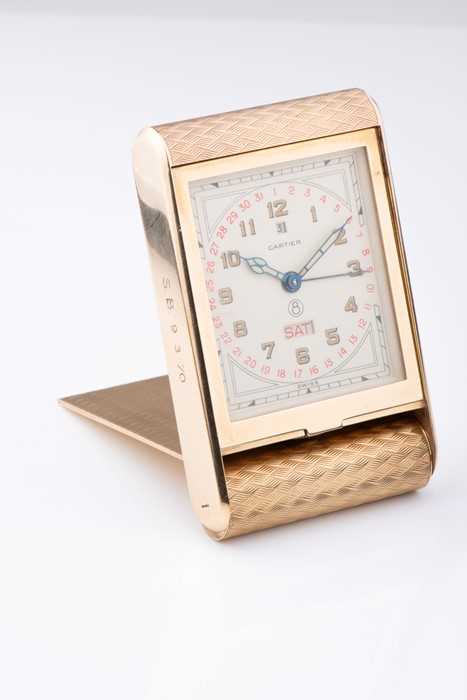 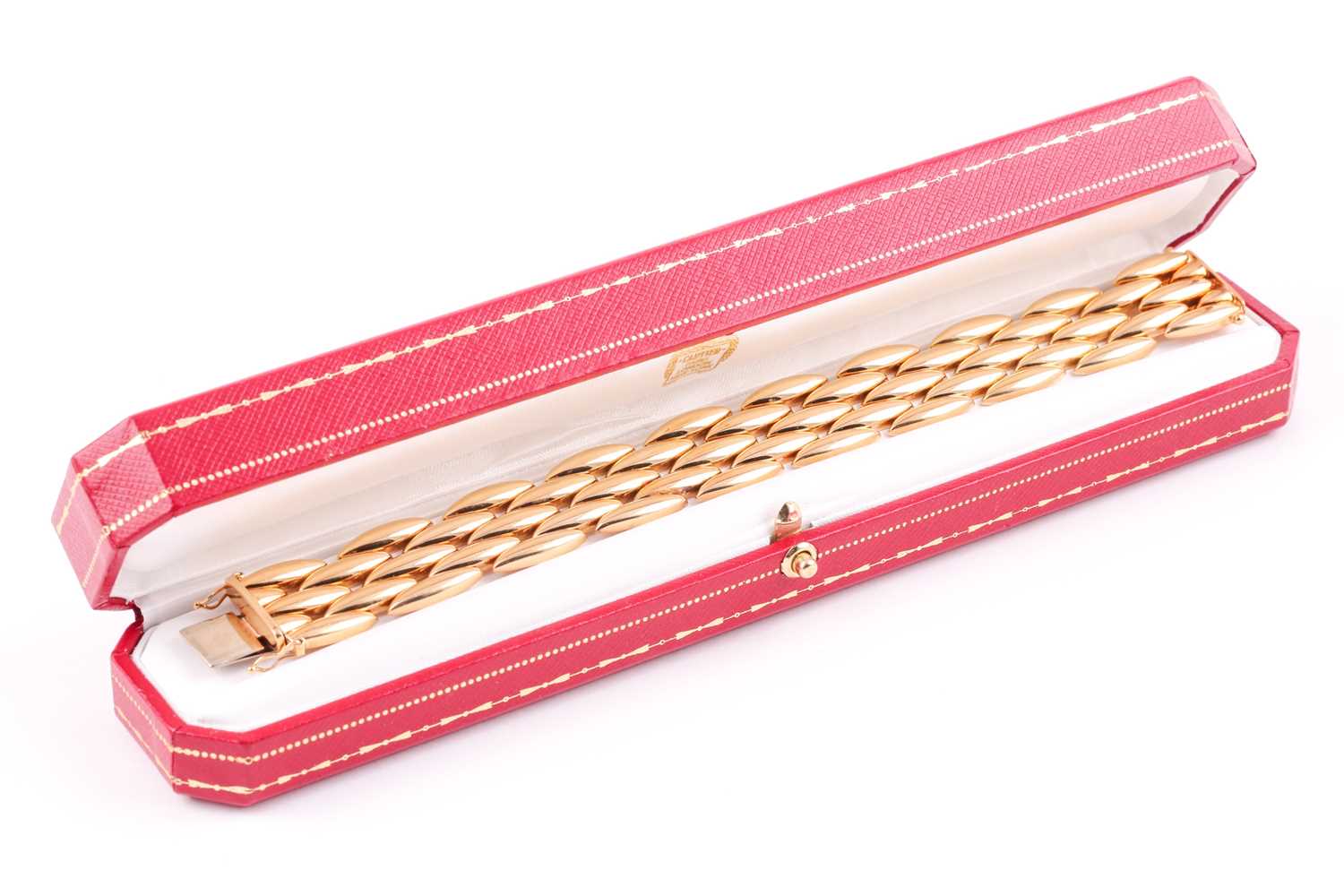 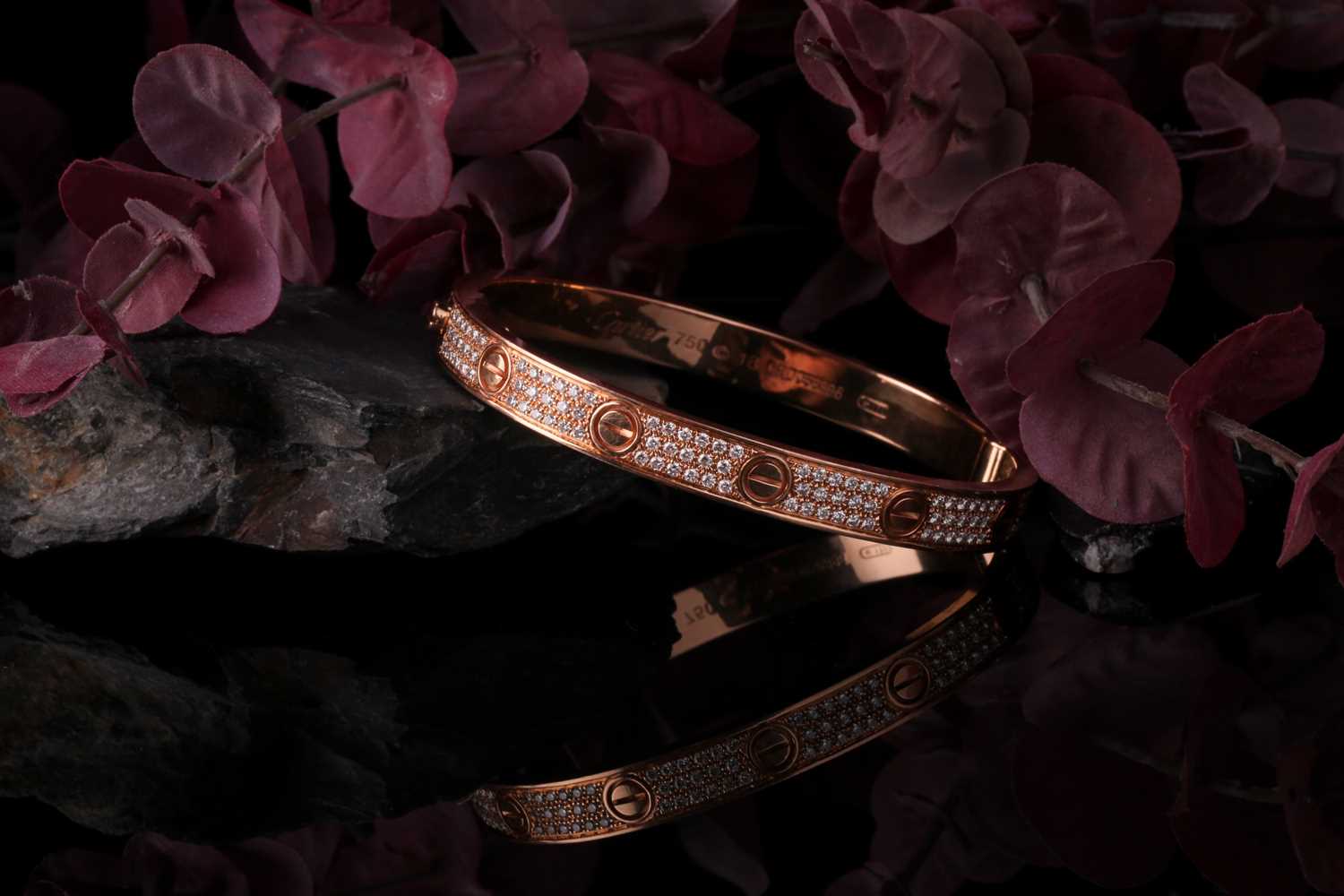 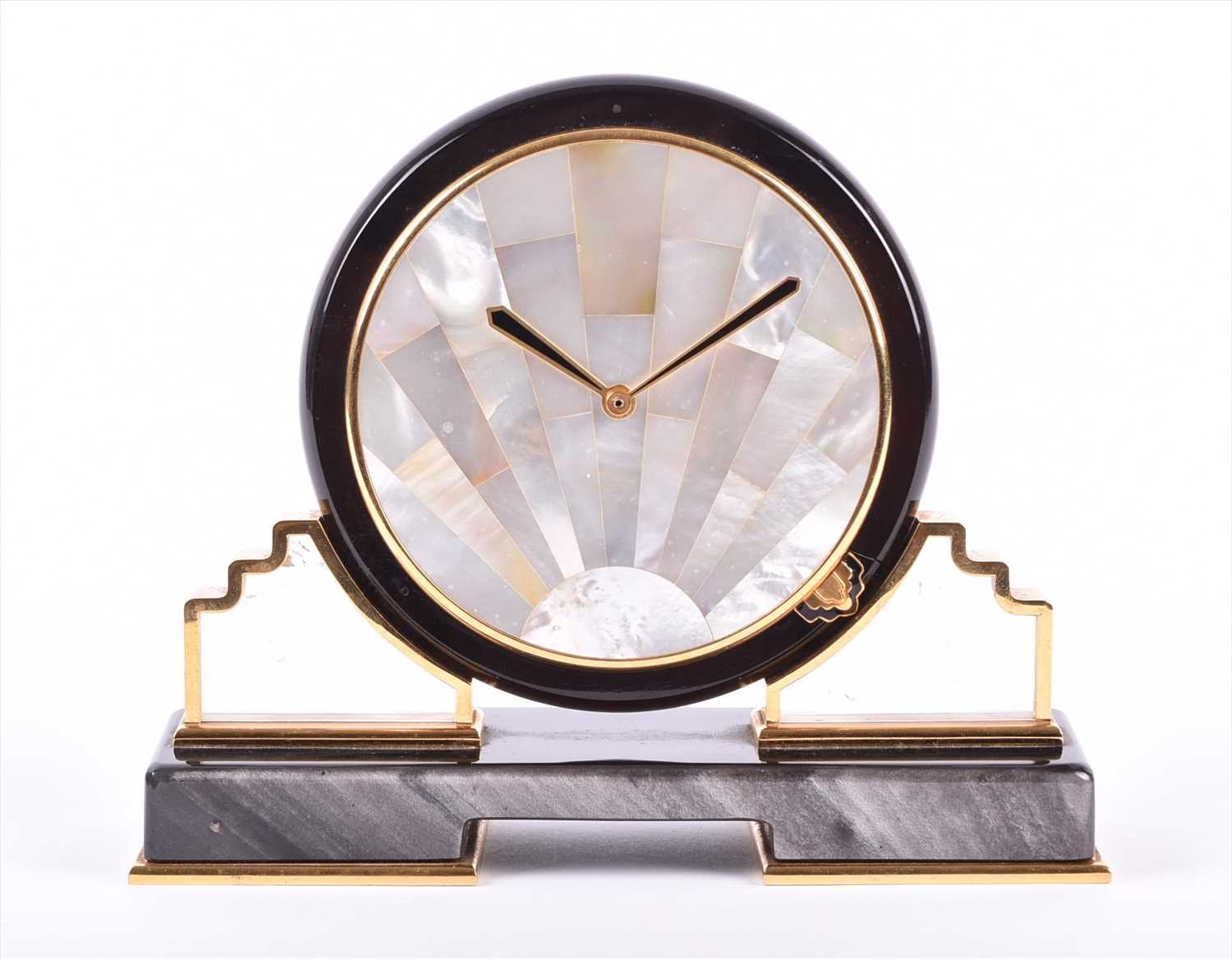 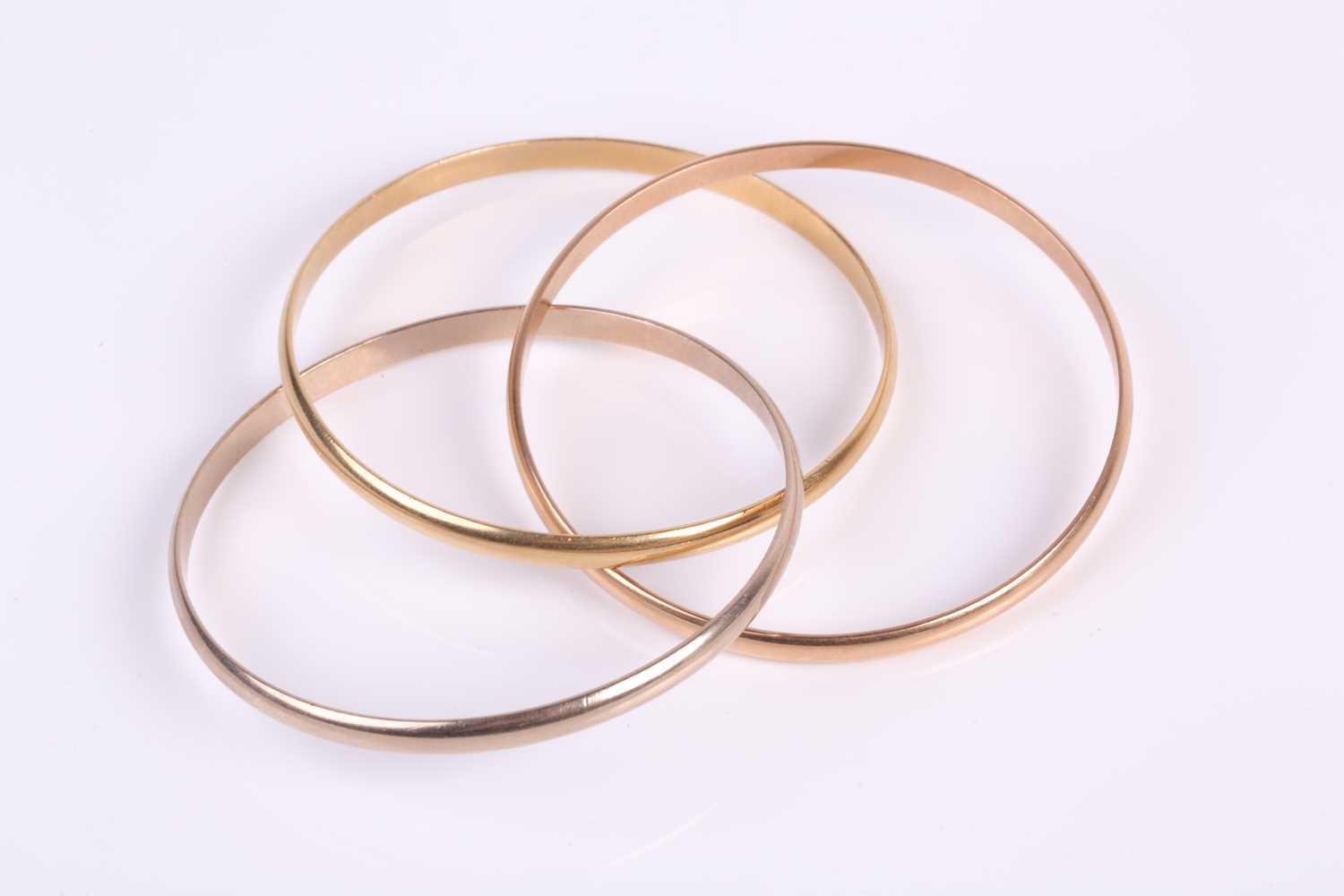 The top three most popular pieces:

The Love bracelet is perhaps the first piece that comes to mind. Aldo Cipullo designed this minimalist masterpiece in 1969, and it was his very first creation for Cartier. The chastity belt inspired the Love bracelet, which was created with the concept that "love symbols should indicate an eternal quality." Meant to be given as a gift from a loved one, it can only be removed using the accompanying screwdriver.

A screw head design and two modest, detachable screws decorate the bracelet. Instead of simply sliding the bracelet on the wearer's wrist, it must be split in two using a tiny screwdriver. The screwdriver is traditionally kept with the wearer's spouse so that they are the only ones who can open it. "Design needs to be part of function," Cipullo said. That is the key to achieving success. You always have a successful item when function and design are wedded together." The Cartier Love bracelet is so popular that New York City hospitals keep Love screw drivers on hand in their wards so that they may remove it from patients' wrists in the event of an emergency, according to Vogue.

When talking about the top three pieces of Cartier jewellery, we'd be negligent if we didn't mention the Trinity de Cartier ring. Designed by Louis Cartier in 1924 for French artist, writer and filmmaker Jean Cocteau, it is one of his most daring and colourful designs. These rings are made up of three linked gold bands in various colour golds, typically rose, yellow and white gold. Popular among silver screen icons like Grace Kelly, Alain Delon, Romy Schneider, and Gary Cooper, the Cartier Trinity ring was viewed as a fluid and timeless extension of their style.

There are endless interpretations into the meaning of this interlocking ring. A popular notion, is that each ring depicts several romantic relationship phases, such as friendship, faithfulness, and true love. "Not only is the design now extremely contemporary, but it was also quite contemporary when it was developed," Cartier's artistic, image, and strategy director, Pierre Rainero, stated. Cartier also have a Trinity bracelet variation which has proved to be as popular as its ring counterpart. Later variations have included diamond-encrusted bands, thin bands and ceramic bands to keep up with ever-changing trends.  It's no surprise that Trinity de Cartier rings are among the brand's most enduring and popular jewellery collections.

Finally, Aldo Cipullo's Juste un Clou ("Just a Nail") bracelet is yet another masterpiece that has stood the test of time. Created in 1971 and now considered one of Cartier's top three pieces of jewellery. Cipullo excelled at making the ordinary extraordinary, and he was able to create the next famous Cartier masterpiece by reimagining a single nail. This bracelet is composed of a stylised bent nail that gently wraps around the wearer's wrist. "It's both practical and touchable, sleek and warm," Cipullo said of his jewellery. It can be worn 24 hours a day without requiring any clothing changes." 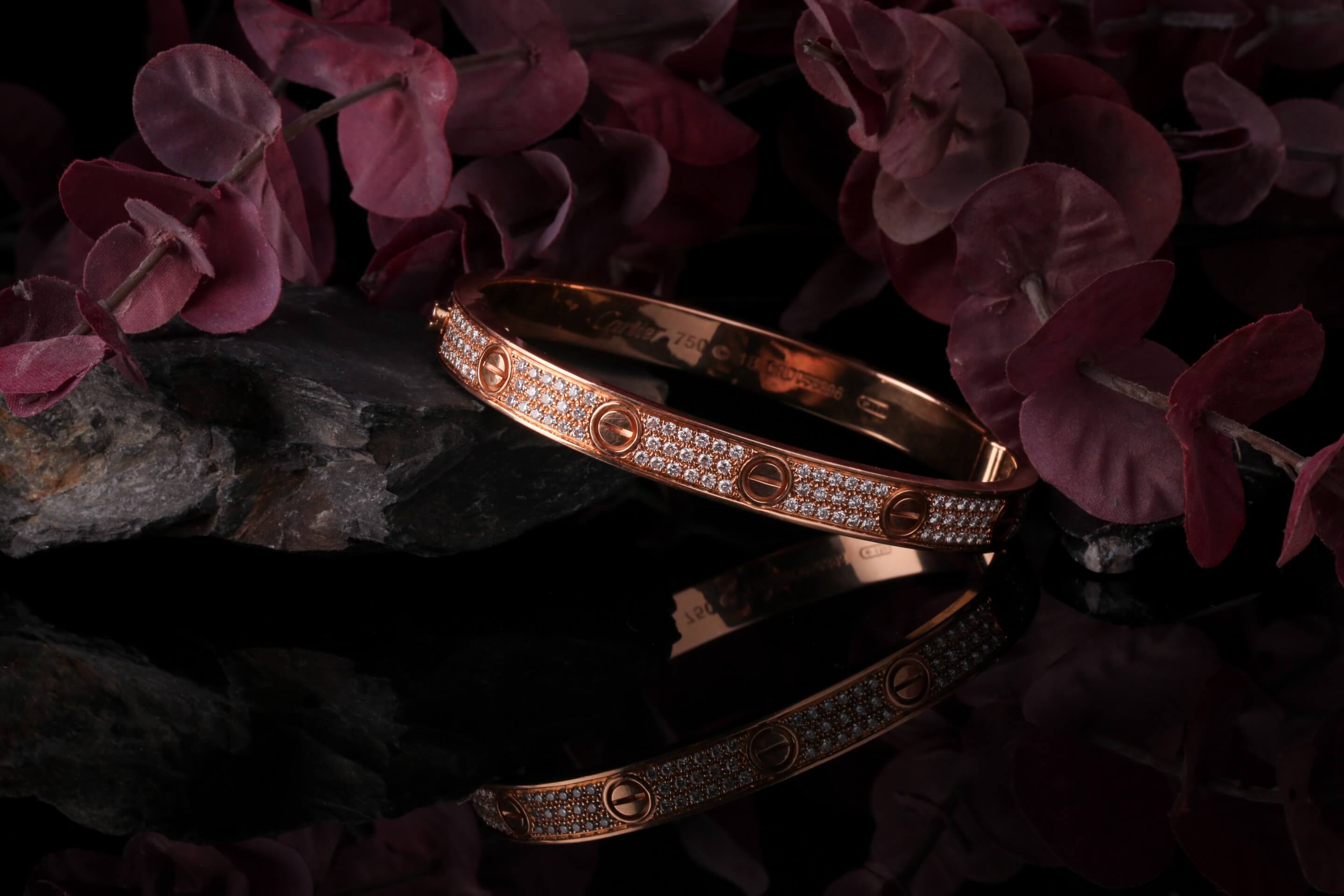 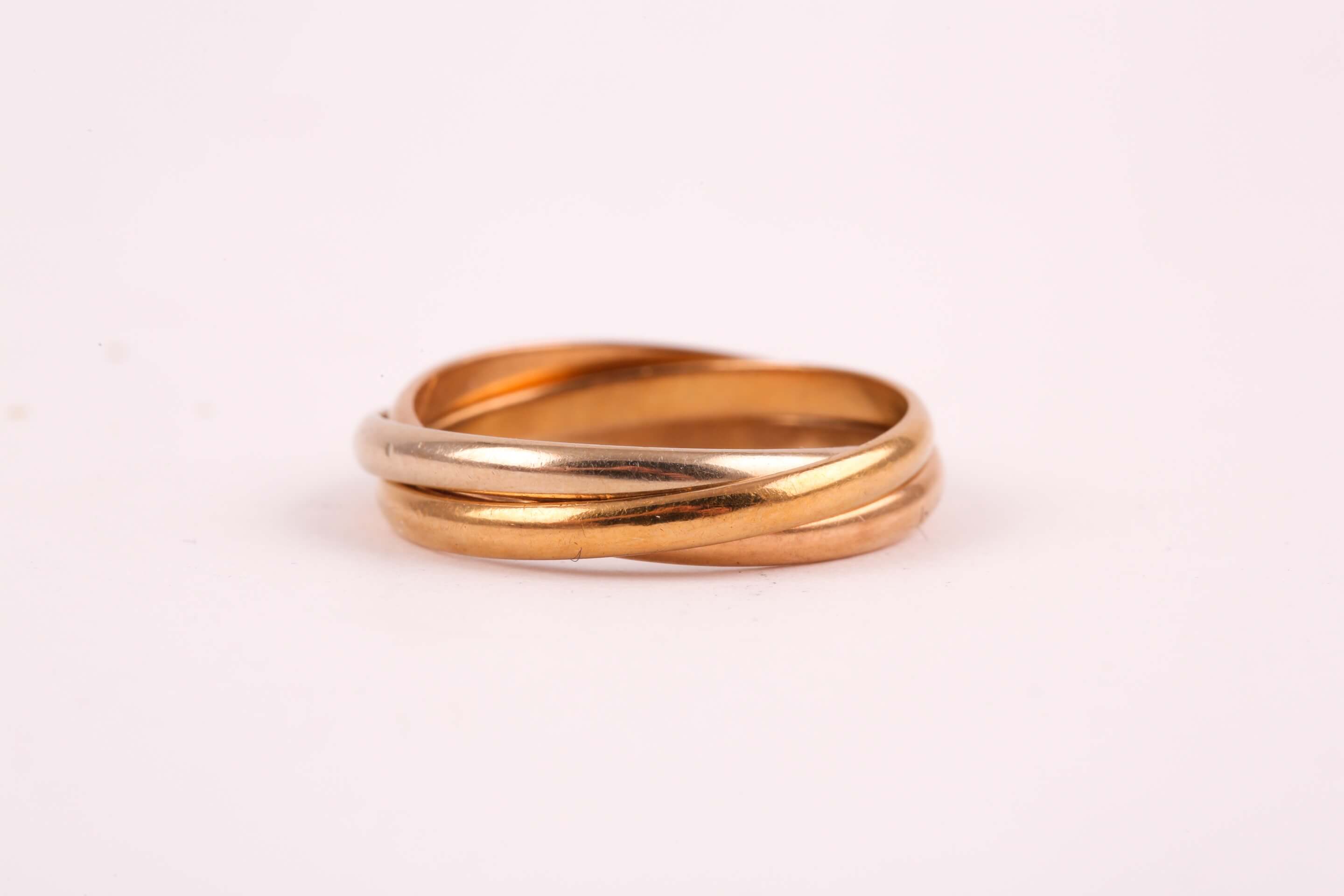 Most Expensive Cartier Jewellery, as of 2021

The superb Hutton-Mdivani Jadeite necklace, considered the most important piece of jadeite jewellery in the world. In 2014, eight bidders competed for 20 minutes to drive the price to a World Auction Record for any Jadeite Jewellery, and Cartier Jewel, of HK$214 million (£16.5 million). The successful new owner was none other than The Cartier Collection. The extraordinary quality and mysterious provenance of this item are what make it so valuable.

Like so many lost treasures, the precise origin is unknown. If you compare the Oei Tiong Ham necklace, originally remodelled from a Qing imperial court necklace, the Hutton-Mdivani necklace is far superior in colour, texture, translucency and proportions, which indicates an equally, if not more distinguished original ownership. Comprising twenty-seven beads, we know that they appeared in The Cartier Archive Records in 1933. The jadeite beads were set by Cartier to a geometric ruby and diamond clasp, which was presented as a wedding gift to Barbara Hutton (heiress to the Woolworth fortune), from her father, on the occasion of her marriage to Prince Mdivani.

Hutton later gifted the necklace to Louise Astor van Allen, who passed it on to Princess Nina Mdivani. The necklace was said to have been buried beneath her deathbed to keep it safe from debt collectors.

The Sunrise Ruby Ring, which was sold at Sotheby's in Geneva for an astounding £19.4 million (about $30 million) in 2015, is the world’s most expensive ruby and gemstone. According to a Gubelin grading report, the 25.59 carat cushion-cut Burmese gem has vivid but saturated colour, pigeon blood red, due to well-balanced trace elements in the stone, characteristic of the finest rubies of Mogok, Myanmar. It was mounted by Cartier and set between heptagonal/shield-cut diamonds weighing over 5 carats in total. The record-setting hammer price has been attributed to the rapid increase in prices for quality coloured gemstones. At the very least, it's certainly the most expensive Cartier ring currently on the market.

This exceptional devant-de-corsage brooch is a magnificent example of the Belle Époque period. Commissioned by diamond-mine tycoon, Solomon Barnato Joel, in 1912. He provided Cartier with four of his best diamonds to be featured in the piece. The central pear-shaped diamond weighs just over 24 carats, set below with an oval diamond weighing 23.55 carats.

A great example of the ultra-fine and dainty ‘serti muguet’ (Lily-of-the-Valley) setting mastered by the famous Atelier Henri Picq workshop. Elegant and unique, it illustrates the popular styles and trends of the time, arguably one of the most exquisite jewels of the period. It therefore comes as no surprise that it sold at Christies in 2019 for £8.3 million, making it more expensive than the most expensive Cartier diamond necklace – with the exception of the Patalia. The brooch has subsequently been added to a necklace within a private collection.

How do I value my Cartier jewellery?

Some Cartier jewellery is said to have sold for 74% of its original price! The ever-popular Juste un Clou and Love bracelets are well-known for their ability to retain their worth. The rarity, quality, and market demand of your item will all impact its future resale value. A professional jeweller's evaluation is the only method to know for sure how much your Cartier is worth.

Here at Dawsons, we provide free valuations. It's quick and easy - request yours here. 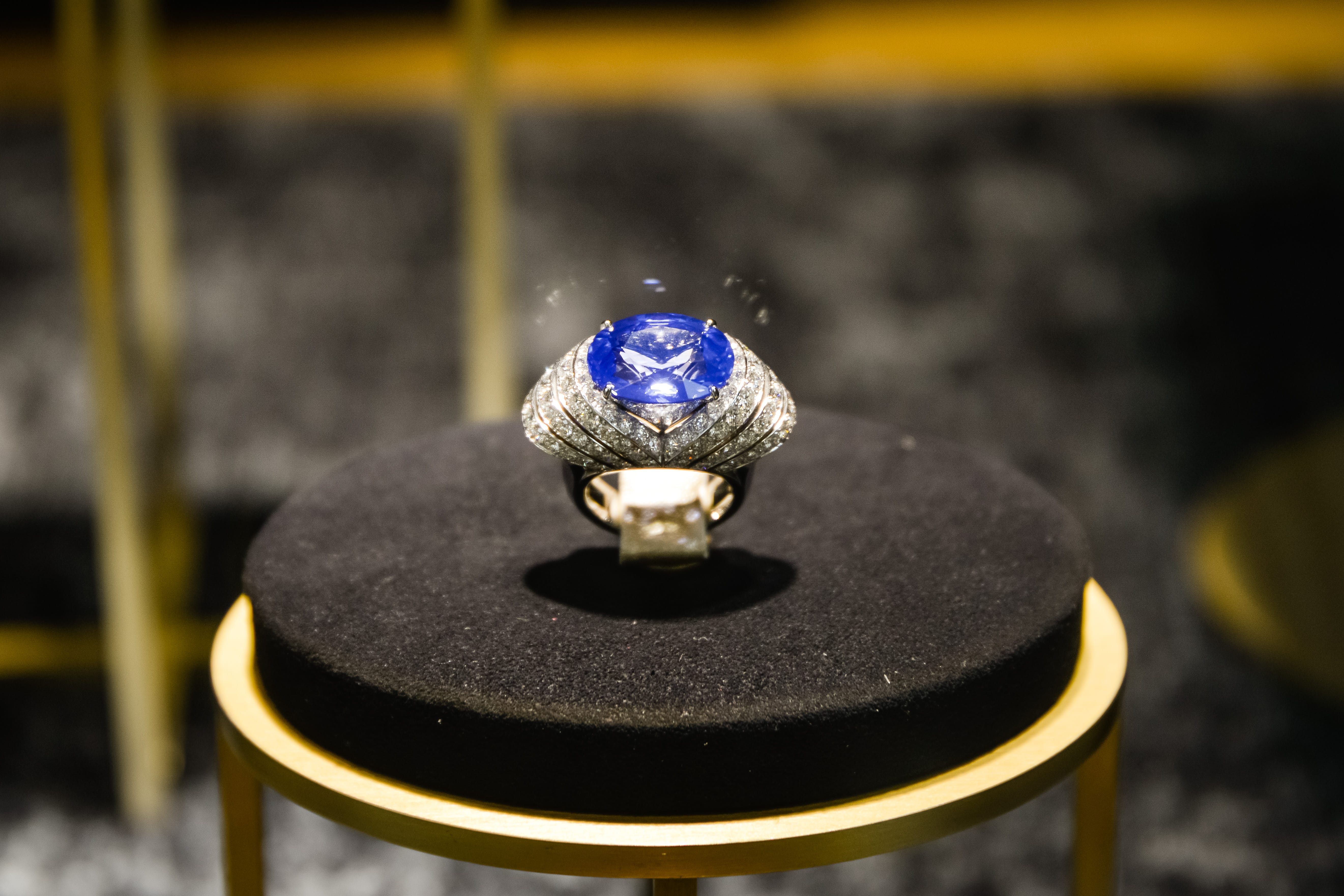 Looking after your Cartier jewellery

Your Cartier jewellery is valuable and should be treated with care. To ensure that it is kept for as long as possible, we propose the following daily considerations:

Speak to our team of experts

If you require any further information in regards to consigning your Cartier valuables with us at auction, please do get in touch.

This was Dawsons' largest sale of 2021 featuring over 850 lots, and here we have selected a few of the wonderful items that were sold on the 16th December.

Our most recent Jewellery, Silver & Watches sale was a hit with the bidders. Let's take a closer look at some of our favourite lots from the day.

There was a pearl and silver theme running throughout the auction

Halloween is on the horizon, and we have several spooky jewels to tempt you

Dawsons are delighted to introduce a new addition to our team of specialists.

Why is Georgian jewellery so popular?

When looking at Georgian jewellery, there are a number of areas we examine regarding the different pieces

Dawsons are delighted to be taking to auction a rather special collection of Grima jewellery within our Jewellery, Silver & Watches sale on 23rd September.