As the team at Dawson’s set up the saleroom for our August auction there is a distinct sense of Modern Design in the air.

After the successful sale of a Franco Albini for Knoll desk, and a Meret Oppenheim ‘Traccia’ table last month, our specialists have curated another auction with something for the 20th and 21st century collector, as well as an array of items for the more traditional buyers amongst us.

Hailing mostly from a collector who resided in a beautiful townhouse in leafy Parliament Hill, a collection of modern design will be auctioned this month. Lots include a bespoke Czech glass and marble coffee table, a collection of Mark Firth modernist aluminium wall hanging cubes from the ‘Mass and Symphony’ exhibition, a Barcelona style low-bench by Alma and an impressive abstract sculpture by Chemedu Jemali. 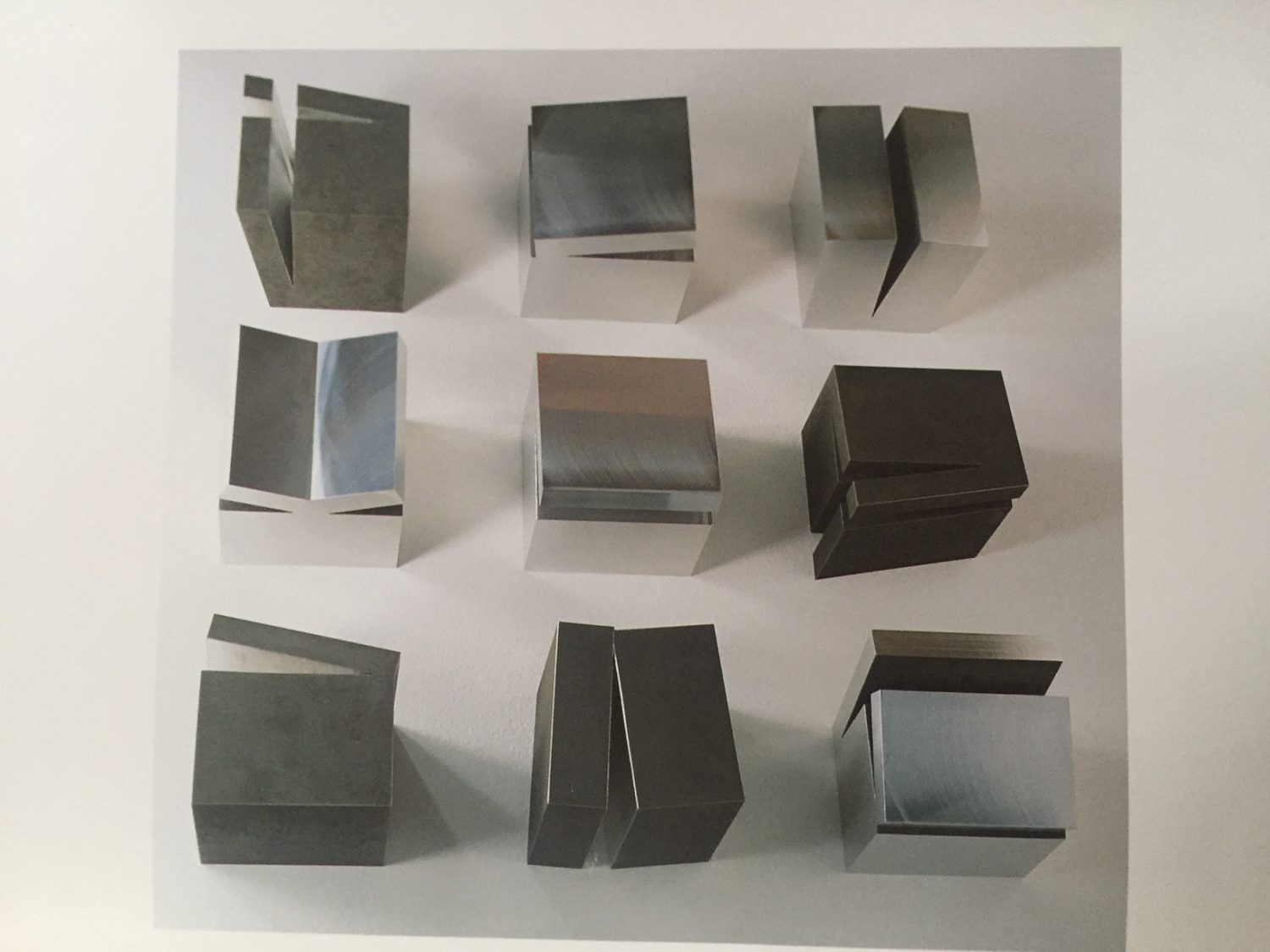 Mark Mirth, Aluminium wall hangings cubes from the ‘Mass and Symphony’ exhibition, circa 1998

We are particularly thrilled to have been entrusted with the sale of an incredible Howard Fenn tea set. The one-off ‘Kay Tea Set’ was designed by both Howard Fenn and the vendor, the latter notably using empty cardboard toilet roll tubes to model the design they wanted materialise. Although the idea came from a somewhat humble beginning, the design that eventuated is an exemplary example of the aesthetics that the Bauhaus and Modernist movements are known for. 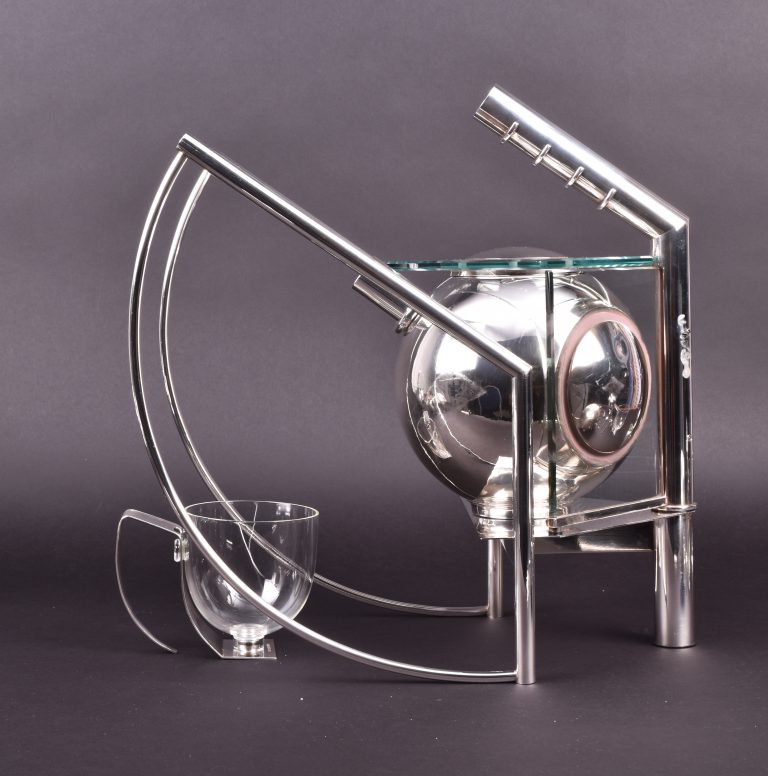 Designer and silversmith Howard Fenn (born in 1953) specialises in contemporary silver and fine metalwork, often combined with glass, wood or slate. Most of his work is completed in small runs or as one-off examples. It is rare for Fenn’s work to come up for sale at auction, meaning that when it does it is highly sought after. Recent notable sales include a pair of candlesticks and a tazza at one of Christie’s Contemporary Silver auctions, selling for £4,680 and £6,760 respectively. 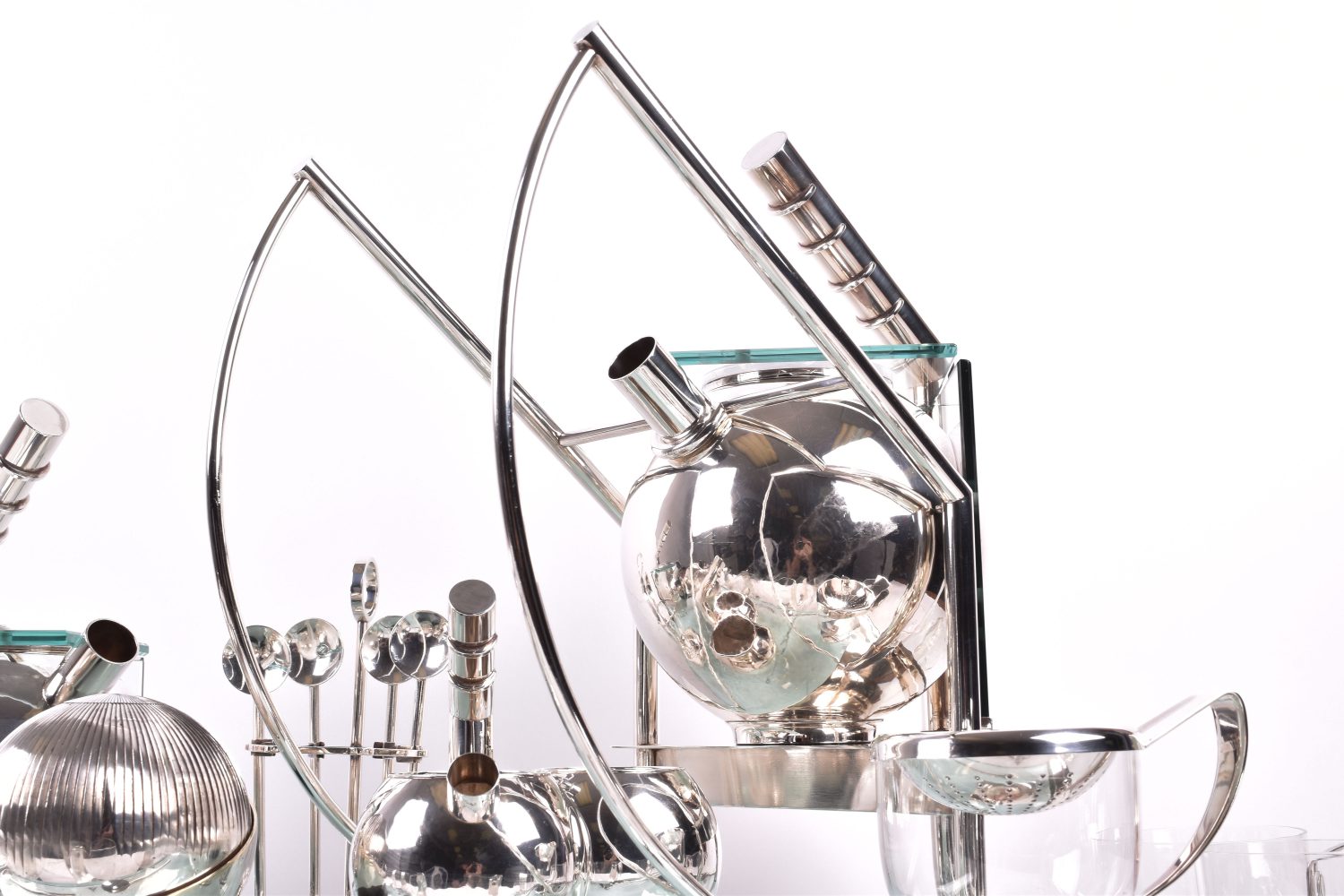 Fenn is also known for his prototype work and small specialist runs for top design companies. He exhibits regularly nationally and internationally and has work in private and public collections. He has lectured at the Victoria and Albert Museum and the Royal College of Art, and has also taught design and silversmithing at the London Guildhall University. He is a Freeman of the Worshipful Company of Goldsmiths and Chairman of the recently founded Association of British Designer Silversmiths.

Don’t miss our August 24th auction to be in with a chance of owning a piece of modern British design history.