Are antique globes worth anything?

Vintage globes can be a fascinating collectable item!

In terms of the word 'antique', one would have to say that most antique globes on the market today are relatively young, with many being under 100 years old.

As you may imagine, a globe's value can be greatly influenced by its age. Whilst a 30-inch globe from the 1930s-1960s that is in excellent condition might have a reserve of a thousand pounds, a much smaller pocket globe from the late 1700s can be worth up to fifteen times more.

WIthin this article, we will explore how to establish what your globe might be worth.

Globes from the past

In the mid-nineteenth century, globes were often were placed on beautiful oak stands in libraries. Invariably, there were two of them: with one depicting the earth (terrestrial) and the other showing the skies (celestial). Today, terrestrial globes are considerably more popular than celestial globes.

Many globes are difficult to date since their patterns never seemed to blend in with popular furnishings of the period, and maps were often updated when further geographical discoveries were made. 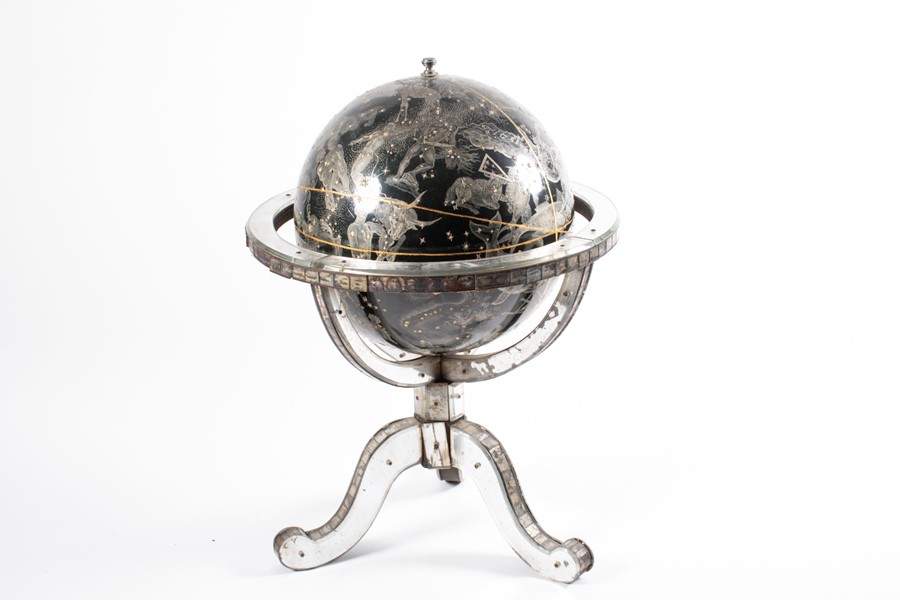 The older, the better

We all like to think that we can find a treasure in the most unlikey of places. However, it would more than likely be the case that if you were to purchase a terrestrial globe at a car boot sale, it is probably going to be less than 100 years old. That being the case, always remember to look for the manufacturer's name.

Once this is established, you can easily search on the internet and find out when that particular manufacturer started making globes. If the globe is over 100 years old, then you may have purchased a valuable antique!

How can I tell what period my globe was manufactured?

There are a few things to look out for geographically:

Other changes across the world can help identify if a globe was manufactured before the 1930s:

Where can I get an antique globe?

Globes of a certain age and condition can be fantastic investments, but where can you find high-quality ones?

You could strike gold in less obvious places, such as car boot sales or charity shops.

More obviously, there are retailers and antique shops that specialise in selling antique globes. Although, we would still advise that you research the manufacturer before purchasing the globe - just to ensure you make a sound investment.

Auctions are a great place to find the genuine article, as their expert Valuers will already have done all the research for you, and also provided a full description of the globe you might be interested in purchasing.

Why not visit one of our Fine Art, Antiques & Asian Art sales to discover some charming finds, and maybe even an antique globe or two.

The expert team of Valuers at Dawsons would be happy to help if you have an antique globe you are thinking of selling at auction. We would love to hear from you.