Our auction on the 28th October included a world record price for a Rolling Stones poster!

Genuine music memorabilia is highly sought after by collectors and fans all around the world, especially when it pertains to one of the greatest rock bands of all time. The team at Dawsons had the pleasure of auctioning off a fantastic original Rolling Stones promotional poster dating back to the early 1960s. Originating from the days when Mick Jagger and the band were only just starting to gain traction in the music industry.

Bob McGrath, who designed several Ricky-Tick club posters and was the Hogsnort Rupert R&B bandleader, designed the poster. The poster's artwork also appears on the cover of John and Colin Mansfield's book "As You Were" (2019). It is to no surprise this piece was incredibly popular with bidders on the day. So much so, it eventually sold for a world record auction price of £30,000. Find out more about this fantastic item here. 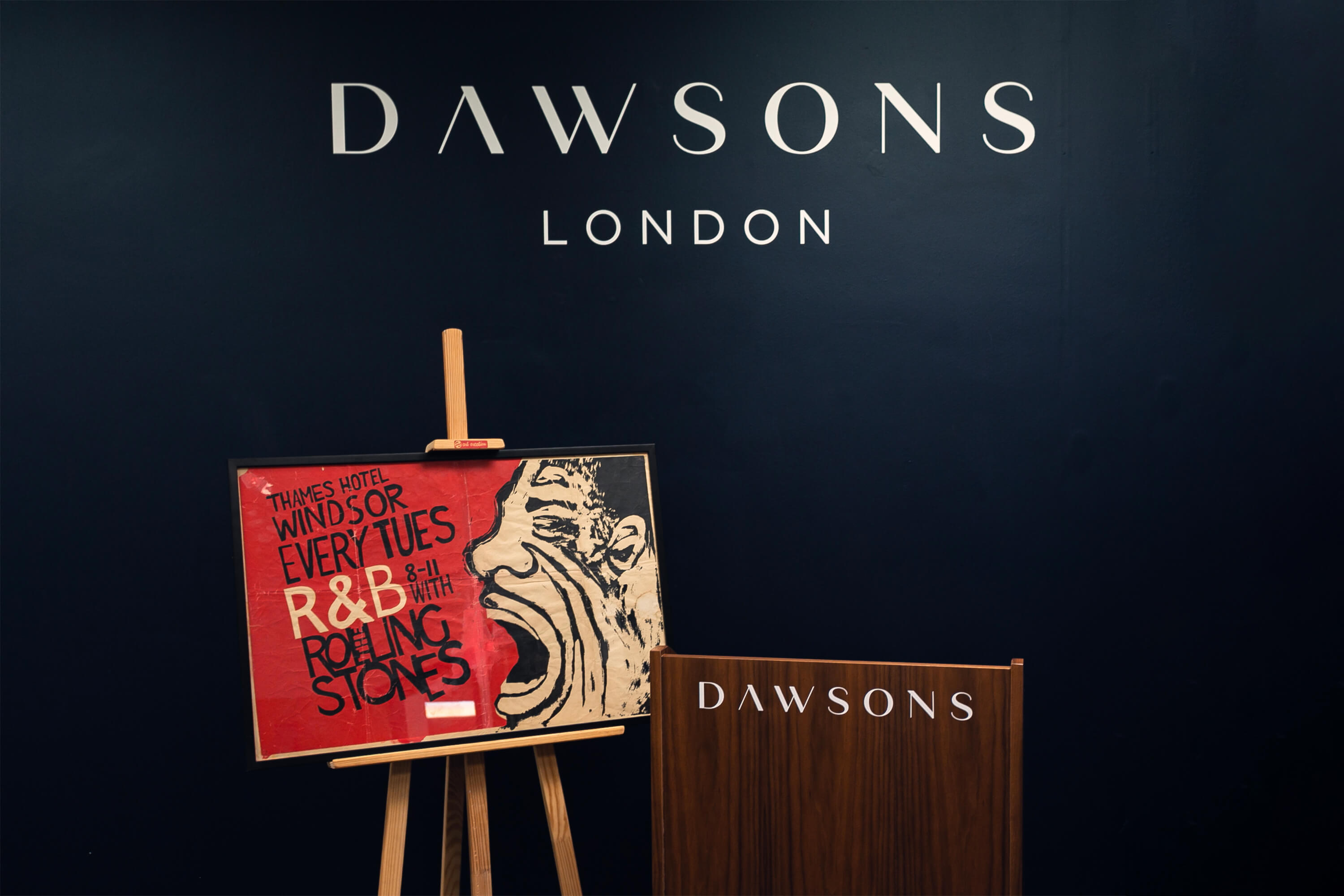 An original Rolling Stones promotional concert poster from the early 1960s. Sold at Dawsons for £30,000.

Continuing with the music theme within this sale, we saw this brilliant collage mix of different print media extracts by Peter Beard (1938-2020), signed and dated Oct. 1st, 1976. Peter Beard was commissioned to work with the album cover designers for Fleetwood Mac's album Tusk, released in the late 1970s. Larry Vigon (through marriage, a relative of the vendor) was the graphic designer in charge of the band's and record company's work. The signed presentation that comes with the piece reads, 'To Jay, Larry and Margo, with all best wishes and 'Salaams' from Nairobi... from your basic stress-victim and friend, Peter (Beard)'. A lovely personal touch to accompany this fantastic piece of art. On the day, the collage sold for £5,800. 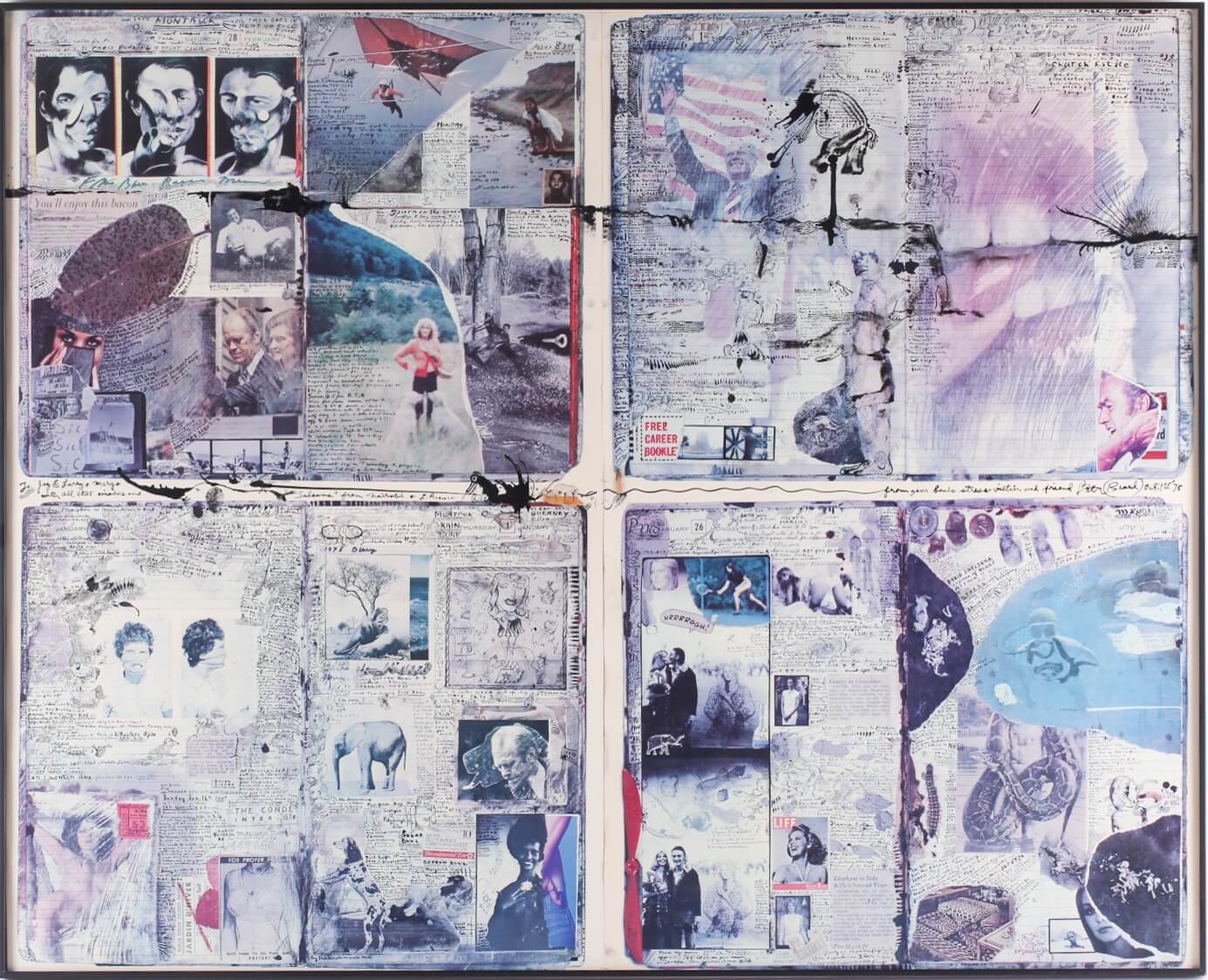 The great thing about a Dawsons Fine Art & Antiques sale is that you could never predict what items will be amongst the many wonderful lots that are under the hammer, and the next item we have highlighted is no exception... A 19th century Sudanese Kaskara sword with a silver-gilt disc pommel and diaper grip above a distinctive quillion. After some strong bidding via the telephone and online, this sword eventually sold for £8,200 on the day. 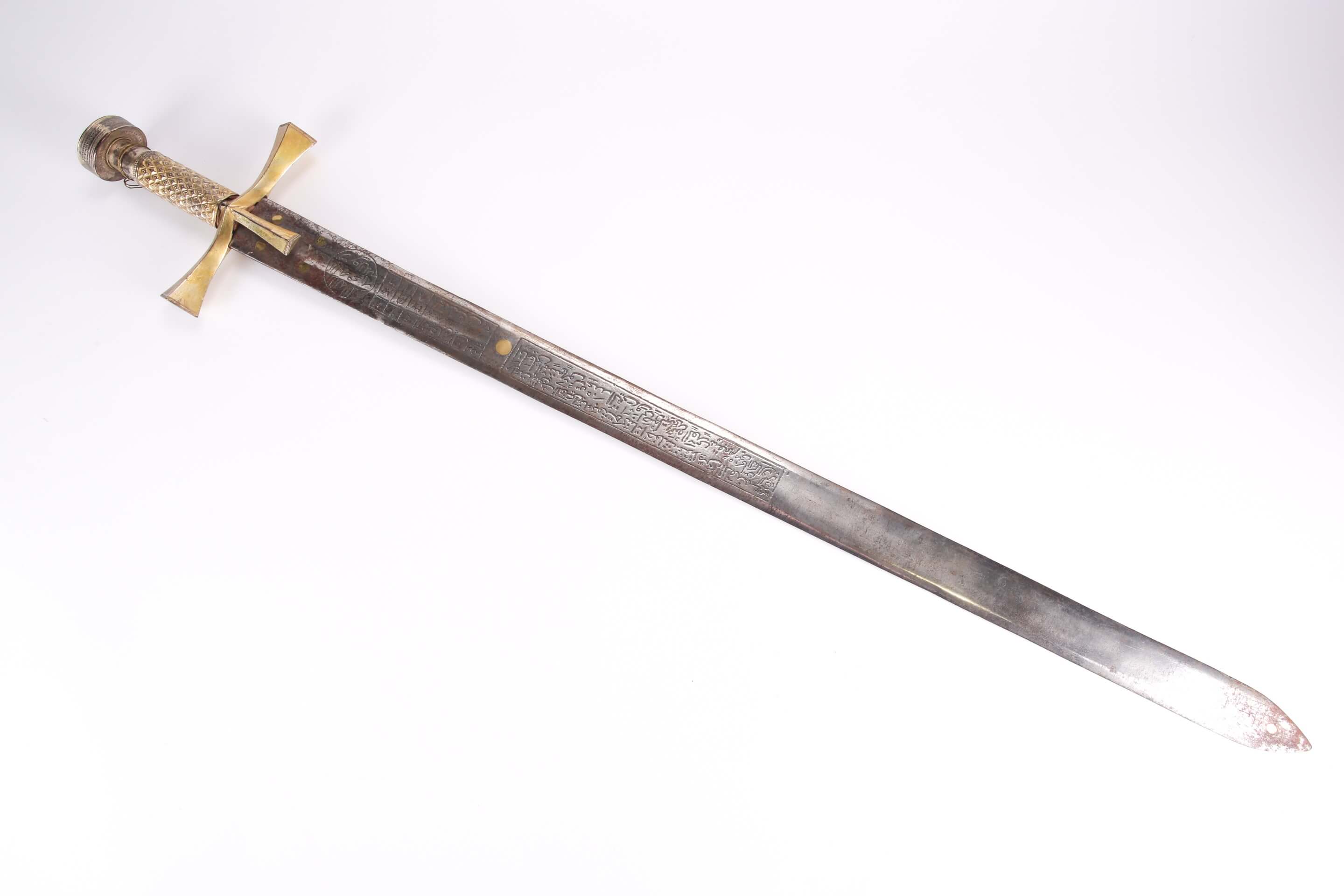 Certainly worthy of mention, is a very rare and exciting find indeed. A cast-iron bull's head wall appliqué from the gate pillars of the famous Metropolitan cattle market. Prince Albert inaugurated the market in 1855, and it eventually became the well-loved " Cally Market," the Caledonian market in the now Borough of Islington, London. Only one of these heads was believed to have survived the demolition of the market's cattle area in 1963 until recently. You can view the other when it was sold at auction by Christie's back in 2014 here. Understandably, this wonderful item was extremely popular amongst bidders - finally selling for £6,200.

Heading back to more of a current era, was a timeless Leica camera. The likes of which may well have captured some rock stars such as The Rolling Stones or Fleetwood Mac in its time. This particular camera, the Leica DBP Ernest Leitz GMBH Wetzlar M3 camera (no. 950807), was still in its original Leica case and includes its lens cap. The striking camera sold for £1,500 on the day. 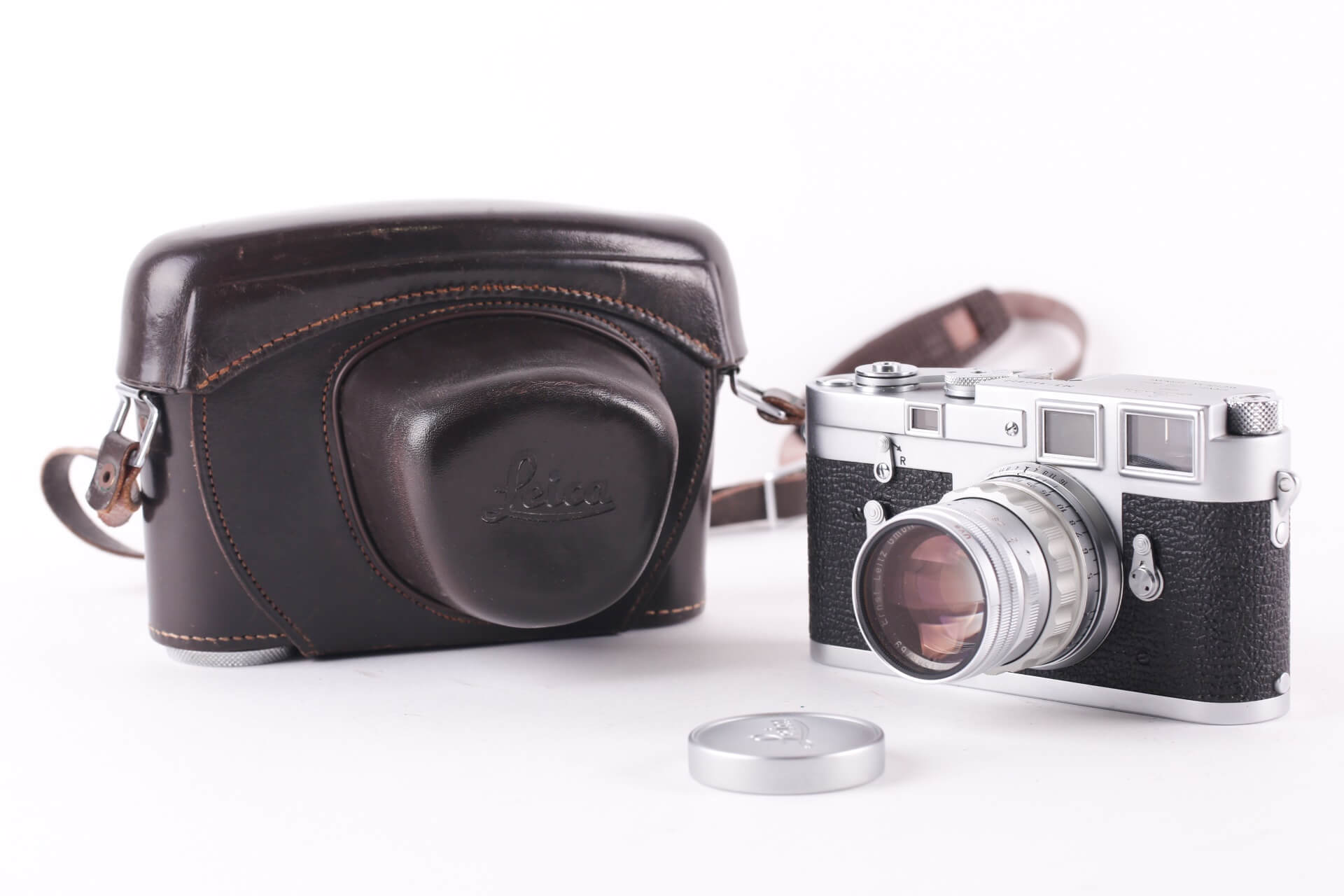 Our final highlight from October's Fine Art & Antiques sale is a Baroque limewood figure of a saint. This figure is draped in flowing garments with unique polychrome ornamentation and is 63 cm high. Our experts believe it to be 16th century and from Southern Germany or Spain. A delicate figurine such as this wonderful example are always popular and it proved to be the case on sale day, as it fetched £2,900. 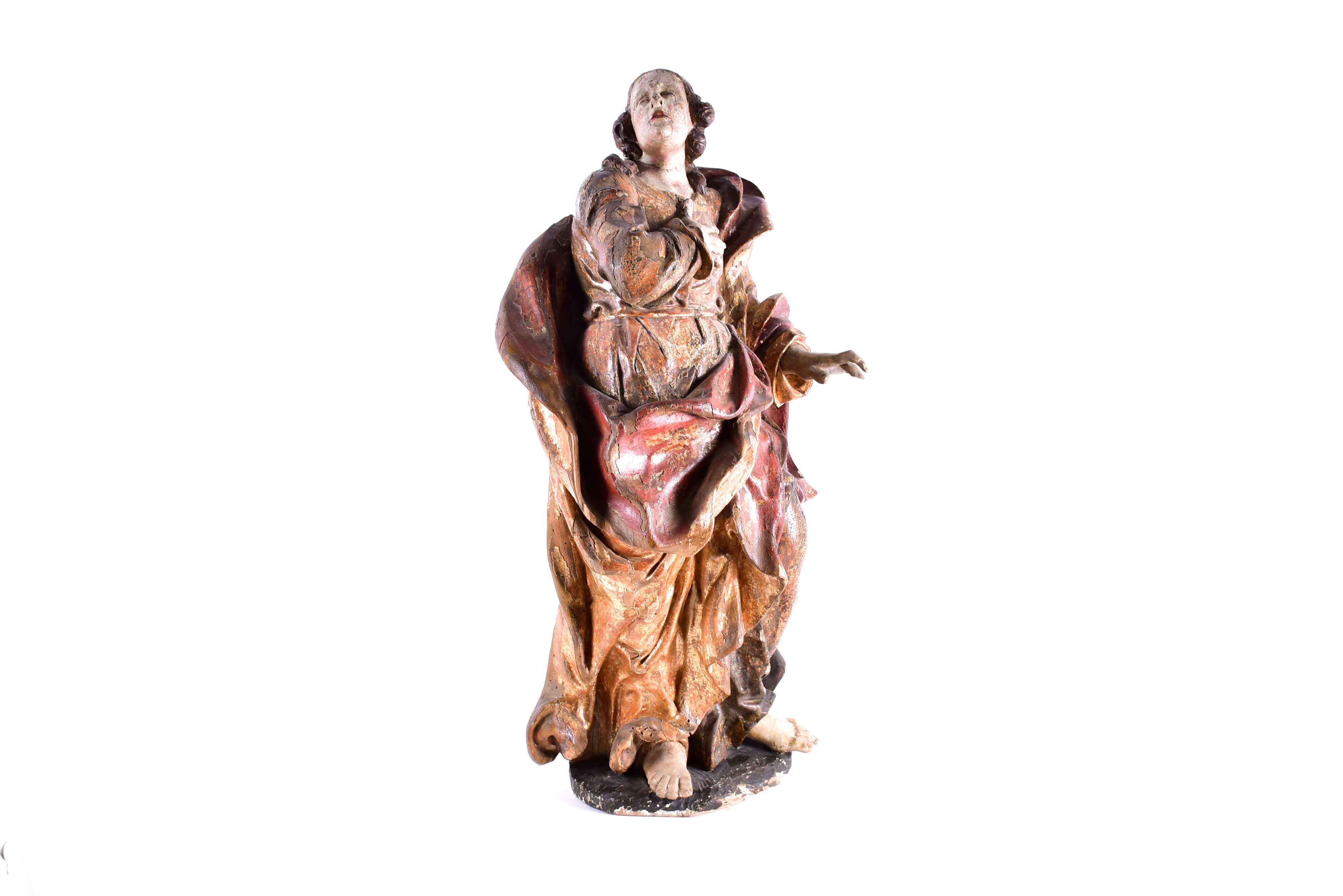 Please do get in touch, should you have any fine art or antiques that you are keen to have valued.