A 19th century dog collar from one of Sir Aurel Stein’s dogs is coming under the hammer at Dawson’s Auctioneers on the 22nd of June. 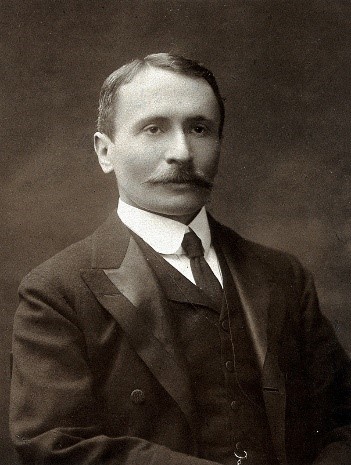 Stein was a famous explorer and archaeologist who mainly worked in Central Asia. Notably, he is famed for discovering the ‘hidden treasures of a great civilisation’.

One of Stein’s greatest discoveries was in 1907 when finding a printed copy of the ‘Diamond Sutra’. The world’s oldest printed text dating from AD 868, along with over 40,000 scrolls from the ‘Caves of the Thousand Buddhas’ near Dunhuang.

Stein was also prominent in the ‘Great Game’ between Britain and Russia who were keen to hold influence in Asia. Many of the objects he collected are now in the British Museum, British Library and the National Museum of New Delhi.

Moreover, he also acquired honorary doctorates from the universities of Oxford, Cambridge and St. Andrews. As well as in 1912, George V promoted Stein the title, Knight Commander of the Order of the Indian Empire. 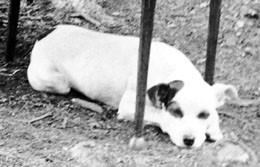 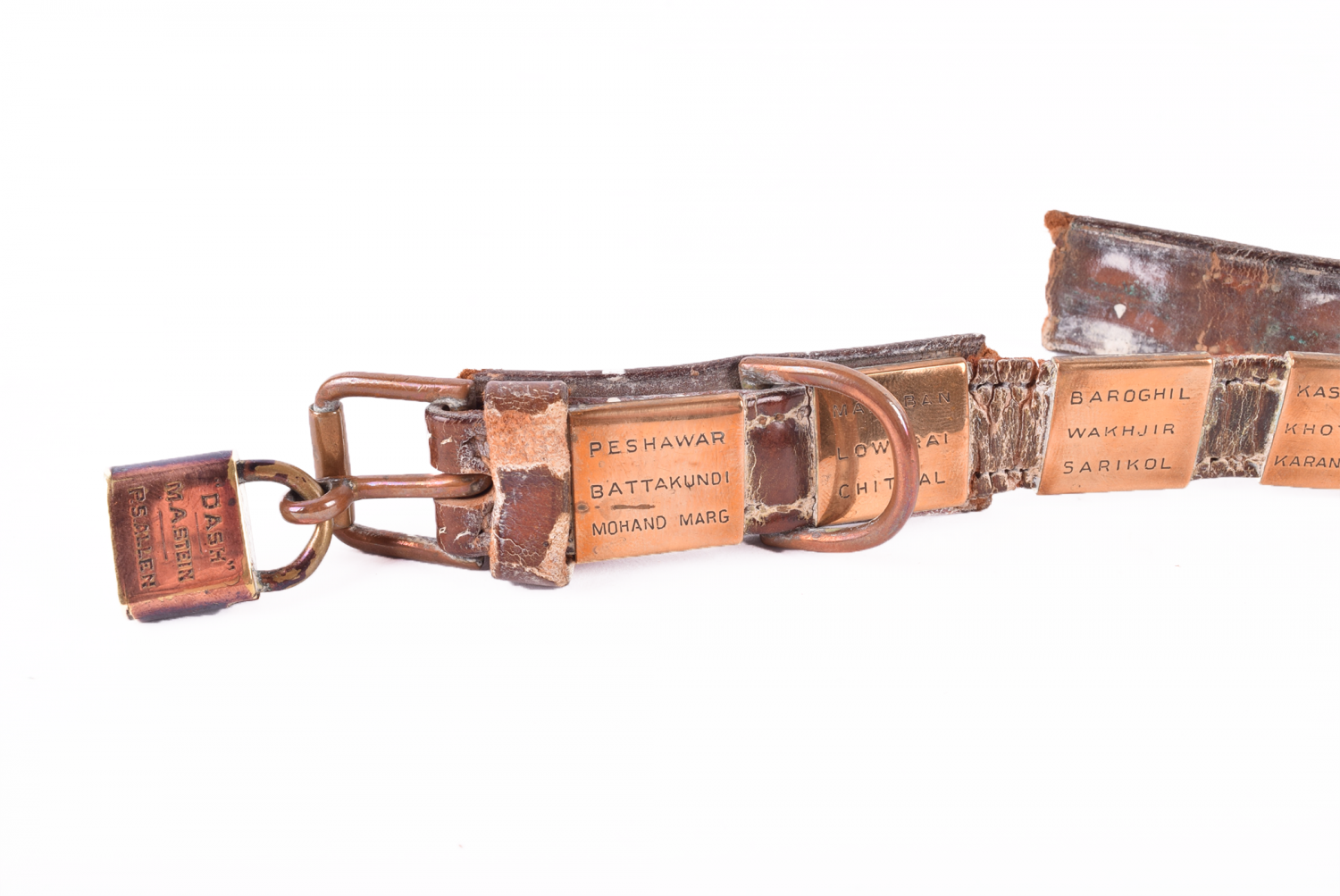 All seven of Stein’s dog’s were named ‘Dash’. Stein acquired Dash II in 1904, and he joined him on his Second Expedition into Central Asia between 1906 to 1908. This happened to be Stein’s most adventitious, successful and conclusively the most controversial expedition into Chinese Turkestan.

Dash was a common presence in Stein’s journals. Particularly in the popular Ruins of Desert Cathay (1912), often written about during tense moments.

A prominent example where Dash was present was during the crossing of the Taklamakan desert. As his team threatening to mutiny, he is thankful that Dash makes do on a “saucerful [of water] spared from my cup of tea.”

On another occasion, Stein writes about scaling the 16,000 foot Wakhji pass between Afghanistan and China. Where Dash, who is usually irrepressible, whimpers in the cold and insists on hovering underneath Stein’s fur coat.

In conclusion, this collar saw Dash the Great to the end after nine years of retirement in Oxford, with Stein’s oldest and closest friends, P.S. Allen and his wife Helen. Above all, Dash was full of independence and adventure. However, his life tragically came to a standstill when hit by a bus while roaming the streets of Oxford.

‘He has been as outstanding amongst dogs, as his master amongst men; such sagacity and such devotion…’ Helen Allen (wife of P.S.) writing to Stein.

Ultimately, a heartbreaking end for a fantastic dog that experienced so much. As a result, Dash’s collar holds memories and tells the story of Stein’s famous expeditions and is one of the most adventurous canines of the 20th century.

The collar is available for viewing on the 21st of June, and will be sold at Dawson’s in their June 22nd Fine Art & Antiques auction.

For more information on the collar, and to register to bid contact Dawson’s at: info@dawsonsauctions.co.uk 01628 944 100, Kings Grove Estate, Maidenhead, Berkshire, SL6 4DP