Mark Hill our Head of Design writing recently for his column in the Ham & High Newspaper, tells how engraved plaques on Dash’s leather collar reveal the far flung locations he visited with Sir Aurel Stein.

Striding across Hampstead Heath in the early Spring sun to value the contents of a house, I was reminded of our close relationships with our beloved dogs.

Playful, loyal, and wiser than they might appear, they are our companions on our journey through life. But I doubt that any of the handsome hounds haring around the Heath will ever experience a journey like that of the dog who wore a collar that was consigned at one of Dawsons Auctioneers’ valuation days recently. 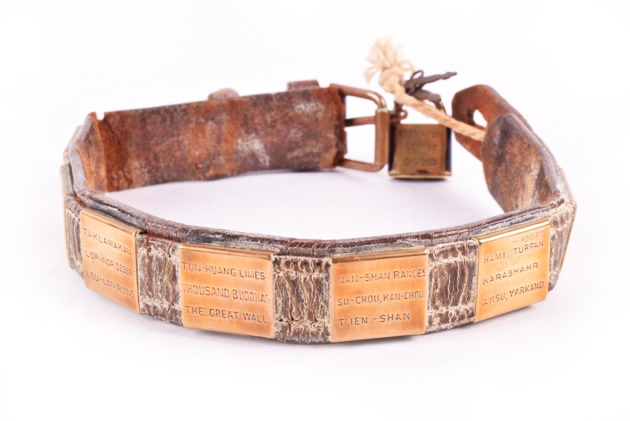 ‘Dash The Great’ (1904-18) was a Fox-Terrier owned by the Victorian explorer and archaeologist Sir Aurel Stein (1862-1943). Dash accompanied Stein on many of his journeys, including his second expedition into central Asia from 1906-08, when they notably and controversially explored Chinese Turkestan together, bringing back over 40,000 scrolls and manuscripts to Britain.

To us, used to easy, and affordable air travel, it’s perhaps hard to imagine how adventurous and even dangerous this was over a century ago. Dash was a popular name at the time, and Stein’s dog was in good company – Queen Victoria chose Dash as the name for her beloved spaniel.

Stein was obviously fond of it too, as he used it for all seven of the dogs he owned across his lifetime. It would have certainly made bellowing out across the park at an errant dog easy!

Stein’s achievements were great and many, and if you’d like to see some of the objects he collected, visit the British Museum or the British Library.

Perhaps one of his greatest discoveries was the Diamond Sutra, the world’s oldest printed text dating from AD868, found inside caves near Dunhuang in 1907. In my mind’s eye, I can see Dash scurrying around Stein as he ventured into this dark and deep ancient site. Dash was obviously a character as he is mentioned frequently in Stein’s journals, from fearlessly scaling mountains, to chasing marmots, or mounting horses. What a brave, and adventurous dog. Dash’s battered leather collar bears a brass padlock engraved with his and his owner’s name and address in Oxford. It is decorated with nine small brass plaques engraved with locations they visited together including ‘The Great Wall’ and the Caves of a ‘Thousand Buddhas’. As any Antiques Roadshow viewer will know, it’s the story behind an object that captures our minds and hearts - the value is the cherry on the cake. Competed for by collectors of travel, exploration and canine memorabilia, Dash’s unique dog collar sold for just over £2,000. 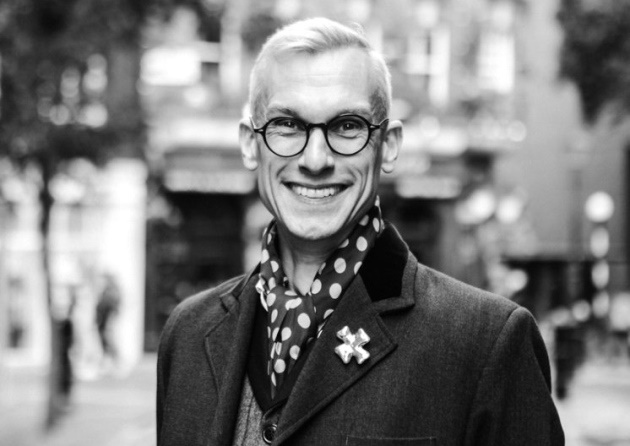