James Bond, Rolex, Omega and his other Watches

Fascinatingly, the wristwatches worn by Mr Bond are almost as sophisticated as the man himself.

It was obvious from Ian Fleming’s first novel that James Bond has impeccable taste in clothes, cars and the finer things in life. However, it wasn’t until his second book, Live and Let Die (1954), that his watch brand was identified as a Rolex. In his book ‘Casino Royale’, Fleming said outright: “He could not just wear a watch. It had to be a Rolex,” given that the author himself wore a Rolex Explorer, this information wasn’t entirely shocking.

The beginning of an era

When Bond made his on-screen début, Sean Connery was cast as the lead role in “Doctor No” – 1962. An advocate himself, the Rolex Submariner worn in this film was allegedly from Connery’s own personal collection, and throughout his tenure as 007 he continued to wear Submariners, although the straps changed regularly. The exact model, reference 6538, became so closely aligned that it is often referred to as the James Bond Submariner.

In “Thunderball” – 1965, Bond wears two watches, his Rolex Submariner, and his very first “gadget” watch, a specially modified Breitling Top Time that doubles as a Geiger counter. This authentic prop watch was rediscovered in 2012 and auctioned off the following year for £103,875.

Although other watch brands such as Seiko, Gruen, Pulsar LED and TAG Heuer made appearances, the devotion between Bond and Rolex continued until 1989.

Surprising to some, Rolex never actually paid or solicited for their product placement within the films, and they did very little to take advantage of the association. By the nineties, product placement had become a lucrative business, so creators staged a bidding war for an Official Watch of James Bond, and Omega won.

In 1995 when Pierce Brosnan took over the lead role of James Bond in “GoldenEye”, he was wearing a quartz version of an Omega Seamaster Professional 300m. Various Omega Seamasters appear in all the subsequent films, and some have been produced in limited editions and then sold to the public around the film’s premiere. In October, Dawsons got the chance to auction off an RLNI t-shirt  signed by the most recent James Bond star, Daniel Craig! 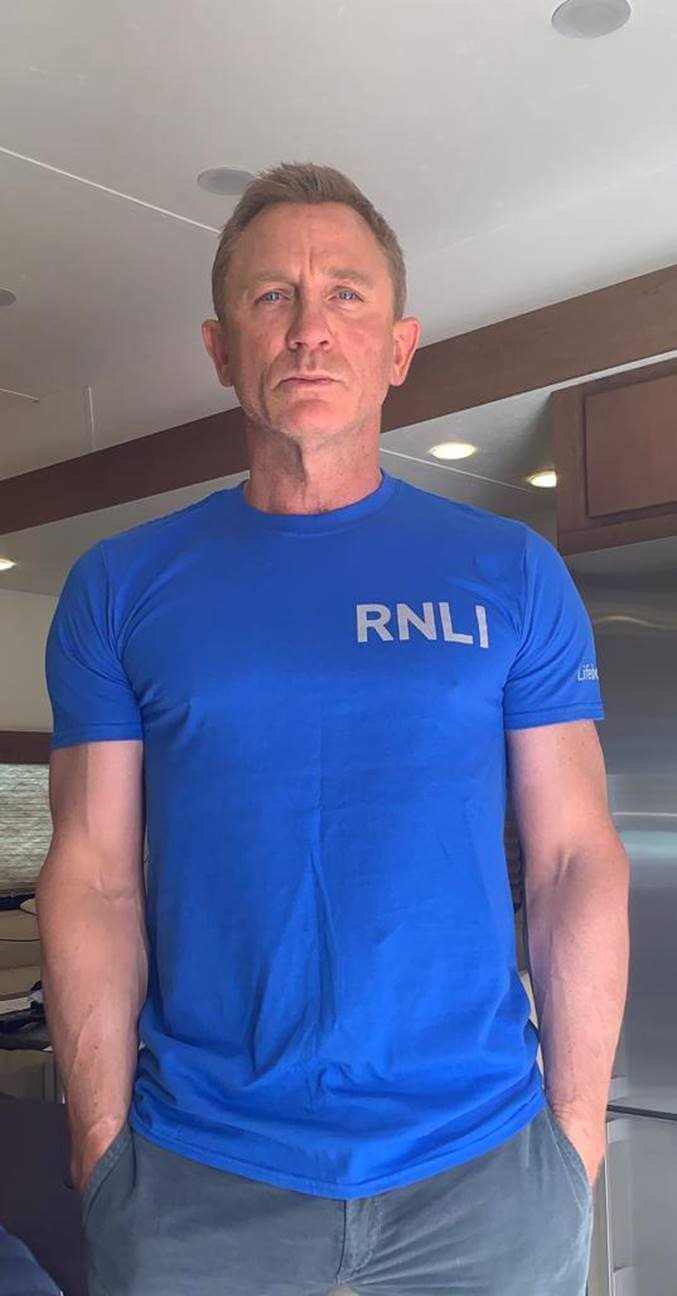 An RNLI T-Shirt as worn by Daniel Craig. Sold for £2,100 with all proceeds going to the RNLI

Many Bond fans believed he should only be seen wearing a Rolex, so Omega were understandably keen to stress their long-standing association with the British Royal Navy. The Ministry of Defence received the second-generation Omega Seamaster 300 (first introduced in 1957) in 1967 as the "official" watch of the armed forces. In the early days of World War II, The British Ministry of Defence established criteria for servicemen's watches and Omega set out to fulfil these demands. Sending more than 110,000 wristwatches to British fighter pilots, soldiers, and sailors, over half of all watches sent to the United Kingdom came from one brand: OMEGA.

When Oscar-winning costume designer, Lindy Hemming, said " I was convinced that Commander Bond, a naval man, a diver and a discreet gentleman of the world would wear the Seamaster with the blue dial" she was right on point, Commander Bond would almost certainly wear an Omega timepiece if he were a real person.

By 2006, the Bond franchise had undergone a type of makeover, portraying a less polished, more realistic character, with less bad habits (ie: smoking, womanizing, etc). When Daniel Craig stepped into the role for “Casino Royale”, there is a scene where the character of Vesper Lynd looks at his watch and expectantly asks him if it is a Rolex. He replies: “Omega,” and she judges that it is “Beautiful.”

Ultimately, it would appear Omega's collaboration with 007 will continue to highlight some of the most outstanding watches we've ever seen, and we can’t wait to see what this watchmaker has in store for upcoming films.

Please do get in touch should you have a Rolex, Omega, Breitling, TAG Heuer, or maybe another timepiece you would like our experts to value.