Which War Medals Are Worth Money?

A guide to selling different types of military medals

If you've chosen to sell a military medal, you're bound to have a lot of questions, especially if you haven’t sold one before.

You may be thinking: how much money is my medal worth? Is this a medal I'll be able to sell? Where can I get the best deal on medals? What kind of medal do I have?

These questions can even be tricky for our experienced experts, but we will aim to help you in any way we can. Once you've identified your medal (or had a professional, such as our militaria specialist, do so for you), you'll then need to determine if you would like to put it up for auction.

There are no significant limitations on selling or buying British military medals, provided they are not used to impersonate a member of the military.

Military Cross medals have been given since 1914, and older awards are becoming increasingly scarce. For example, 52,000 troops have received Military Crosses, but 47,839 of these were between the years of 1914 and 1946, meaning that when it comes to purchasing such a medal in 2022, very few are available for sale.

Other WWI awards include the British Campaign Medal Sets, the British War Medal, and the Allied Victory Medal. These medals have all been issued significantly more frequently than a medal such as the Victoria Cross. For example, the British War Medal was issued to every soldier that fought in the First World War, with 6.5million silver medals and 110,000 bronze medals being issued among those that served. Meanwhile around 5,725,000 Allied Victory Medals were issued to those from the United Kingdom that aided in the war effort between 1914-18.

The scarcity of World War I medals varies widely, and as a general rule, the rarer a medal is, the higher its value. Therefore whilst it would not be uncommon for one of these such medals to go for a respectable sum of money, the sheer number of medals that were issued means that they are worth considerably less money a medal like the Victoria Cross, which has only been issued 1,358 times. If you are in possession of Victoria Cross, you might be in line for a large payout! 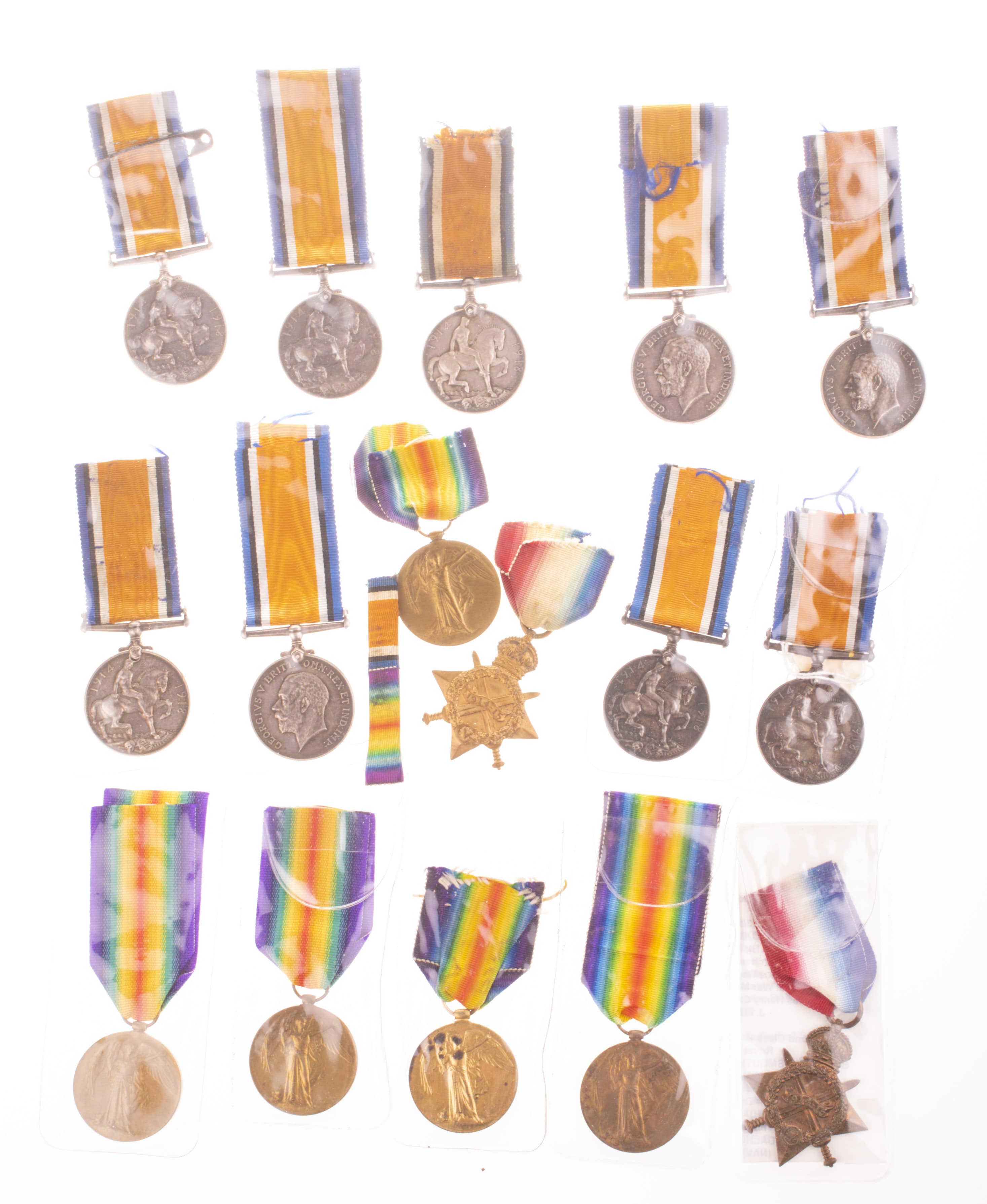 A collection of WWI medals. Sold at Dawsons for £240

With the Victoria Cross as an exception, medals from World War II are not nearly as valuable as older war medals. Medals like the 1939-1945 Star and the War Medal, which were awarded to a large number of servicemen at the time, are very common and hence are not valued at a high price.

On the other hand, the Distinguished Service Order was, until recently, only awarded to ranked officers, making the medal much rarer. These medals have been known to fetch thousands of pounds.

Additionally, specific German military medals from WWII have been sold for substantial sums. These however come with a large caveat, as the laws for selling German medals can be complicated, with many online markets understandably prohibiting the sale and purchase of Nazi militaria. The Knight's Cross was the highest honour awarded by the German military during WWII, and there are just around 8,000 in existence. 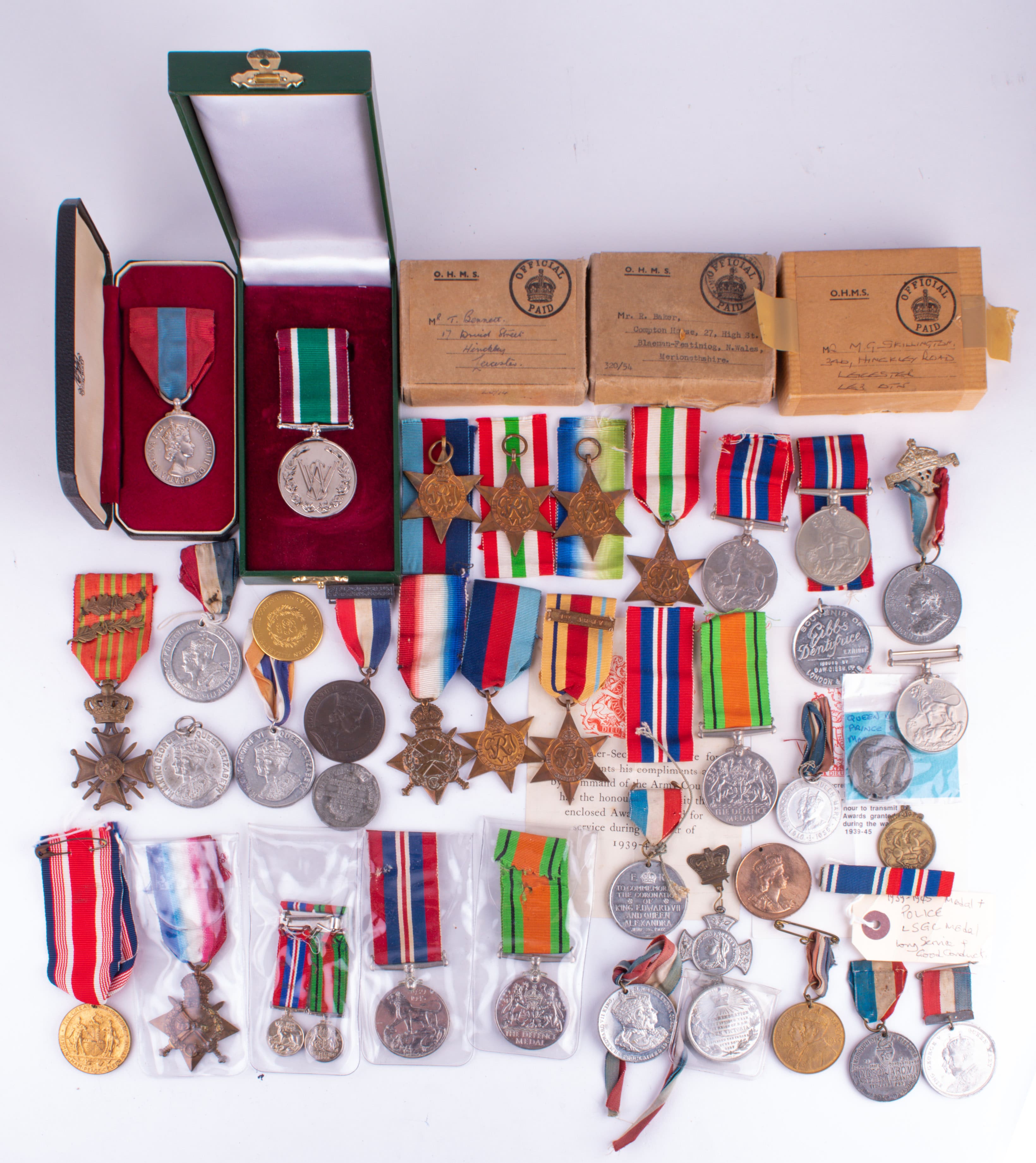 A collection of WWII medals in original boxes. Sold at Dawsons for £120.

Even if you know what sort of medal you have, determining its value might be difficult.

For example, the condition of the medal influences its worth. Broken medals, missing ribbons, and inscriptions that have been filed off are all factors that can lower your medal’s value. As with any antique, better condition means a higher monetary value. The condition of the metal is crucial, and this is an area where buyers and sellers often disagree the most.

If you have the original paperwork and presentation box for your medal, this can sometimes be worth even more than the medal itself!

The background behind a military medal can also be a key factor in determining its worth. Some collectors will pay extra for medals awarded to certain soldiers, or for medals that were awarded for specific reasons such as courage or chivalry.

It is critical to understand what sort of valuation you want and where to obtain it. As there are so many factors that impact a medal’s worth, it is critical to have your medal carefully inspected before you are given a valuation.

You should be sceptical of any business that offers you a price before actually seeing your medal. Any sort of pre-agreed valuation can prove problematic when it comes to the sale, as there is a much greater chance of the price changing from the valuation if the medal has not been closely inspected prior to sale.

Military medal appraisers who are experts in all sorts of militaria

Our vintage and antique evaluation experts have many years of experience, and our militaria and medal specialists would gladly appraise your medals. Before presenting you with a valuation, we can identify your medals and determine which of the war medal  categories they belong to.

The expert team of Valuers at Dawsons would be happy to help should you own any war medals.

Please do get in touch if you have any militaria that you would like to have valued with a view to selling at auction, especially war medals or other militaria.